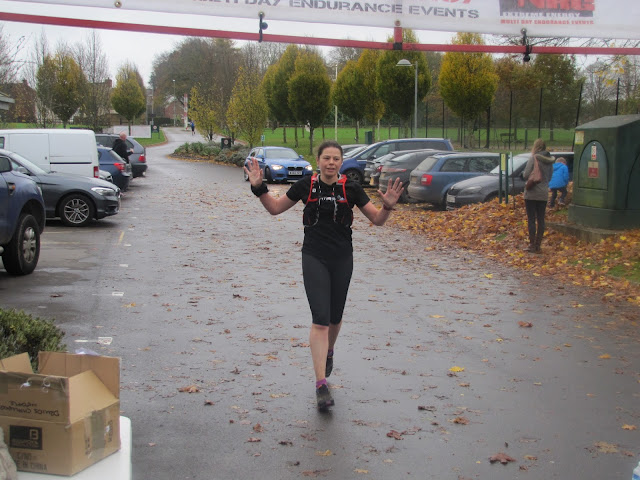 So my watch was on charge over-night and reported 100% when I put it on, but when I pressed "go" it suddenly had only 50% charge.  Hey ho.

Anyway.  Breakfast was arse - with the porridge being burnt to the pan it was cold cereal or nothing and I didn't feel like nothing so I had 3x Weetabix with a banana chopped up and lots of milk and a couple of mugs of tea.  So far from my usual food and I've not had banana since Cat Faux gave me half of hers before I did a couple of London Triathlon relays in 2013 (which was again the first banana I'd had in over a year).

Day three and the diesel engine was starting to wind up.  I ran more of this day than the first day.  I felt better, more able to run and the running felt better on this day.

To be fair, the elevation profile was gentler on this day, but *oh boy* was there a sting near the end in a downhill on tarmac which resulted in me being in tears and I heard folks behind me shouting obscenities due to the pain in their quads.  Harsh work so close to the finish and it really shows you where you've not taken care of your legs on the earlier downhills. 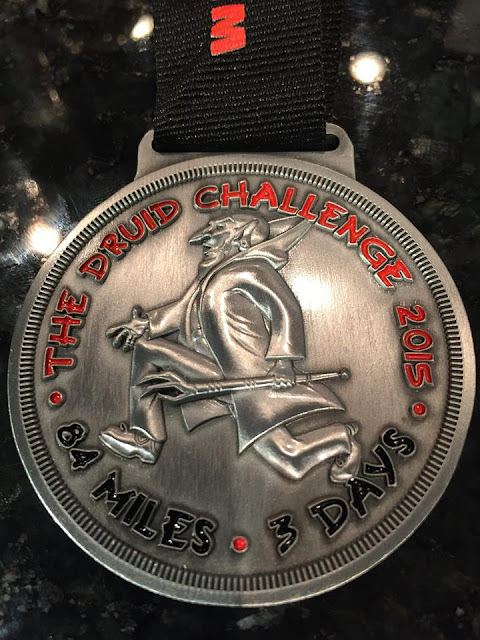 At the end, I was glad for it to be over.  The chap I came across in the last few miles was right about where the finish was and it was further away and more up a hill than I was happy about while we were talking.

I feel like I earned this medal and the long-sleeved top we were given at the end.  I didn't have the greatest physical performance compared with what I think I'm capable, but mentally I did a great job of getting over having a pretty terrible first day and various setbacks around availability of food I prefer to eat for breakfast and evening meals as well as pretty evil blistering on my little toe.  I was grateful for Tina the foot-care specialist and the job she did in holding that toe together enough to get me through days 2 and 3.

Ultra, to me, is about problem solving and overcoming adversity.  If it were easy, I would be less interested in doing it.  Though I do think it's easier than straight-up road marathons in many ways, it's only because I'm in a place where I want to compete at road marathons, but I'm still mainly completing ultras (which are also mainly off-road) as it's so variable and new and I've not done the same one more than once (yet).  And I think it's something I can sustainably do for many more years to come. 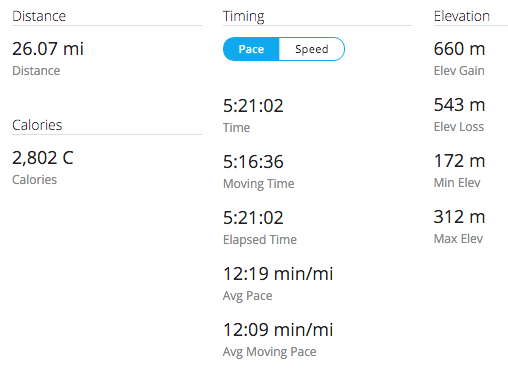