LEJoG 2017 - looking back and forward 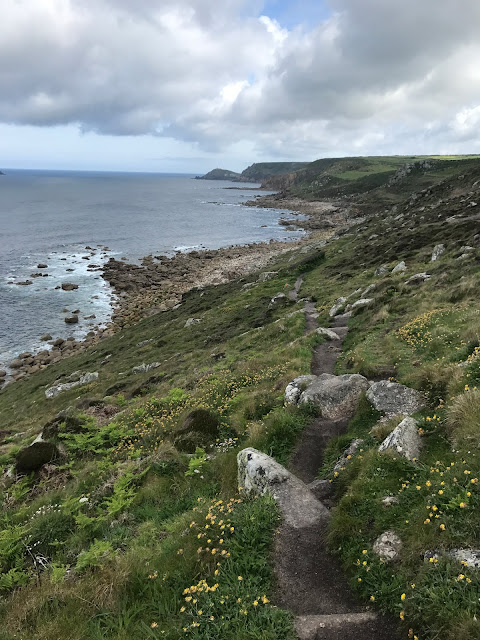 If you don't follow me somewhere else on the Internet, the latest is that I had to stop after 21 and a half days due to excruciating pain in my leg, most likely tibialis anterior tendinitis. 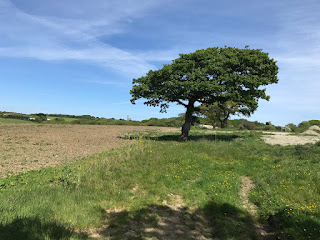 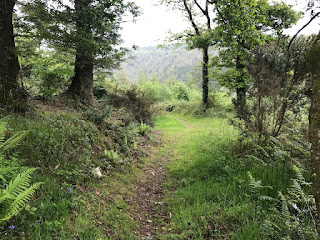 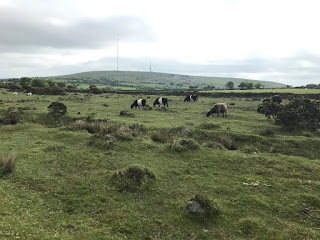 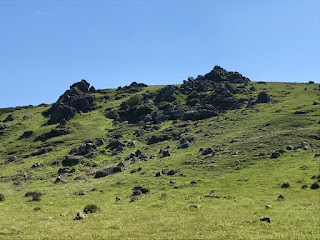 I tried to rest for a couple of days to let things heal, after a local GP had a look at it, but even staying off it for 2 days made zero difference to the amount of pain once I'd really got going for the day's distance.  I tried strapping it and bracing it, but it got so painful that I ended up howling with pain and unimaginable amounts of tears and snot streaming down my face for the well over an hour it took me to get down from Minch Moor to Traqair.  At that point I was in the most pain I've ever been in, including when I broke my collarbone towards the final 15km of the bike leg of Ironman 70.3 Galway in 2012. So I decided to get myself to the nearest A&E as I was worried that it was something broken.  Luckily for me there was a health centre in the village a couple of miles away and they helped me get a taxi to Borders General hospital. I left the hospital with a pair of crutches, a letter to my GP, and instructions to stuff my face with Ibuprofen and paracetamol for a couple of days and then just the Ibuprofen for the rest of the week. I'd been avoiding NSAIDs to that point, due to it being a super bad idea to take those while doing heavy exercise. After 2 days, however, the pain was hugely reduced to the point where I was OK walking a bit without crutches, but my leg/ankle still got creaky and sore after a while. So, I've been really doing nothing now for a few more days (it's 5 days now since I stopped) and there's a little swelling still and some restriction in flexing my ankle in either direction (I've been doing exercises to make sure it doesn't get stiff), but I've been tentatively looking at when I can get back and finish the route. Sure, I could have taken Ibuprofen for the remaining 15.5 days and carried on in the hope that it worked well enough and didn't cause my kidneys to give up, but I wasn't willing to do that to myself. I'm stubborn, but not totally stupid.


I've done 630 miles. There's 405 left to do. I need to avoid (Scottish) school holidays and key work events and negotiate *another* 2 weeks unpaid time off, but it looks like later in October might work and I should be well recovered by then. 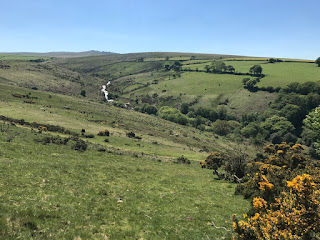 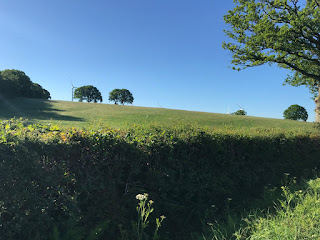 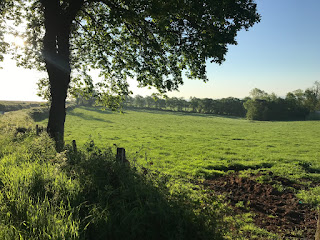 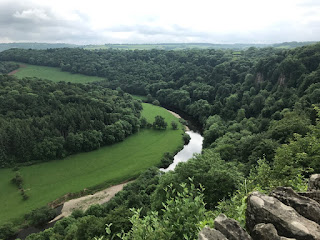 Looking back, it's slightly surreal to think of how far up the UK I got - well into Scotland, not far short of Edinburgh. I saw some beautiful and very varied scenery, pretty villages, brilliant cafes, pubs and B&Bs. I problem solved my way through many obstacles: ankle to shoulder height nettles, gorse, thistles, holly and hawthorn; electric fences; barbed wire; herds of cows; very anti-social land owners (hey, yeah, I'll just stick a head-height bank of soil and a ditch across the entire width of the field and an electric fence, a hawthorn hedge and some barbed wire!); broken stiles and bridges; broken/locked/wired shut gates; missing bridges; unrelenting sun for 2x days with no shade; cold; wet feet for 12+ hours; 45-50mph winds while up on the highest point of the moors... etc. I've met some really lovely people and been shown great kindness many times. I've spent days where the only talking I've done is saying hello to cows and rabbits. I've gotten a *lot* of vitamin D! And I've raised over £3,500 for Public Health Collaboration (so far)! My muscles and engine were fine throughout. I slept really well. I used every single piece of kit I'd packed except the two things I'd really only need in the more remote bits of Scotland - a fabric bucket for collecting water, and a water bottle with a filter in it. 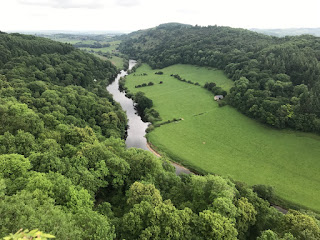 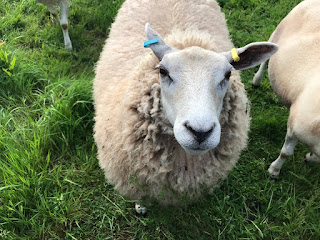 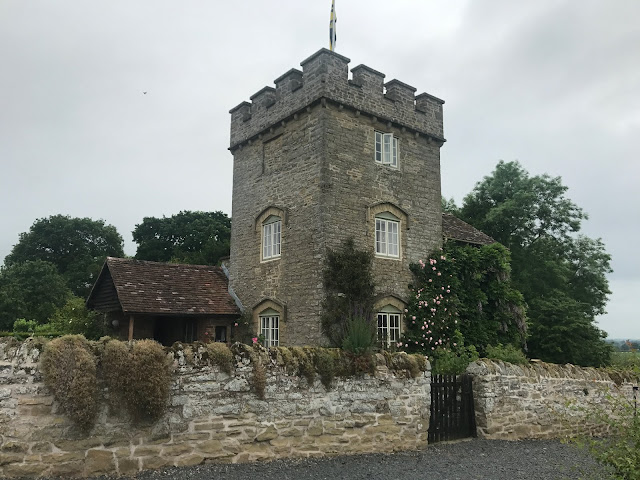 It's been an amazing experience; sure, there were tough bits and I got frustrated and upset a good few times mainly due to people being unthinking/inconsiderate (e.g. car drivers who have no idea of the highway code and how to deal with pedestrians). But it took a biomechanical breakdown to put it on pause for now. 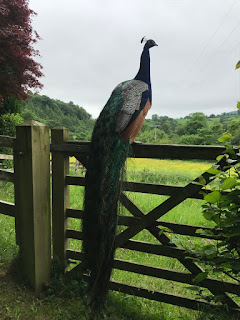 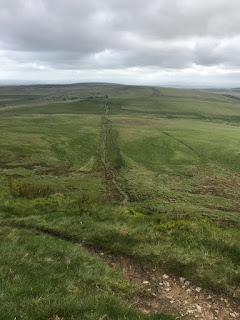 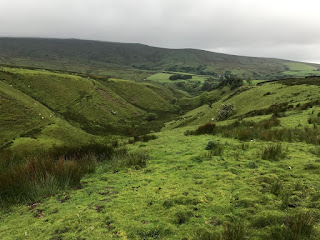 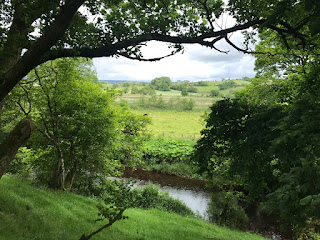 I've got pretty bad blues - I wanted to do it in one, and I'm really missing being out in the countryside whatever the weather. Need some time and care before anything hard - physical or mental. 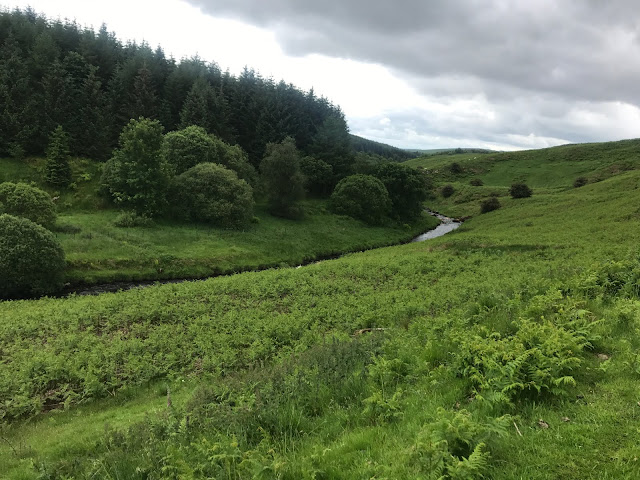