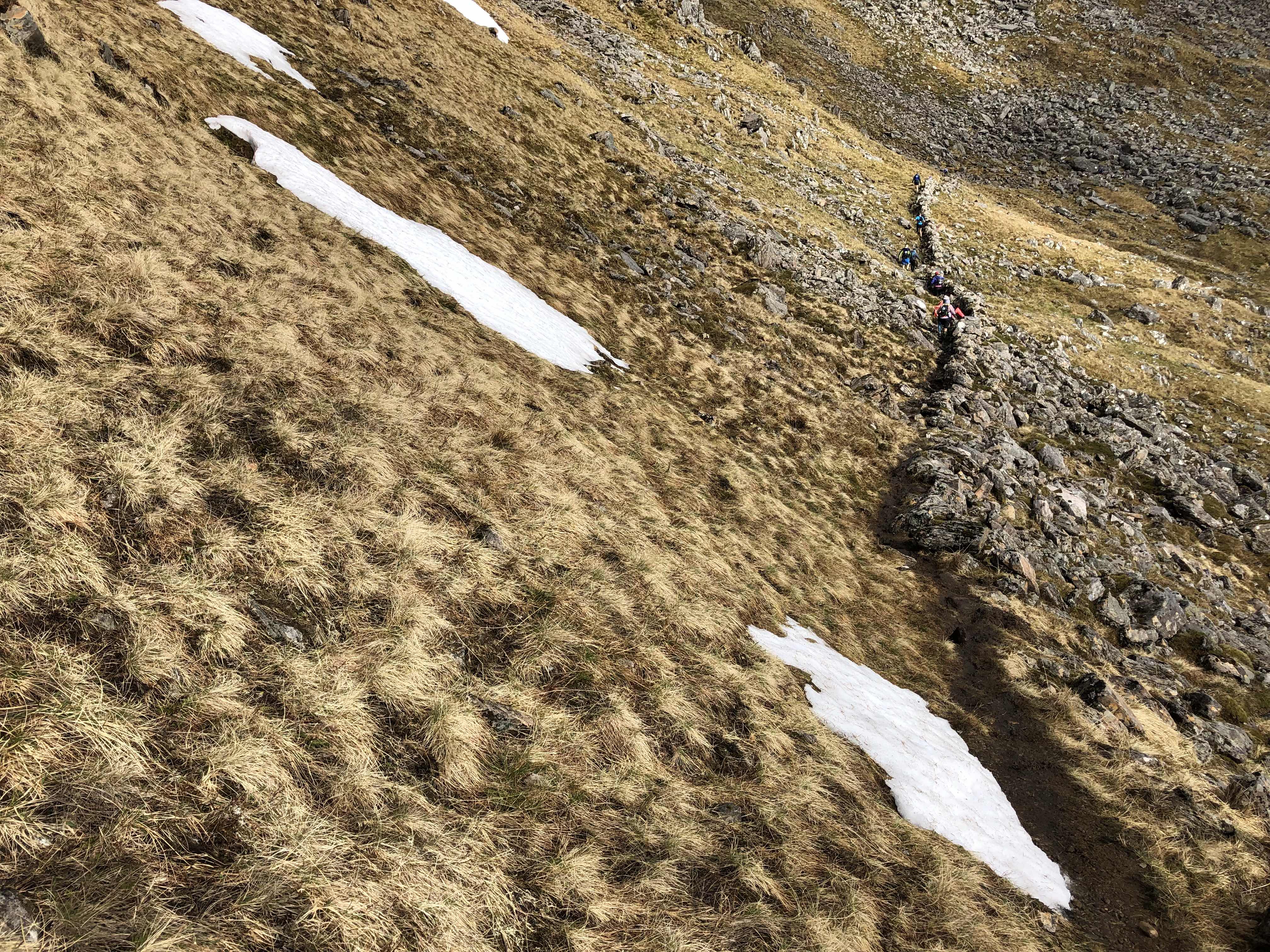 The short version - I timed out at CP1 on day 3 after learning a lot about my lack of experience on technical trails.
The longer version...
The Cape Wrath Ultra is an 8 day expedition race, starting near Fort William and ending at the lighthouse at Cape Wrath after approximately 250 miles and 33k feet of ascent. Having run for 10ish days consecutively in the Scottish Highlands last year, covering about the same distance and the same elevation, I had a romantic idea that this race would be the same thing again but just with less weight on my back and slightly longer days to cover it all in 8 instead of 10 days.
Day 1 of the race was pretty fine. A bit too much road for everyone's liking, but nevertheless not far off what I was expecting at all. Camping with 7 other women in a huge tent was less scary than I thought, too. I was 5th into camp from my tent and in just under 5 hours so I felt pretty good about how things were going. 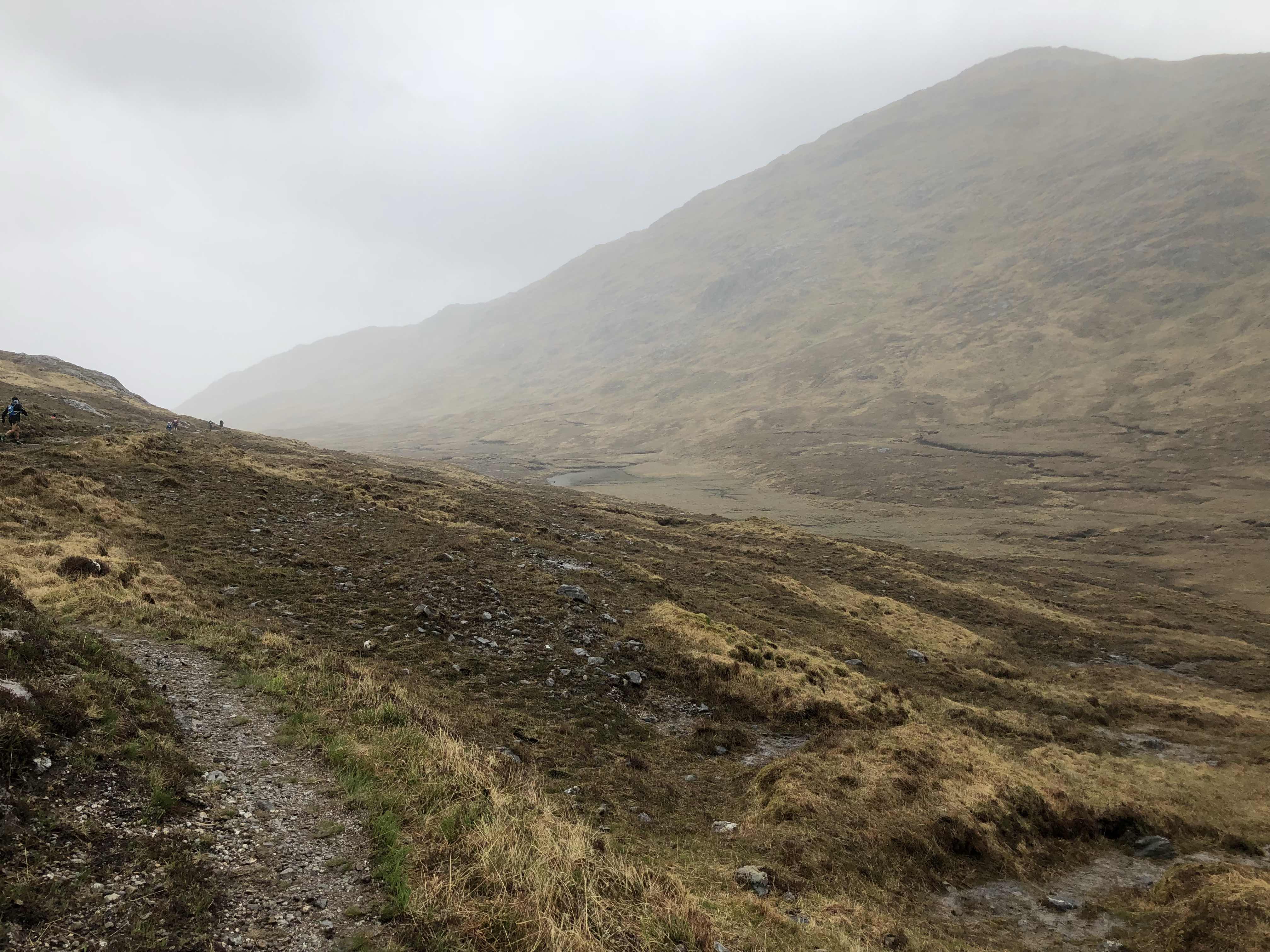 Day 2 was a whole different ball game. With the forecast being for rain and wind all day, we all suited up in waterproofs in the morning and got pretty cold and with numb fingers within the first hour. I don't remember a huge amount about the route as it was all along boggy trails, stream courses and on trails where the trail wasn't visible, so I had to pay attention to the ground pretty much the whole way. Also there was a lot of wet boulders and in the final section around the edge of a loch, some scrambling over and asking the edge of rocky "paths". I felt anxious on behalf of anyone who would be covering that section in the dark later, as it was I made it in to camp a good hour and a half ahead of the course closure for the day. There were a few who didn't and were retired from the race.
So it took me 14 hours to cover 35 miles and 6.5k feet of ascent, but it was the descent that was hard on my legs and the frequent clambering over wet boulders and loose rock. I wasn't feeling great in my head and had a chat with some of the race staff about the likelihood I'd get around day 3 in the allowed time. I was facing 42 miles and a shit-ton of ascending but someone who'd done the race in 2016 told me that it wasn't as difficult going as day 2 had been so there was a good chance of being quicker. I went to sleep unsure of what I would choose to do in the morning. 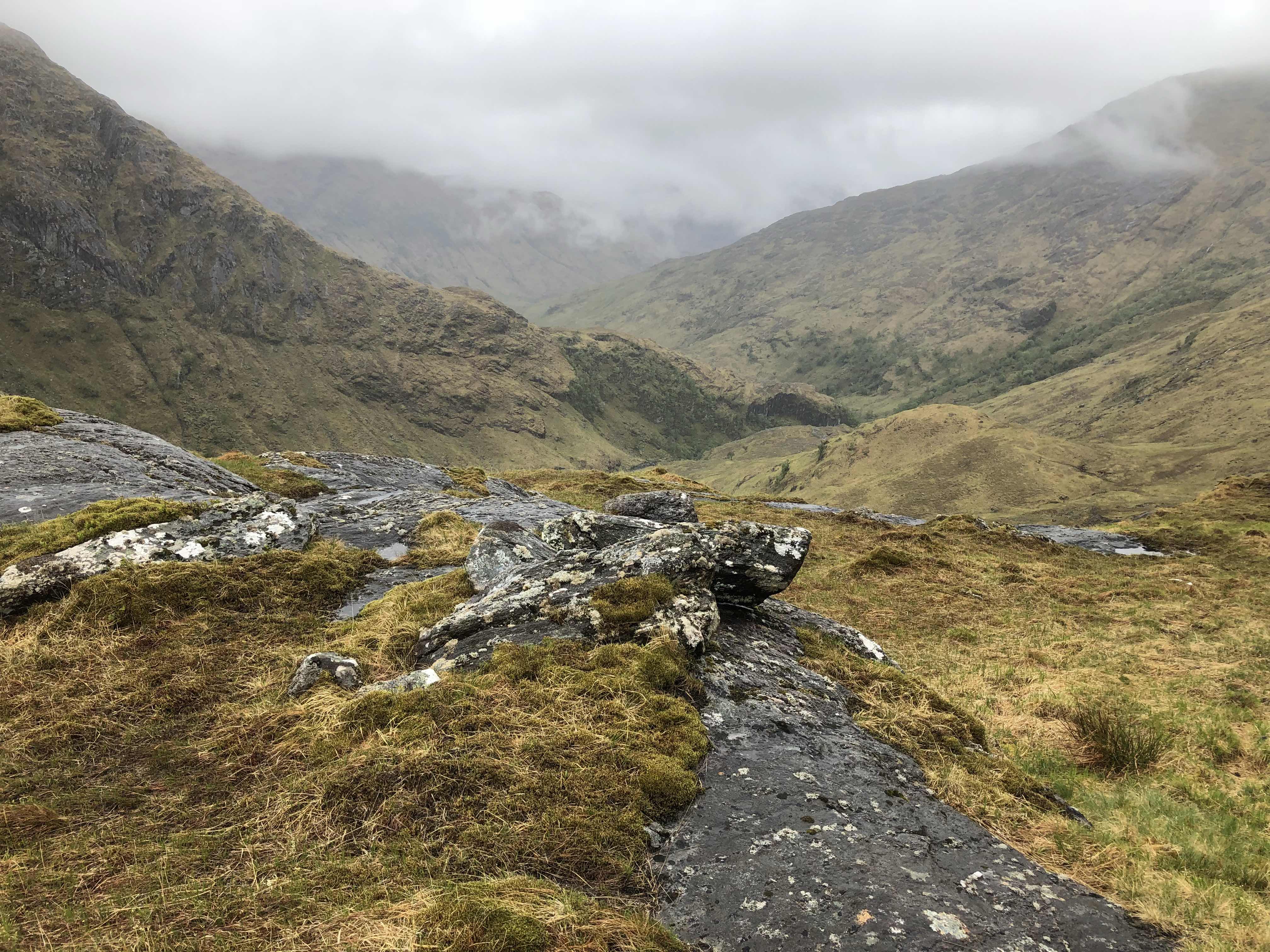 Day 3 dawned and I started out just as if I was going to head out for the run. I had some breakfast for once and packed up my day bag with water and snacks and set it into the sunshine (and very cold wind). The first section was a lot of uphill over very easy ground, so it was hard work but very manageable. We then came up over the top of a lower gap between two peaks and over the other side to descend down again. This is where it started to get hard.
The route was along what looked like a wall of boulders that had been placed to stop something from sliding down the mountain (see the first picture in this post - zoom in a bit). The problem was that the path to follow was over huge, loose boulders with big gaps in between. Prime territory for snapping an ankle (or trekking pole, it turns out) or twisting a knee pretty badly. This is surface that I've really zero experience on, so I was really really slow and I started to lose a lot of time. Then once we were lower down and I'd long lost sight of anyone else, the trail wasn't visible on the ground and some of the route was off-trail in any case. So I wasn't amazingly fast on some of this section until I passed one of the other runners and found it a lot easier to navigate due to not needing to look at my feet all the time.
I crossed the wide river further down than was recommended on the route, but it was a lot shallower there so I was fine with that choice. At this point I thought that passage point was the one with the 11:30 guidance time and I was right, but I didn't look at the time yet. I was demoralised still from the previous day and the earlier rocky sections and I think I'd checked out in my head already.
However, I carried on making progress towards the next CP, which had a hard cutoff of 12:30, still having not checked the time, but making easy ground. The route passed a camp site at that stage and for the first time in 3 days I really really needed a poo right now. However the camp site wasn't publicly accessible, so I couldn't use the loo. I had to find some tree or bush cover and I was, of course, now in a populated area. So I kept an eye out along the short section of road and spied somewhere I could hide for a swift one. Yes it was nettley and brambly and I got scratched and stung but at least I didn't crap my shorts!
Literally 300m down the road from that quick pit stop was CP2. And a 12:30 cutoff. And if I'd run it, I would have just made the cut off. But I didn't really want to, so I walked on in and when the race staff apologised for having to stop me, I was actually grateful. But at the same time disappointed and ashamed. 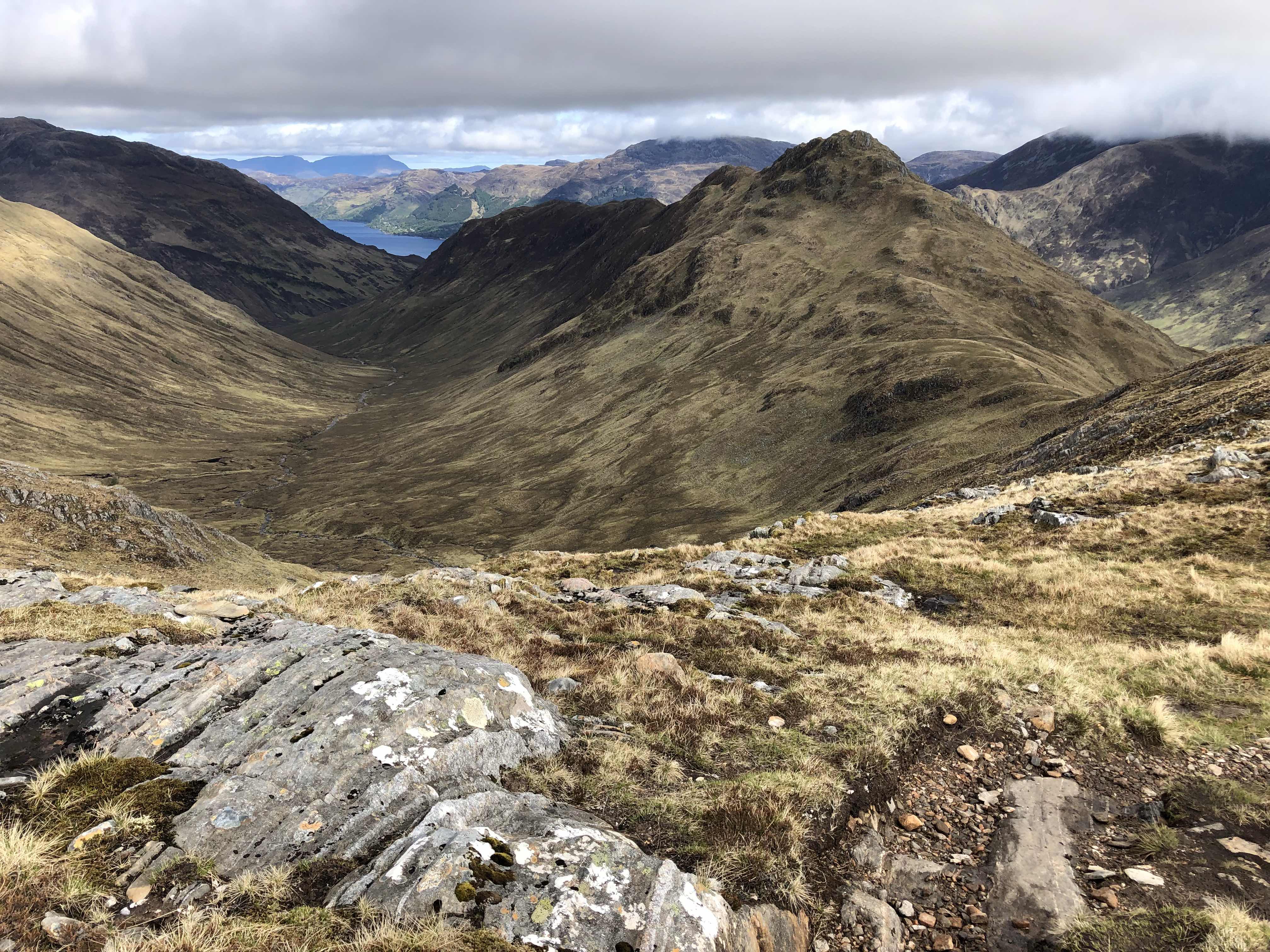 From the way the race was publicised, it had never crossed my mind that it would be this technical. So it never occurred to me that I'd need some more mountain skills than I have right now. I thought it would be a tough and honest load of climbing and running on trails which would give me a decent challenge but I'd get around within the time allowed and be wrecked at the end. In reality, it's really not that simple. 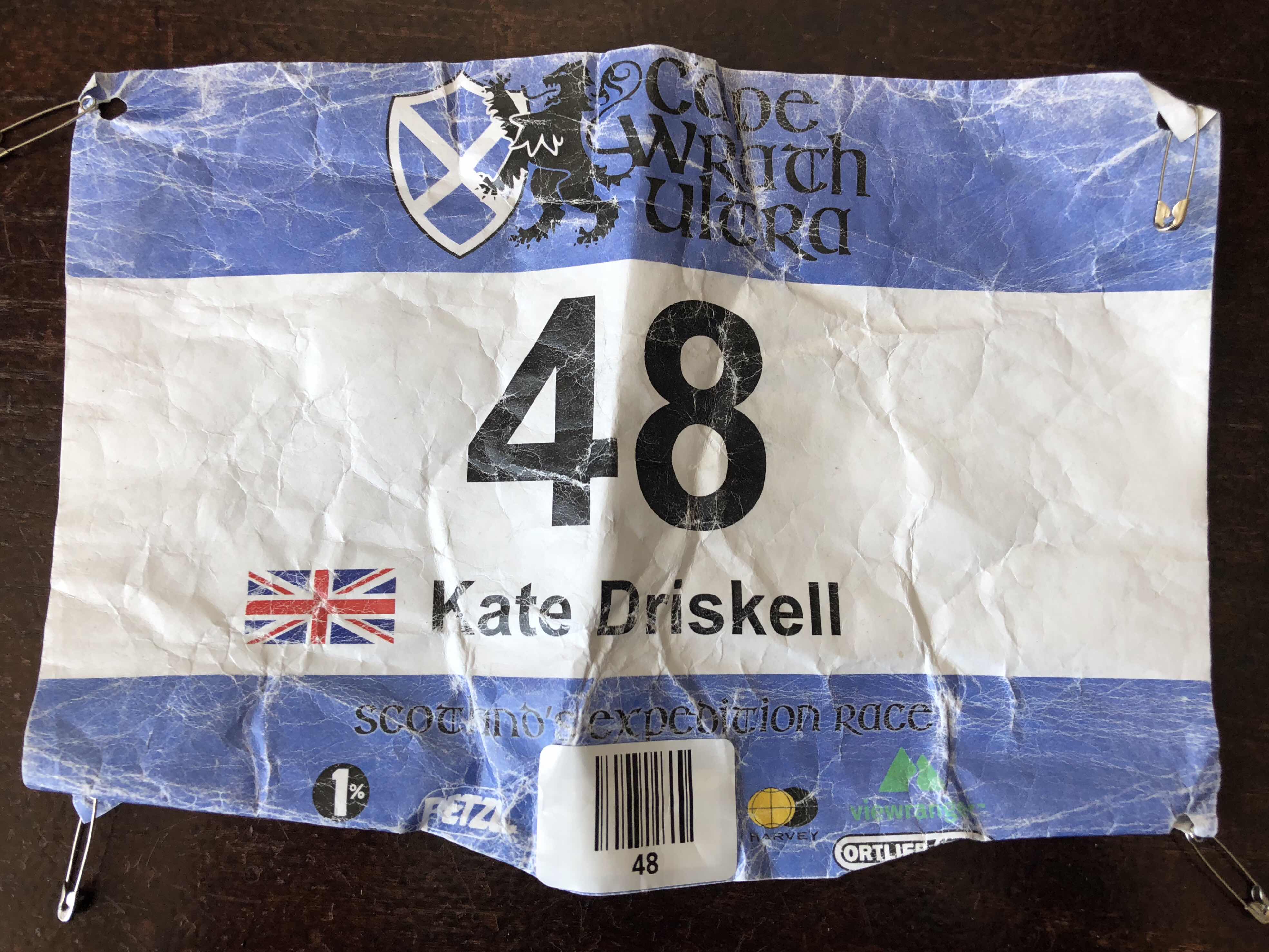 Folks who did well in this race were either mountain and/or fell runners or adventure racers with a lot of experience. And I think the race publicity is a little disingenuous not to be more clear about the terrain and surfaces and skills needed to be successful with this race. Yes they are clear with the distances, elevation and that you need "mountain skills" and to be self-sufficient. But, in my opinion, that's all too vague and encourages folks to enter who range from a bit under-prepared to fairly dramatically under-prepared. I like to think I'm more towards the earlier end of that spectrum. It's a pretty expensive race (logistics, equipment and staffing really kinda justifies the cost), though significantly cheaper than MDS, for example, it's still a fair old chunk of cash (even if you're not one of the Malaysians, Japanese, Australians, or Americans who came over to race it) and a race that's not without personal risk and I think there's more responsibility to be taken by the organisers on this front.
I'm coming away from it with a mixture of shame at my own lack of experience, disappointment at not finishing, and a little bitterness that the conditions were not made more explicit. I don't like being beaten and I want to be better at this stuff, but I also want a fighting chance to prepare for it, which I don't think I quite had here.
Time to rest and relax a little, with some active recovery, and think about what I want to do next and whether Race Across Scotland is still what I want to be doing in a couple of months.
Posted by TOTKat at 11:40 No comments: