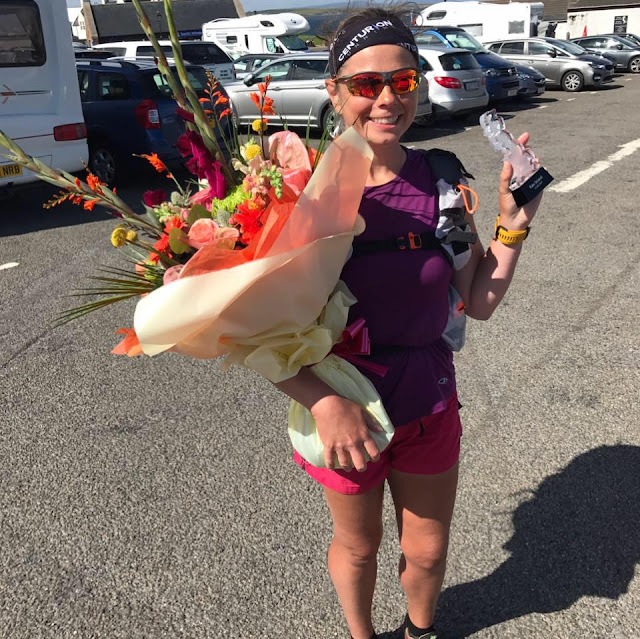 2017 was a difficult year for running.

At the start of the year, I ran Country to Capital for a 3rd time and it was an utter death march to get to the end of it. My slowest showing on that route, despite the pretty good conditions. I needed to grit through it despite having nothing to prove, I did need to use the experience to feel the discomfort of finishing in pain when I just wanted to stop. It wasn't going to cause lingering injury, so it was fine to push through it for 24 miles of unpleasant slog to learn how to do it for when there is actually something to prove. Then I was persuaded to run The Moyleman (which I'd failed to finish the year before - I'd had enough at half way and got a lift to the finish), which was actually quite fun despite the fact I'm not much of a fan of the South Downs. After that, it was a few longish weekend back to back runs before getting on with the job of running the length of the British mainland, from bottom to top (Land's End to John O'Groats - LEJoG).

Things didn't go 100% to plan with that, and I had to take a few weeks out in the middle which extended the impact of it further into the year than I'd intended. I did finish and I have a lot of writing about it that I need to find time for still as well as dealing with all of the photos, but it was now mid-August and I had nothing planned for the rest of the year. With no idea of how LEJoG would go, if I'd be injured, or need weeks or even months of recovery, I deliberately kept the calendar empty. 4 weeks after finishing, with no target or pressure to do anything in particular, I entered a half marathon on a whim while I was abroad for work. And pulled out a PB, got cocky and entered a local marathon which I promptly DNFd (did 3/4 laps - just didn't fancy finishing in the dark and the laps were getting tedious). The final race of the year was another half marathon, at which both my husband and I managed to fall over and scrape up our knees. And that was the last run of any note in 2017.


And I lost my mojo. The following weeks I found it harder and harder to get out for a run. Despite having recovered physically just fine from LEJoG, I was getting tired a lot and making poor eating and drinking choices which didn't help. Though I'd already decided that I wanted to train for a faster marathon in the Spring, I just ran out of giving a crap about running enough to do much of it, or with any decent quality. 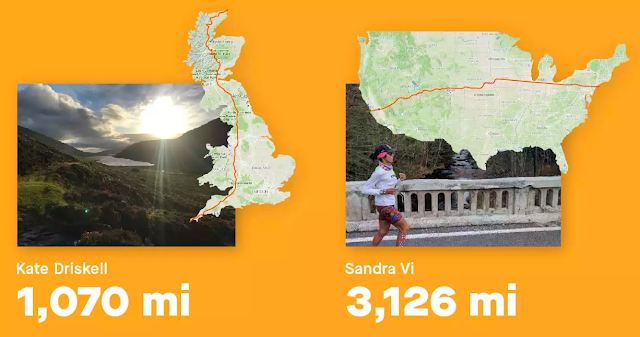 Strava featured me in a couple of their social media posts, which brought a few more folks to see my long run of the summer, then they featured me in their "2017 in Stats" blog post which was nice. And in the same breath as Sandra Vi who just beat the trans-America running speed record. (though they somehow decided I'd broken a world record with my run, which I haven't and never said I did anywhere, and that I'd run top to bottom, which is back to front! I'd also had to stitch together the individual days running into one GPX file and call it a "hike" instead of a run so it didn't mess with my annual running stats as I wanted to keep the individual day entries with the photos and messages from other people)

And RunUltra posted an article of my run (word limits are hard!)

And here we are, in the last days of 2017 and 2018's running calendar is shaping up pretty well actually! I've entered a few races and have a few targets to hit:


So the first few months of the year will be training to try to get me quicker again (it's a long time since I managed 22:36 for 5000m) but without losing endurance base for the longer stuff that comes afterwards. And I'll want to chuck in some fun stuff before, in between and afterwards - there are some work trips abroad which could present some fun race tourism opportunities.

Oh, and I've been nominated for a Run Ultra Blog award, so if you like what you've read here, please cast a vote for me (and you could win a shiny, new Suunto watch)!