Occasionally, I'm asked to try samples of new products and these days it's usually things I prefer not to eat these days; high carbohydrate breakfast cereals, bars etc.  But I was recently asked to try something quite new; Purition, a range of food supplement products (mainly shakes) aimed at the more natural food/clean eating preference market.  And when I read the literature on the product I was pleasantly surprised.

Having worked on a very low carb diet for 4 months, I did my first ultra marathon in February this year, fuelled on a breakfast of bacon, eggs and cream cheese and took in nothing but water for the whole 50km run.  With no specific training for the distance and having been out of action for 10 of the preceding 16 weeks due to a smashed collarbone, coming half way down the field of runners, finishing very much in good spirits and passing half of the field of runners in the last 6-7km of the course, very much proved the point that for endurance sports (and short races too) that you don't need to stuff yourself with refined carbohydrates and, worse, sugars in order to perform well.  So, I look for products that aren't full of carbohydrates and it's not easy to find that in the "sports nutrition" or "convenience nutrition" market places.  OK, so you often see "100% natural" and "healthy" slapped all over products of this genre, but what's rarer is the lack of any added sugars, starches, dried fruit or other stuff that's supposed to be good for you but usually actually isn't. 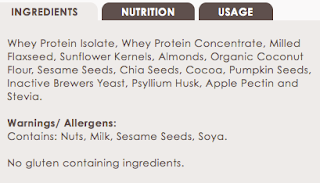 Looking at the nutritional profile made me even happier...

So I said "yes please" to some samples and two of them arrived in the post shortly afterwards. 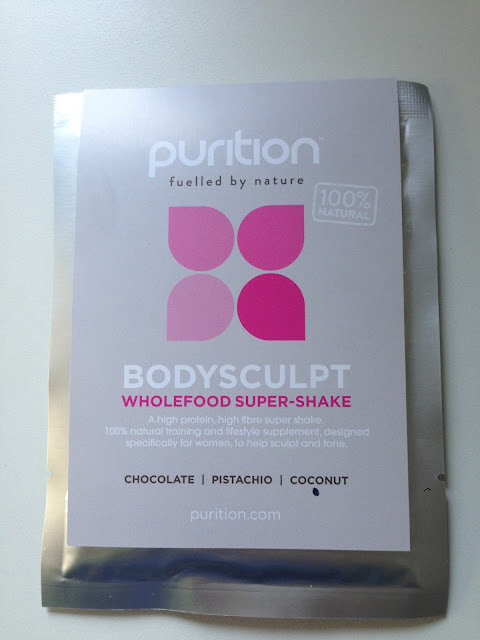 Little foil sachets with an individual portion in each. 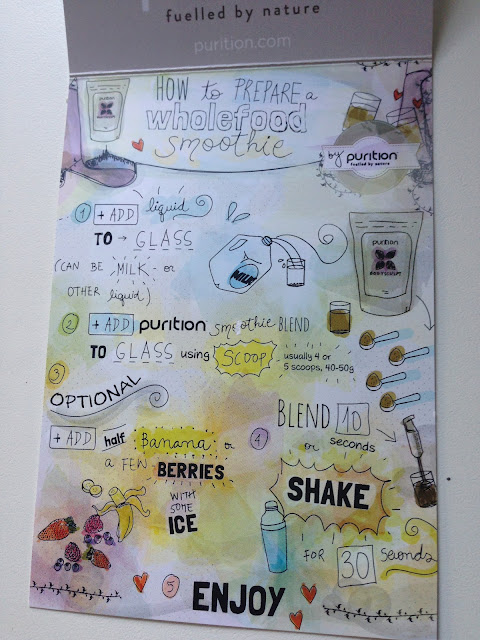 And instructions on how to make it up into a shake-style drink.  A touch cutesy, but given the market they're in, you can easily forgive that.

Thankfully I had a tricky morning the next day and a quick, easy brekkie when I got in to work after the gym was exactly what was needed, so I took my sachets and a shaker/mixer with me. 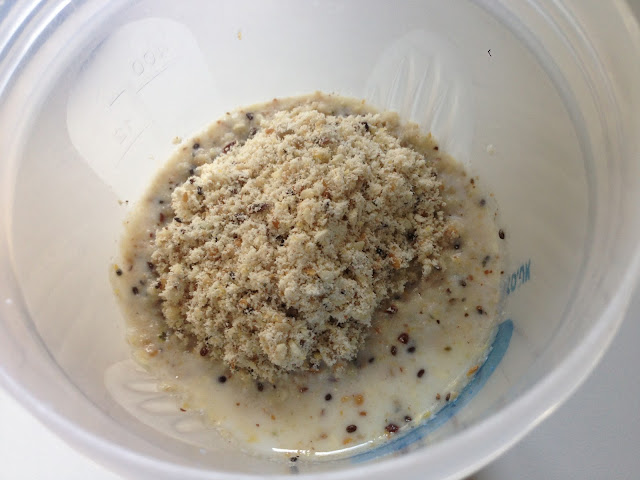 Tipping the powder in over milk, like the instructions said, and it looks gritty and bitty due to the seeds in it - that's where all the fibre comes from.  I gave it a good old shake and tipped it out into a glass. 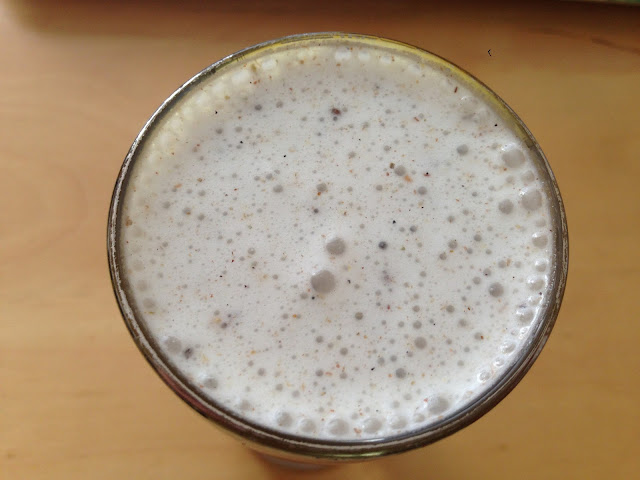 What I didn't do was actually read the full instructions properly that said to give it another shake after standing for a while, so this happened... 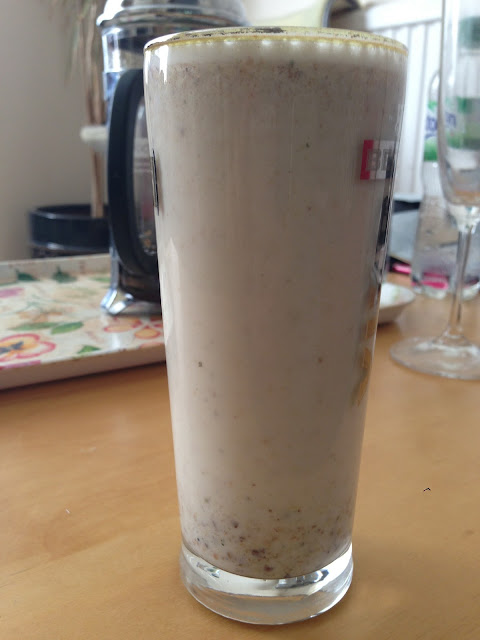 No biggie, but it meant that I had to use a teaspoon to finish the shake.

The taste... I loved it.  Lots.  Nowhere -near- as sweet as any whey proteins I've had and not tasting of strong artificial flavours - just very very faintly sweet, nutty and a little of the coconut that was in it.  Really blimmin' lovely!  (The chocolate one I had the next day was just as yummy and delicately flavoured too.)

4 hours later and having had around half the normal breakfast kcal intake I still wasn't hungry.  This was a good thing given how work is and the fact that I had nothing around for lunch.

In short, I was so impressed with the ingredients, nutritional profile, taste and end results that I jumped onto their web site and bought 3 pouches of the stuff; Bodypro, Bodysculpt, and Superseed Smoothie.

It's going to be rather useful to have around on the mornings during the week where I get up, go to the gym and in to the office, saving time around not having a cooked breakfast but still getting good quality nutrition in that isn't high carb and has a lot of fibre in it too.  It's also going to be useful for those days when I'm mad busy and need to get some quality, quick nutrition in before or after a hard training session at the gym - it's difficult for me to predict when I'll get those done so I can't easily have real food on hand.  Also goes nicely over Greek yogurt as a snack (and we have Greek yogurt in the office, as well as milk, which is handy.)

Really impressed with the products, love the company's thinking, love that it's British and wish I'd found it sooner!