Blenheim is, for me, one of the top ranking races in terms of slickness of organisation.  Over 4500 athletes plus supporters and spectators arriving, racing, cheering, leaving, eating, weeing, drinking, getting injured, passing out etc. on top of the usual visitors to the grounds being around the grounds and race routes; and there’s almost no queueing for anything at any time and, generally, everyone has a good time.  It's an almost flat course, with a beautiful lake and private, traffic-free roads/paths for the bike leg.  Perfect for athletes new to the sport of triathlon.

This year was not a year for me to be burning around and setting the route on fire.  Being 5kg heavier than I’m used to racing at, having done little training and falling mostly out of love with training for triathlon, there was also no realistic expectation could be set around that.  I did have a sneaky, in the back of my mind, desire to put in a good bike as I have a nice new bike and sort of the impression that my on-the-flat power is not too bad right now.  My running is clearly back a long way compared with how it has been over the last 18-24 months.

So I wanted to have a reasonable swim, bike as hard as was practical and get around the run. 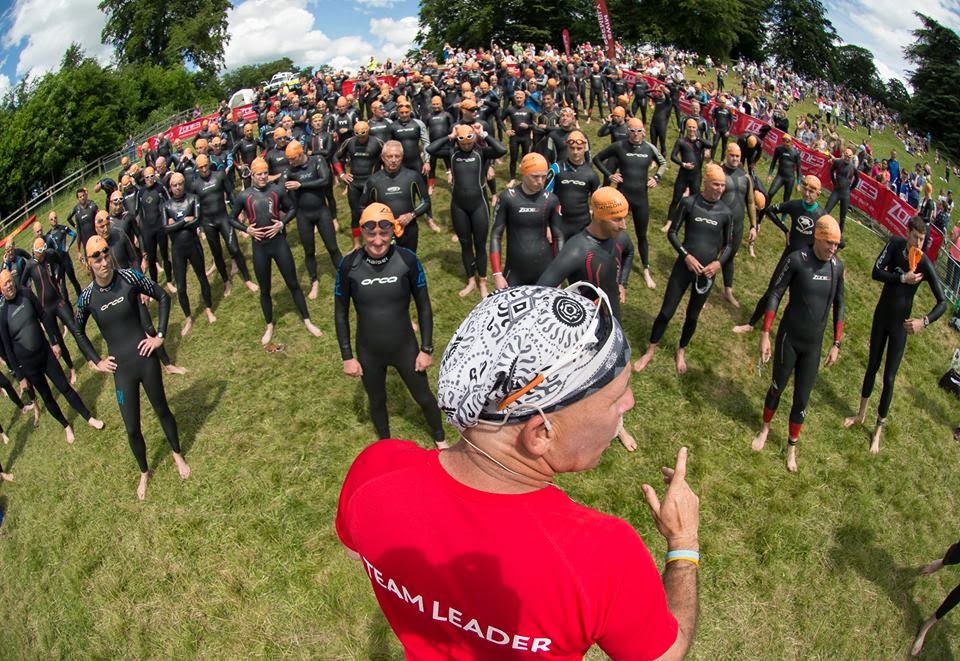 What actually happened was... I swam pretty hard (only 30s slower than 2012 when I was arguably at peak fitness & speed), got battered all the way around the swim, fought with my wetsuit arms for 4 minutes up through the run to transition.  My legs felt like spaghetti at the start of the bike and it rapidly became fairly clear that unless I yelled a lot, I was going to be stuck behind groups of people drafting and chatting who had clearly either not read the rules or didn’t care.  I couldn’t be bothered with that, especially seeing as it took 1.5 of the 3 laps to warm my legs up anyway.  So the bike was disappointing, but it was never going to be any other way.  The run actually felt quite good; I overtook loads of people and motored on through to the finish line and my promised pint of Erdinger Alkoholfrei.  Yum! 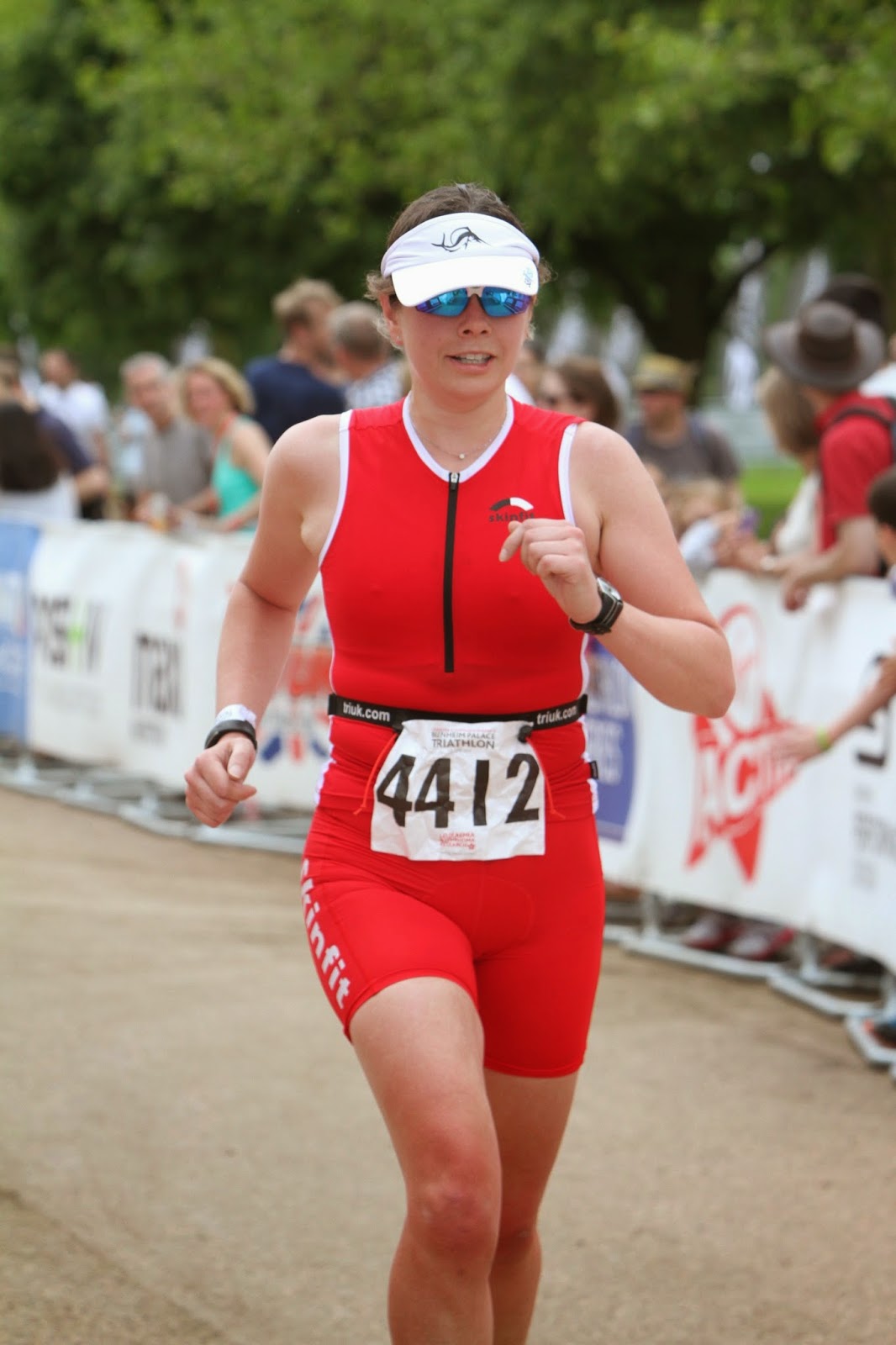 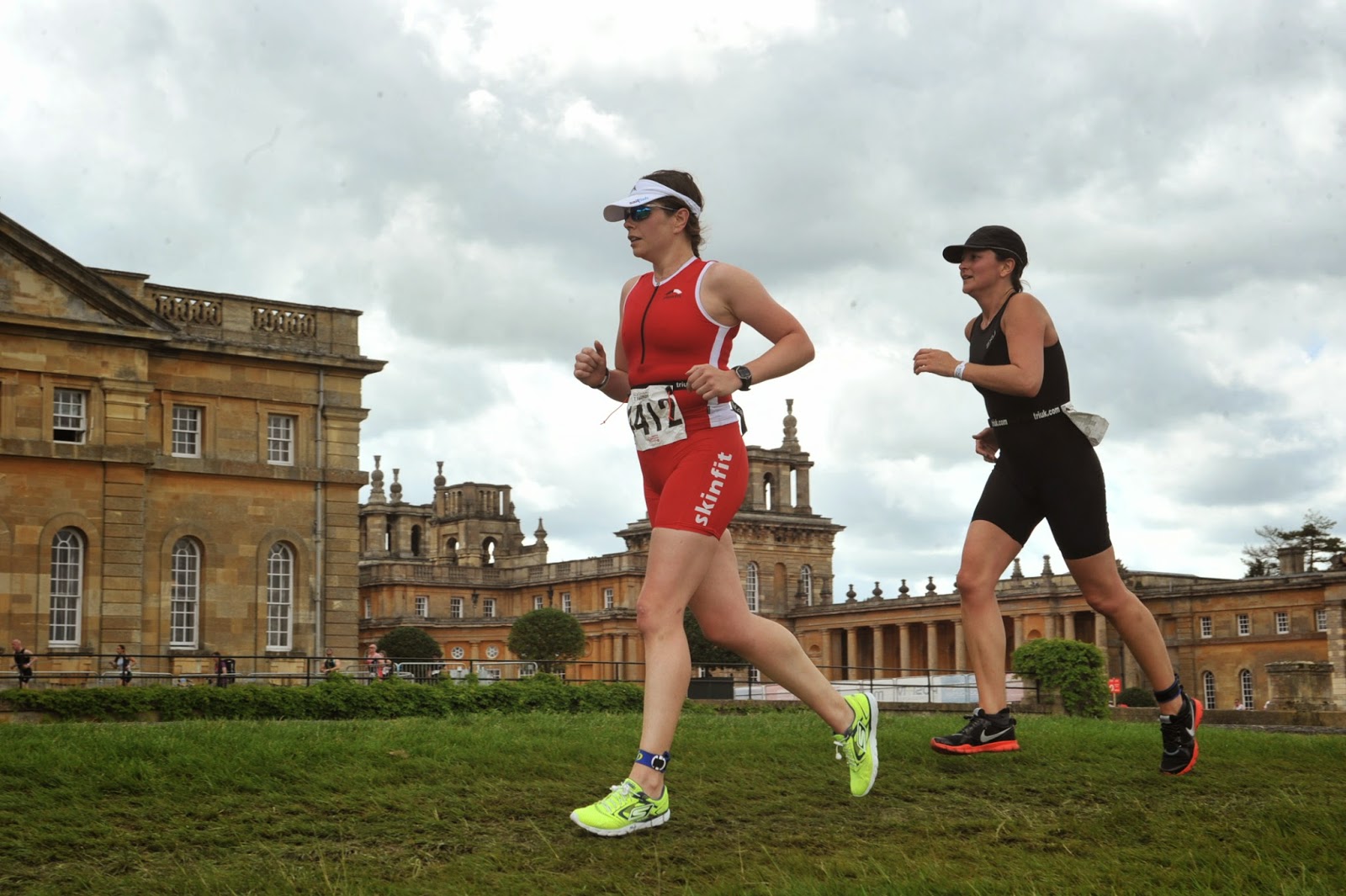 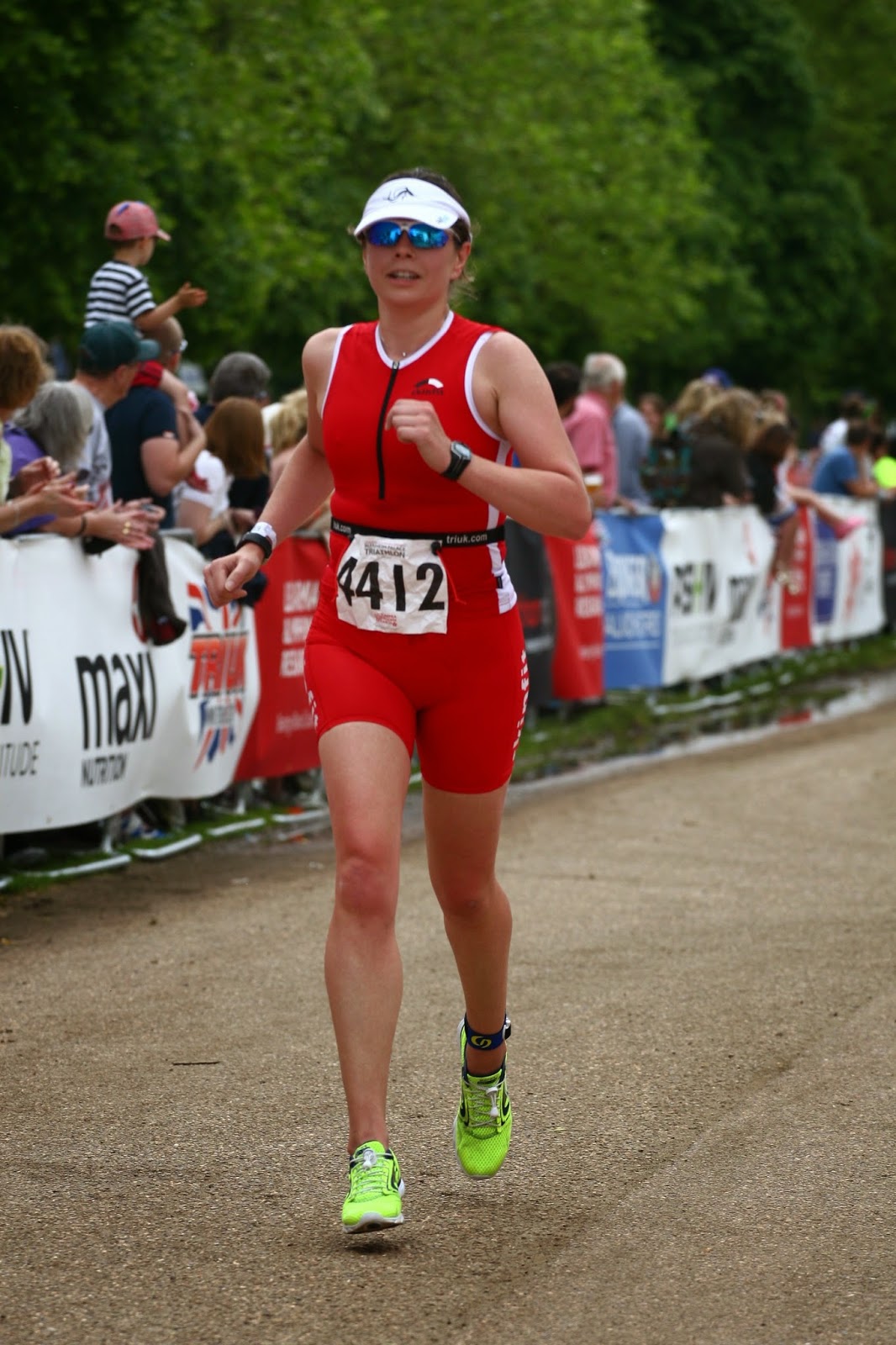 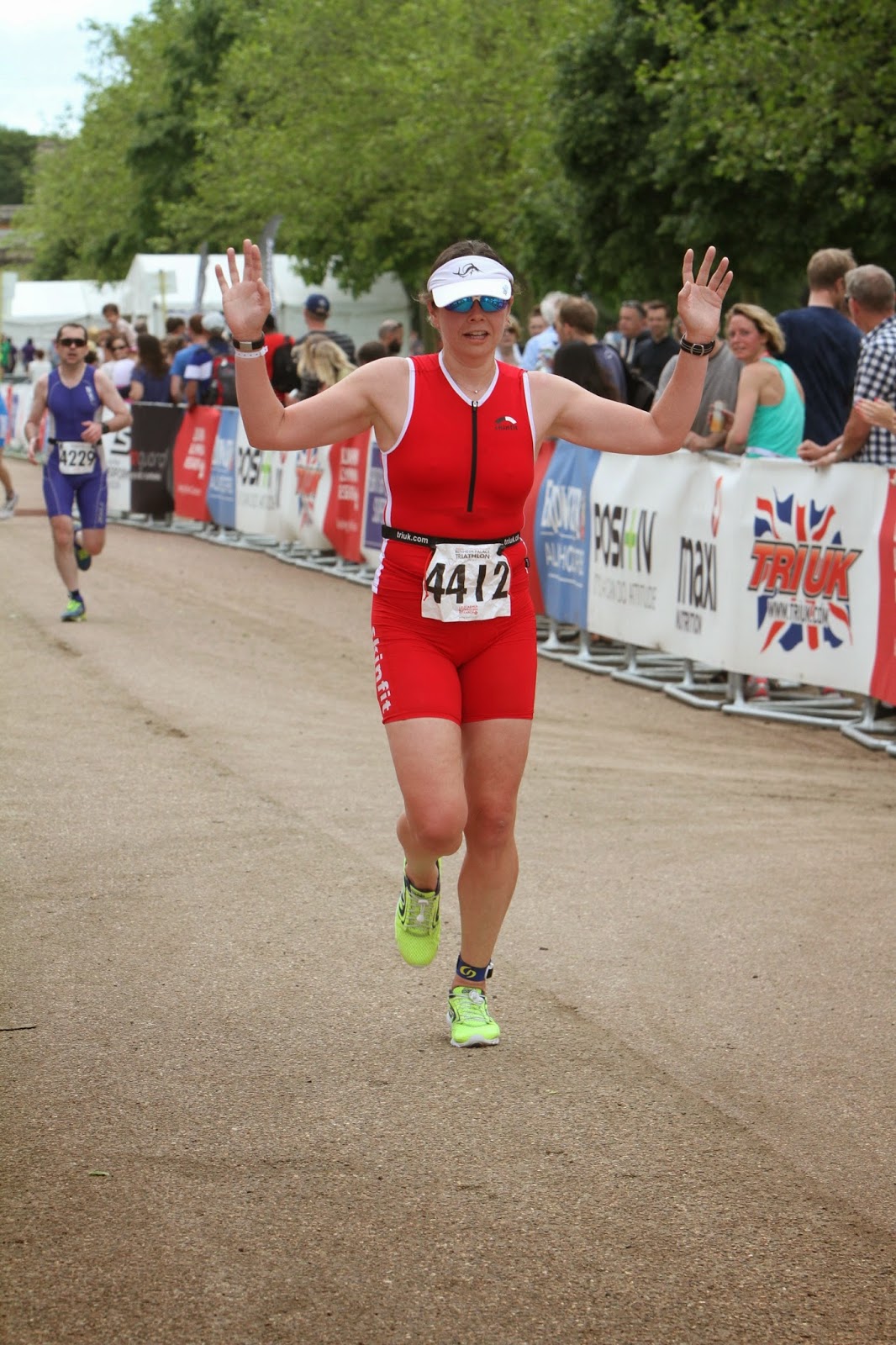 I really enjoyed the day and it was nice to get around such a pretty course, despite it being a bit far to drive there and back on the day.  It's a great race for novices and for speedy people who feel like shouting on the bike.  I can highly recommend it.
Posted by TOTKat at 14:02