I'm fat (I was a bit chubby, but tolerably so, and then I put on 3kg between surgery and starting new job, but stabilised there) & slow ('s what happens when you don't do anything for 4 months) but... 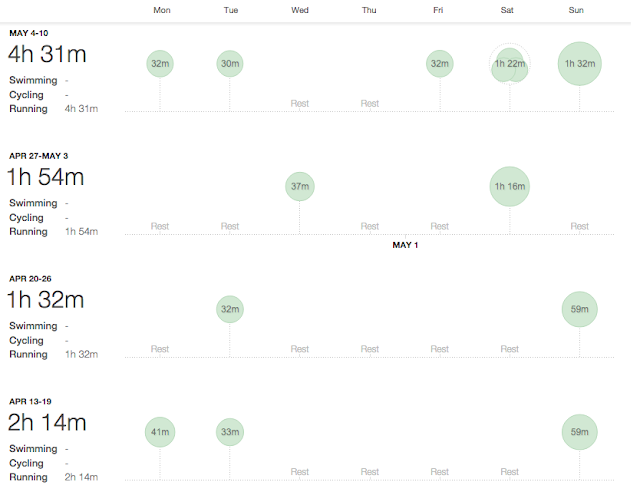 I peaked at 25 miles last week; of actual running (well, OK, jogging really - averaging 11mins/mile) not even run/walk.  So I'm really pleased with how things are going.  Although, I've got a horrible sore throat today and I generally feel rough so today's run is off and I'm travelling on Friday so I won't be running that day either (unless I can figure something out in the morning before the 7am shuttle bus leaves).

Hopefully I'll get something in tomorrow and then a quickie on Saturday (I'll miss parkrun by several hours due to being on a plane) after I get home in the afternoon and a long amble on Sunday again.  Trying to build that base back again and I'm pretty sure it'll take at least as long as I had off.  So at some point around the end of July I should be fit again.

The weight is another matter altogether.  One thing at a time!
Posted by TOTKat at 00:31