On May 8th 2006 I came out of a GP appointment for a chest infection with more than just anti-biotics. I came out shocked and with my bum well and truly kicked. The doctor also said "you're rather overweight aren't you?", plopped me on the scales and I was horrified to see it saying 94kg, then she took my blood pressure and said I needed to be monitored as it was quite high.

Packed off with a prescription for anti-biotics and an appointment for a follow-up blood pressure appointment in a month with the nurse, I left with a switch in my head flipped. I didn't know it at the time, but this was a huge turning point in my life and instrumental in completely changing my life. 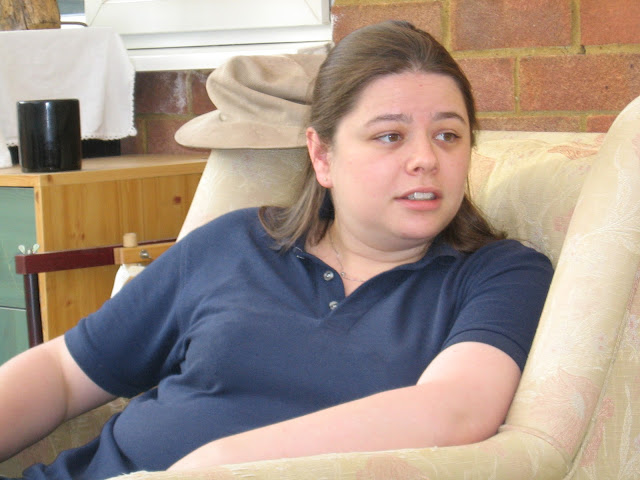 Over the coming months, I took positive action by keeping a food diary and learning about the nutritional content of the food I was eating. I pretty much always had cooked everything from scratch, but portion sizes had crept upwards and with the proportion of carbs in the meals, I was "happily" eating more than I needed.  Though I ate little sugar, I ate a lot of pasta, rice, potatoes and tons of bread. 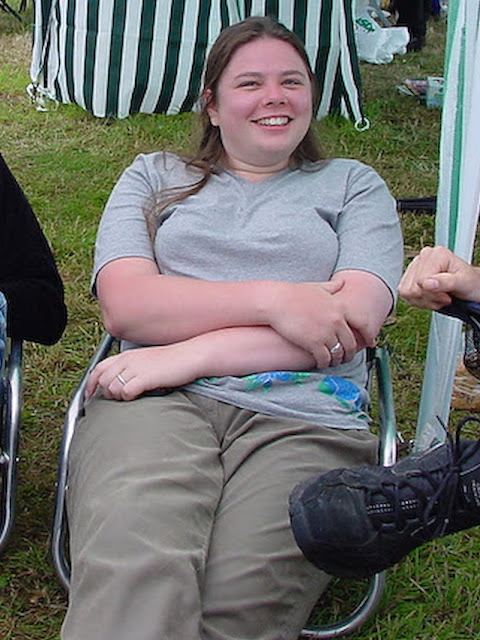 After 3 months of focused effort, which involved a dramatic cut in the amount of starchy foods (Restricting myself to 50g bread per week! One chunk of crusty baguette at the weekend.), I hit my first weight target of "healthy BMI" (for me that was 72kg). OK there were a few tantrums and tears along the way (mostly because I was missing bread), but compared with a lot of people I had a pretty easy ride with no real plateaus.  Much frustration came from "knowing" that fat was fattening yet not wanting to eat synthetic or highly processed foods instead and not having the knowledge to tackle that.  And just skimming a healthy BMI, especially being very inactive (OK I walked a lot, but that's it), didn't mean I felt (or in my opinion) looked great. So I set a new goal of 67kg which was right in the middle of the "healthy BMI" range and reached that a couple of months later.  Then down to about 64kg shortly after that, in late 2007.

Skip forward to 2009 and I was happy that I felt so slim and could buy clothes in pretty much any shop I fancied, but was "weak like kitten" and wasn't happy about that.  So took up weight training and did that for a while, loved it and, having taken up a bit of light cycling in 2007 and being a swimmer as a child, started to run a bit so I could do triathlons and did my first in 2010.  But still calorie counting to keep my weight in check. 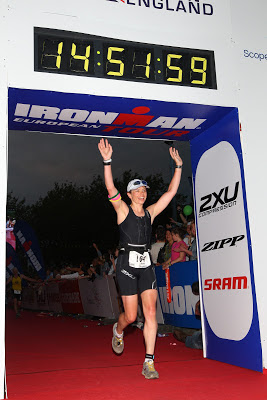 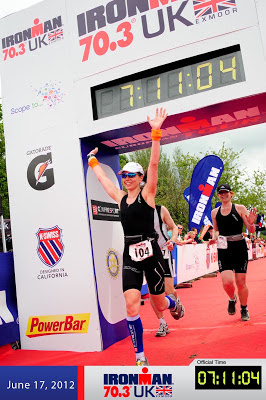 This culminated in 2012 with a bunch of Ironman races and a great time of it.  But one of the important things I learned from Ironman was that I did not want to be stuffing bars and gels down me to get through a race and I put a few pounds back on too - up to 67kg.  Calorie counting seemed to be how it would have to be for the rest of my life and that didn't seem like a great prospect, nor like it should be right. Cue an un-prompted intervention from Dr Tamsin Lewis, who recommended "Why We Get Fat: And What To Do About It", by Gary Taubes and that changed my life even more.  I devoured many more books on the topic, grabbed some practical help on recipes from a couple of books (like Raising Superheroes, by Prof Tim Noakes) and changed my diet pretty much overnight.  No more calorie counting and messing about figuring out how much I needed for a ride or a run or how much I could have when I was starving, because I stopped getting the ridiculous hunger and the weight dropped off a bit again too.

I ended up being featured in a few "inspirational" articles... 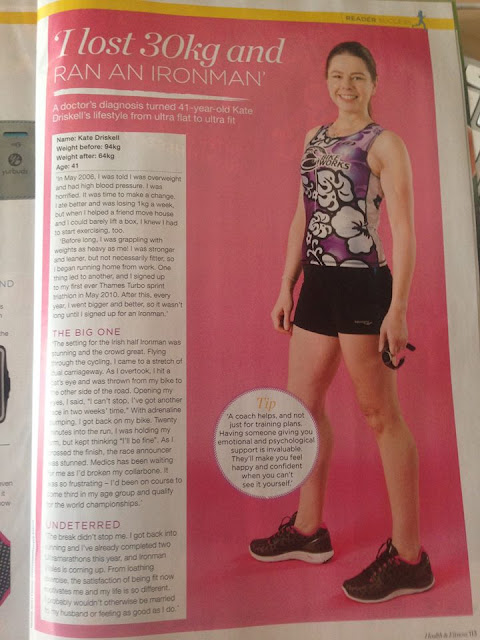 Then I dropped triathlon at the end of 2013, despite having had a great year that year as part of a fantastic amateur triathlon team.  Everyone else on the team was an elite athlete, winners of all sorts of incredible races like Norseman and age group podium places at the Ironman World Championships. Triathlon was making me put too much pressure on myself.  Seriously, I was better than average but no more than that and surrounded by so many high performing athletes a lot of the time. I was enjoying doing quite well (i.e. better than average), but the process was draining me mentally and needed more time than I was happy giving to get better. 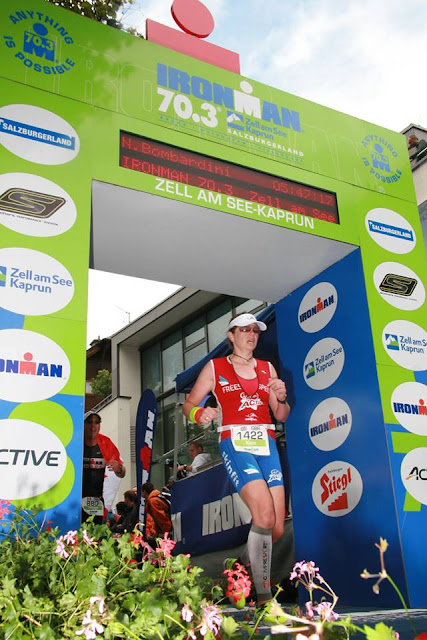 So, I took up ultra marathons ('cause yeah, why not focus on the one discipline of triathlon you're worst at :o) ) and haven't looked back.
Keeping mostly Low Carb, High Fat with excursions every now and then - some really good fresh bread with a special meal, a dessert a few times in the year etc. and whatever I feel like *during* ultras.  I had blood work done to validate that everything was in a good place on the insides - and it is. 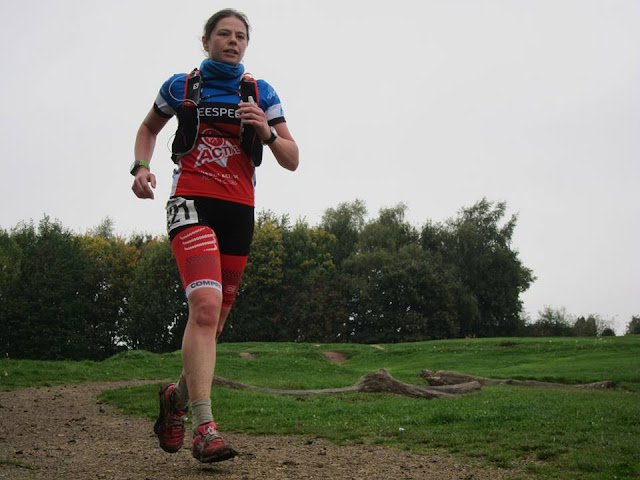 Now it's 2016 and aside from a little more wine than I probably should have, I'm still Low Carb living, still running ultra marathons and still maintaining 30kg of weight loss since that day in 2006. 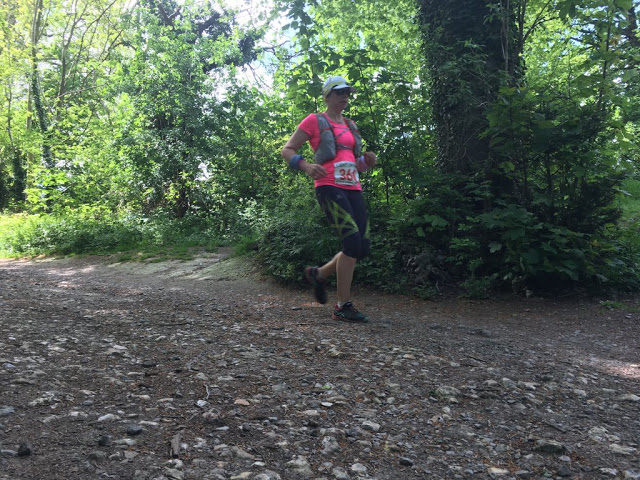 It *is* possible to be a healthy weight, have a healthy body in terms of fitness and wellness, and not be hungry or have cravings and it *is* possible to keep it like that. But it takes some education and a lifestyle change if you didn't start out that way.
Posted by TOTKat at 14:32