This week's training plan had two tests in it; one 5km running time trial and an FTP bike test.  At the moment I can't do the FTP test as I don't have power measurement on my bike (and I don't get on with the Wattbikes well enough to use those - just can't seem to set them up nicely).  So, I went to the athletics track yesterday to do my 5km time trial.  It was shut. 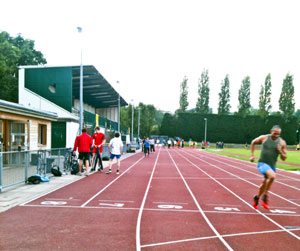 I've been to the athletics track about 10 times and 3 times it's been shut.  The council web site says it's open 9am to dusk on weekdays, so I sort of expected it to be open.  So I went home, gave in and phoned the council.  You see, I've looked at the web site about it and it has the usage times and costs and I'd never seen anyone taking money or anyone around to give any money to the times I'd been and it was open.  The lady on the phone at the council told me that you have to pay at the tennis kiosk and someone comes to open it for you.  Thing is, right, there are two notice-boards at the track, one at either entrance.  And neither of them mentions opening times or where to go to pay or the fact that you need to go to the tennis kiosk.  *sigh*

So today I went to the tennis kiosk.  And there was no-one there either.  Though there was a park warden around who seemed to be someone I could pay - though he asked me how much the fees were, which didn't really instil confidence.  I paid my £4.50(!) and he let me in to the track.

15 minutes of shuffling 'round the track, in the freezing cold, as a warm up, then some strides for 6 minutes then I hit the lap button on the Garmin to start the 5km time trial.  Long story short, there was a gap in the trees at the end of the 100m straight, so there was quite a head wind running down that section, otherwise one of my socks rubbed a bit some of the time and I had the usual "I don't feel like this, I'm going really slowly and I feel horrible, why don't I just call it a day" thoughts around 3km into it but persuaded myself to carry on.

Chuffing like a train for the last lap, 12.5 laps of lonely foot tapping around the track, and my 5km was up.  I hit the lap button again and shuffled back to the start of the lap to pick up my woolly hat and fleecy jacket and jogged down to the tube station to go home.  I felt sluggish, but fine.  No problem banging out my fastest 5km ever and it's 3 months after I decided to go low carb/high fat.

And here we are.  My first properly hard 5km fuelled by fat and the splits are like this:- 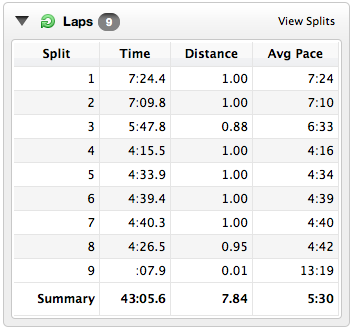 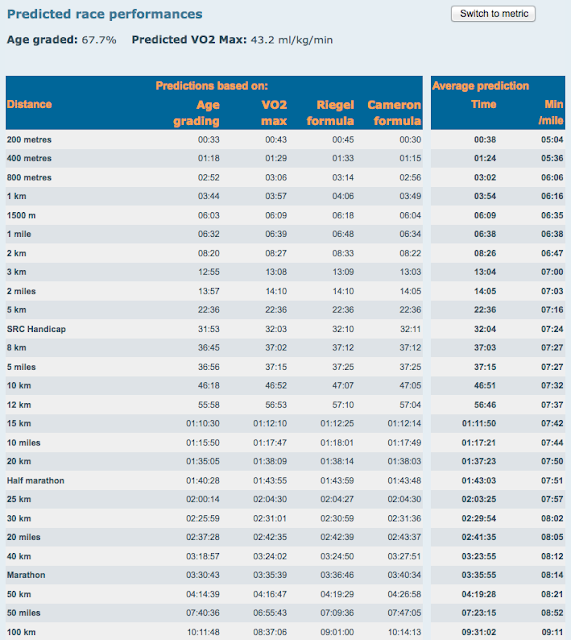 There's no way on god's earth I'd manage 04:15-04:20 for Sunday's 50km run.  It's a long way.  I've not trained for the distance (or even a marathon, or even a half marathon).  Plus there's the getting lost bit too.  Knowing a route like the back of your had makes quite a difference to overall time.  Still, I can dream :o)  I'd really love to break 6 hours if I'm honest.