Trying not to freak out

7 days to go and I've had such sore ankles since Tuesday's run that I did nothing again until Friday!  I know I'm supposed to be winding down, but that means intensity and/or duration, not frequency of sessions.  So I'm trying not to let it get to me and trying not to re-arrange training into next week to make up for the "loss of fitness".  It's too late for that kind of thing now; there are no fitness or speed gains to be made now.

parkrun this morning helped some and the spin on the bike at Virgin on the Strand too.  But it's still hard.  80km is a long way.  If it was just a long way that'd be easier.  It's also hilly - almost a kilometer of height gained over the route.  And there aren't any marshals out on the course apart from at check points; and no signs or route markings apart from the national trail discs.  It all adds up.

It all adds up to a point. One point.  One point towards UTMB (or CCC or TDS) qualification. 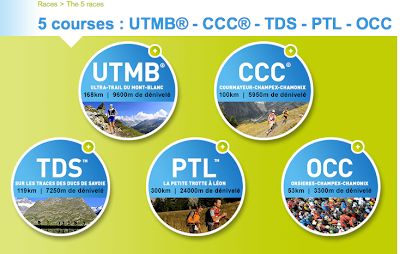 (and, indeed, argh, my 2014 race calendar is already full so even if I did CTS Dorset in December and got a second point for CCC or TDS, I couldn't do them in 2014 as they'd clash horribly with something else)
Posted by TOTKat at 20:40