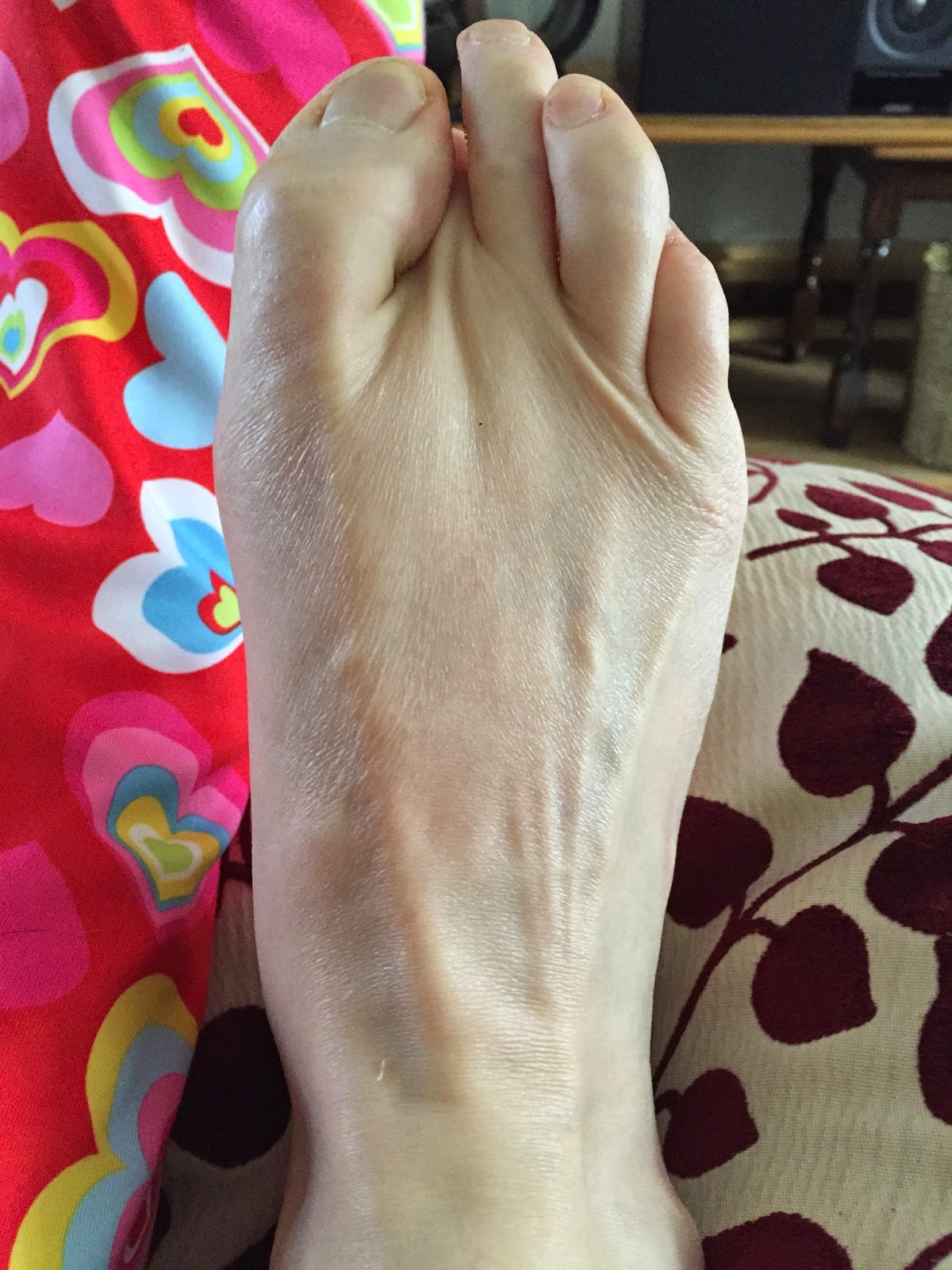 ...enough to have the cast off a tiny bit early and the air-boot on.  Maaaaybe on 9th January at my next check-up.  (And apparently the cast is only there to protect things if I fall over!  Seriously!)

So I went to have check-up number two today on the ankle; make sure the wound looks good etc.  And the etc. was the best bit.  All of the dressing came off, my leg and foot got a goos wash and a massage with moisturiser.  Oh *man* did it feel good to have air on the skin, and then the cool cleansing spray and a good ol' massage with E45.  The silicone wound cover is also gone and replaced with a more normal steri-pad thing and the excess thread and knots on the stitches have been cut off and the remaining thread will dissolve over time. 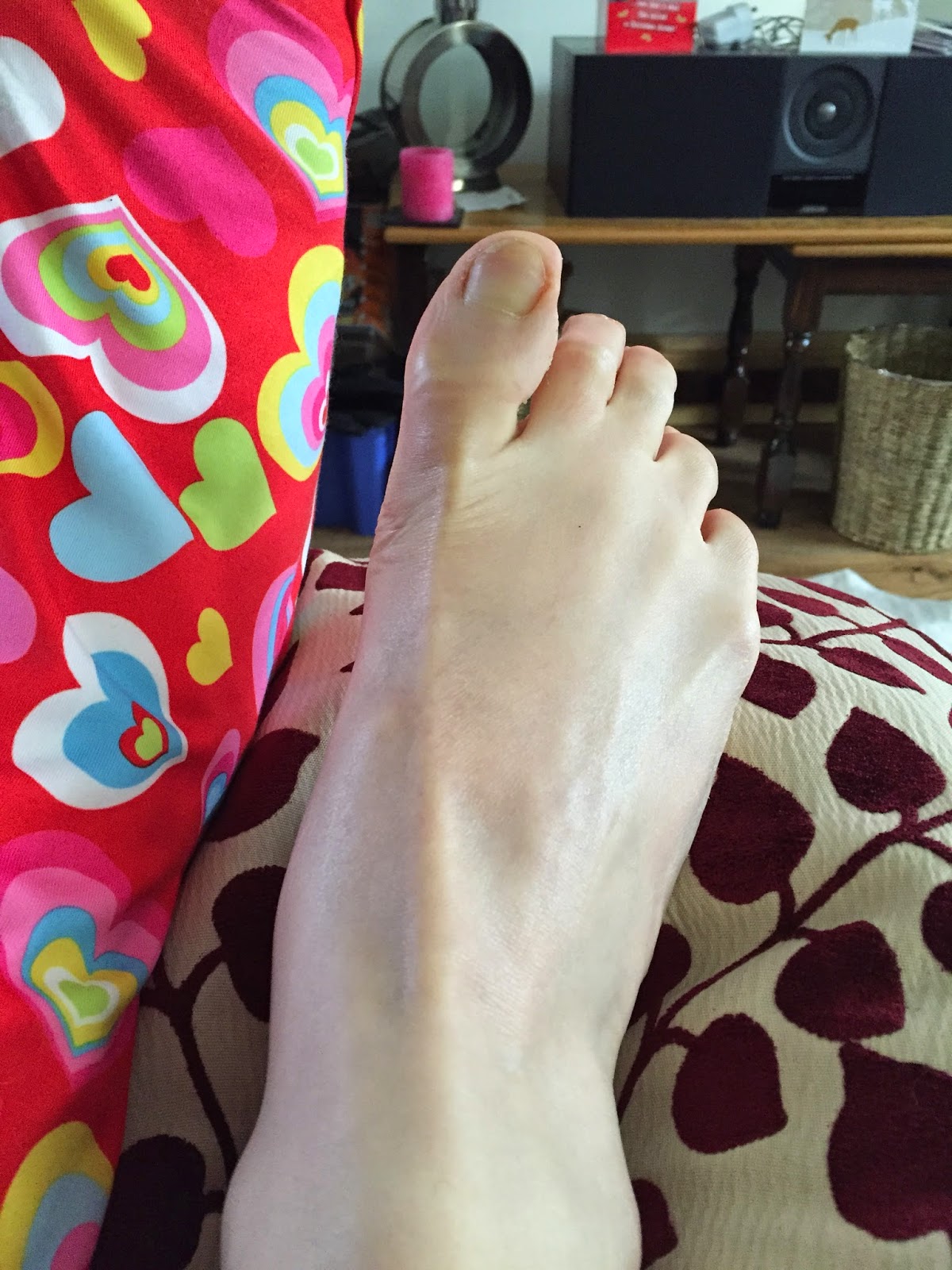 What was a bit unpleasant was when I noticed that, because the joint has been immobile for two weeks, it's really hard to control it and my toes too.  I can crudely wiggle my toes, but I used to be able to pick things up with them, point my big toe and spread them all out wide.  Can't do any of that any more and that's only after two weeks!  (Just have a look down the right side of this at the pictures of my right foot - the OK one.  I can do none of these movements with my left foot one at the moment.)

It was also really hard to move the ankle joint.  You know when you do a completely new movement with a joint in the gym and it's kind of juddery?  That's how my ankle is now when I simply flex or extend it.  Which I'm trying not to think too hard about as that will lead to feeling down about it all again.  And that's really not what I need.

On top of the cleaning, moisturising and massage was a bit of (really quite gentle) joint manipulation which felt weird and uncomfortable. 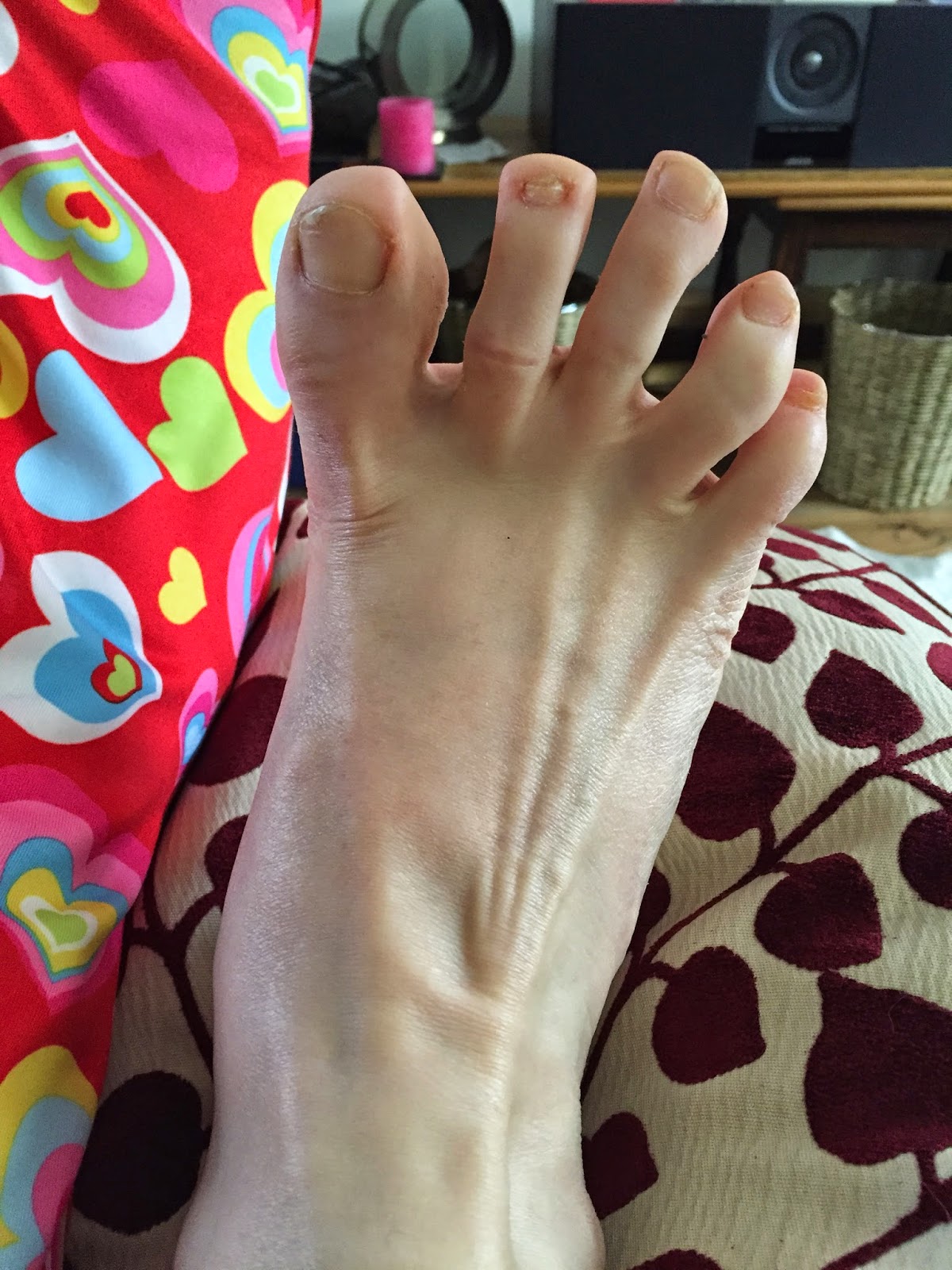 It was really hard to move my ankle in any direction at all.  It felt odd, uncomfortable, difficult, weird.  I thought it'd feel nice to be able to move but it was just difficult which was disappointing.

Anyway, given that I bothered to ask as there's no way I'd've been told had I not asked, I've now got slightly more of an idea of what the next steps are.  Because, apparently, I seem like I can be trusted I may be allowed to have the cast off before the 6 weeks are up and have an air boot for convenience and comfort as long as I don't walk on it - I'm even allowed take the cast off as long as we're OK to get it back on again ourselves, so I may do that every coupe of days or so, just to wiggle the joint a bit.  But then at the 6 week mark I'll be allowed to start walking with the air boot (likely with crutches too) and it'll take a while to get back to normal walking, via physio and cycling and stuff. 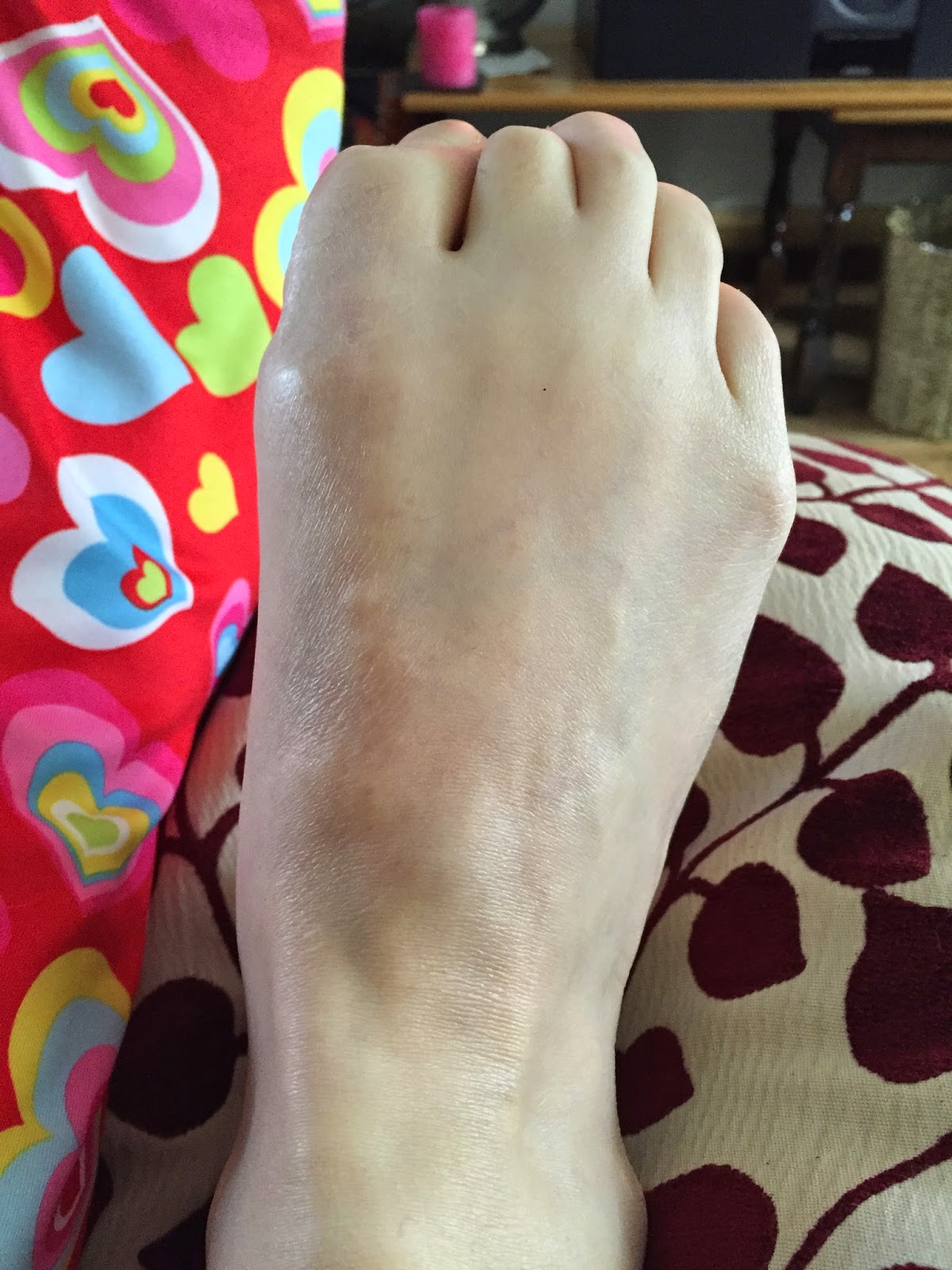 It'd just be nice to have it laid out in a plan with rough time-scales so I know what's going on.  This is one of the things I noticed the last time (when I had my collar bone done) is the utter lack of anyone telling you what's going on or what's supposed to happen and in what order and here we are again.  Hey ho, it's not like it's a life-threatening situation.  But I do kinda need to know to organise myself and my life.  I've already postponed starting my new job so it's after the cast comes off, except I don't actually have a date for that other than "six weeks after surgery".  And after what the consultant said today, it looks like I'll still be relying on a rucksack for a good few weeks to carry anything around if I'm still on crutches even if only for a bit of support, but at least I'll be a lot steadier and able to put both feet on the floor.

So I'm back in on 9th January and fingers-crossed that the consultant will be in a good mood and on the side of letting me have the cast off on that day.  It's only a week early but it'd be awesome.