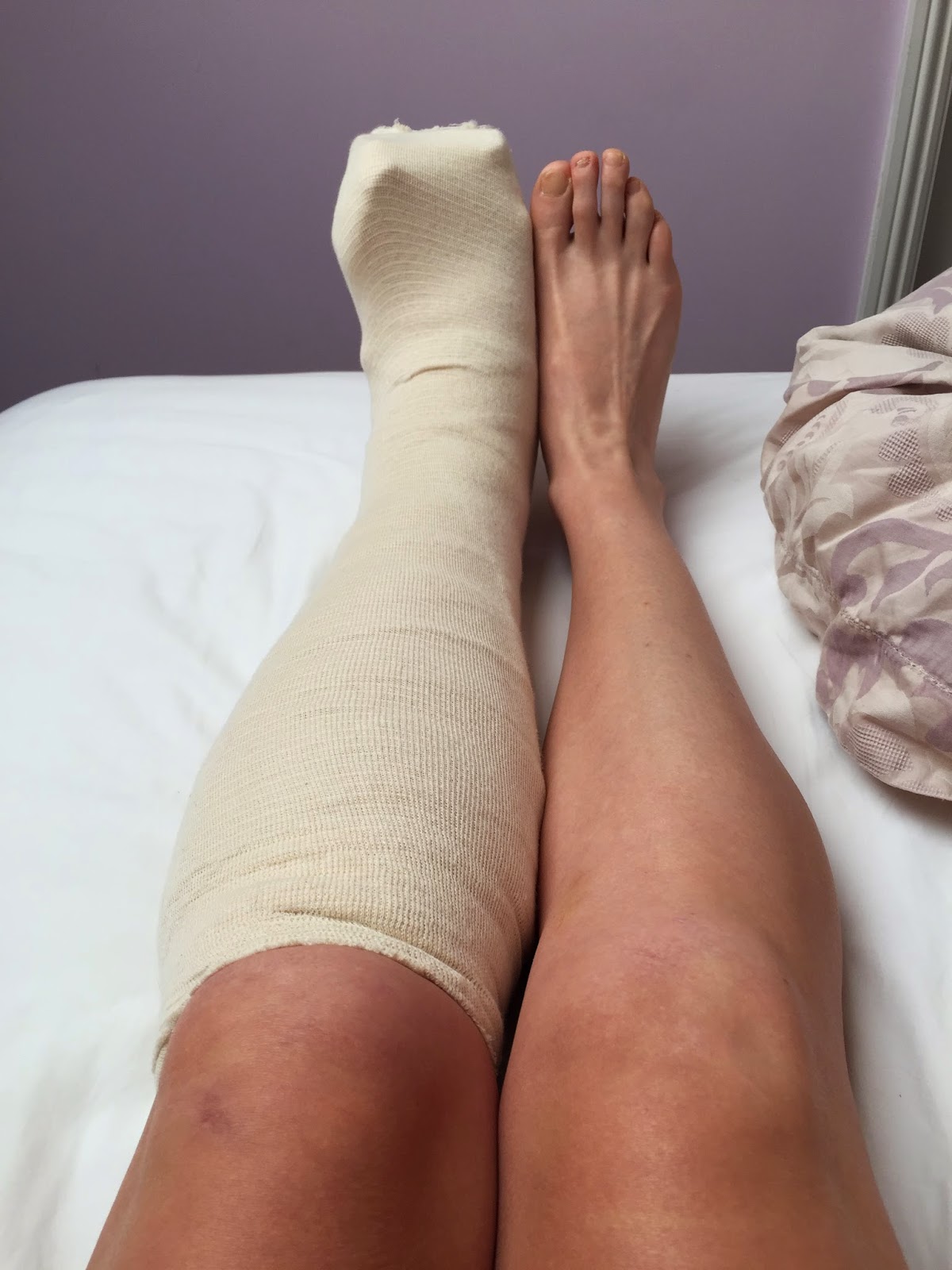 ATFL repair and retinaculum reinforcement all done.  Under a local.  Apparently I'm not a great candidate for local anaesthesia.  Aside from scaring the poop out of people by my BP dropping to 80/50 with severe nausea, tinnitus, dizziness and muscle spasms after the injection, it turns out I'm a bit jumpy when people are poking about my innards, twanging bits of ligament and screwing bits of metal into bones.  So we won't do that again.

As you can see, I have a ridiculous cast on my leg.  It's lumpy and weighs a ton, but I guess there's no point making it neat as it'll come off again on Friday so the consultant can check the progress of the wound healing, and I'll get a new one put on.  And the same deal again the following week. 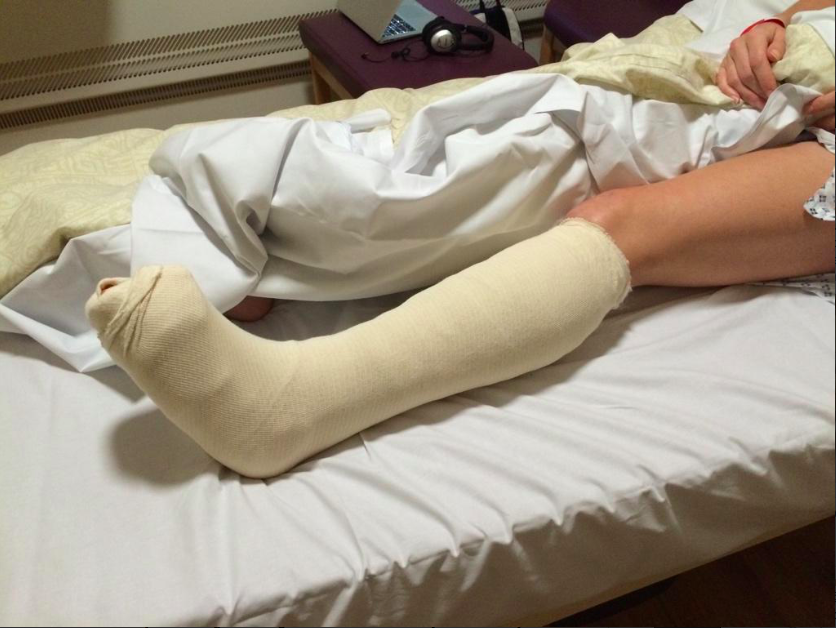 Instructions are; "Bed rest for 3 days. No weight bearing at all for 4 weeks and you absolutely must not get the cast wet.".  This means crutches all of the time and not even standing other than on the other foot only.  I'm really hoping that the consultant lets me have an air boot for a couple of weeks after that rather than continue with the cast, because then I'll be able to be a bit more mobile and that'll make getting to work at the new job a bit easier.  In the mean time, I have some exercises to do to keep the bloody flowing and the knee mobile, but that calf (and probably the thigh as well as I can't use the leg for any weight bearing) will be as weak as a kitten after that.  And I'll be bored witless. And unfit.
Posted by TOTKat at 13:40