Speed of muscle wastage is alarming

50% through the non-weight bearing phase of recovery and as I'm allowed take off my cast, I am doing that every couple of days for comfort's sake.

This is what's underneath the cast now though. 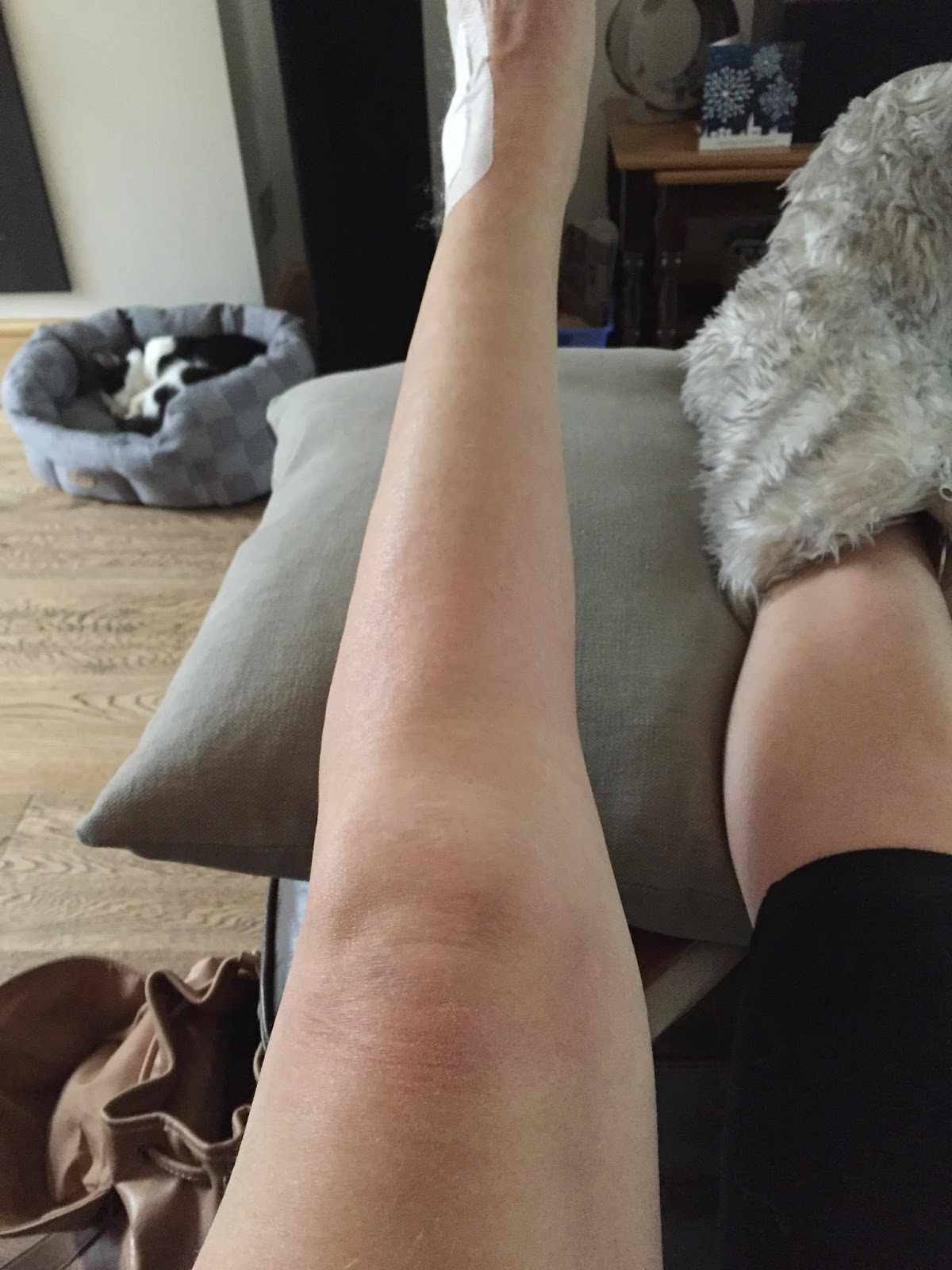 And as you can see from the incorrect proportion between upper and lower leg, there's quite dramatic muscle wastage even in only 3 weeks.  I dread to think what it is going to be like after 6 weeks and I don't think there's a damned thing I can do about it as I'm not allowed bear weight on that foot at all.  Any way of exercising that calf requires putting pressure through the sole of the foot.  So it's not allowed.

So when I am allowed put weight on it, with the help of an air boot at first, I'm going to be weak as all hell and it's going to take a while to get any semblance of strength and support out of that calf to help stabilise my ankle and I'm finding that worryingly circular.  It's going to take a very long time to get to a normal walking gait and confident at being able to start running again.
Posted by TOTKat at 17:29