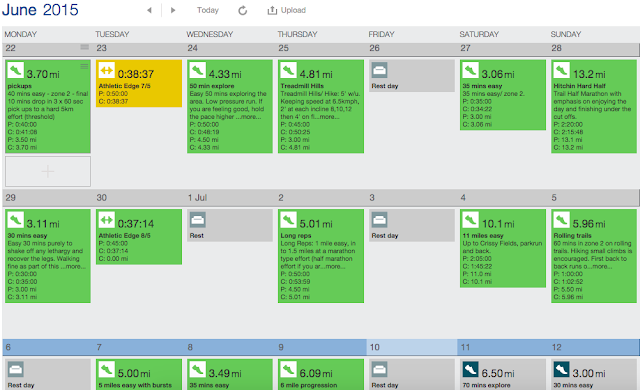 It is said that in sport, consistency is king and I've just had another, and very personal, demonstration of that.  I've been hitting all my planned sessions, despite transatlantic travel, and things are really starting to show improvement.

I've been running some lovely trails while I've been away and seeing lots of wildlife, which really makes it all the nicer. 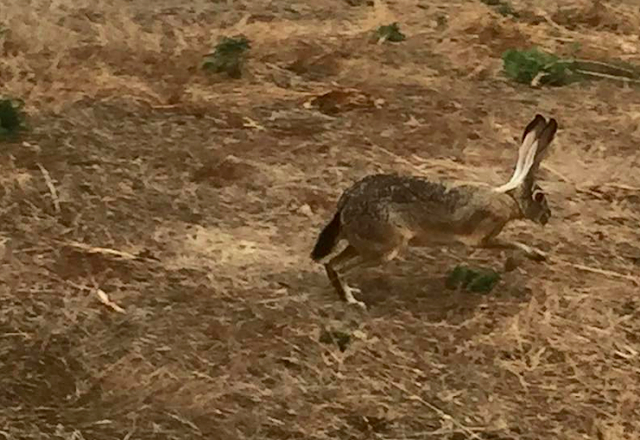 Last weekend I had weird stuff go on with the Sunday run.  Having mooched about town for 4.5 miles of walking after my 11 mile run in the morning on Saturday, odd things happened on Sunday's run.  Here are the notes I took for CenturionJames:-

In SF - *weird* run. Mechanically everything was fine. Engine-wise it felt hard and I struggled to get my heart rate up to even 15bpm lower than it would be for the perceived effort/pace. (Ignore Strava again, it's using a stupid way of working out distances so thinks I went 0.2 miles further than I did so the pace is wrong.) Actual pace 10:29/mile so only a tiny bit slower than yesterday, but way lower average heart rate - approx. 15bpm lower. (same hill involved but from a different angle) Recovered quickly and felt great afterwards. Will keep an eye on HR weirdness on Tuesday.

It all felt just so odd at the time.  It felt like there was some sort of hard limit that something was stopping me from exceeding.  I even tried to "sprint" a bit a couple of times and even trying really hard I could only get my HR up to 10 BPM below what I used to call the change from easy into putting some effort in.  But what happened in the runs after that was pretty cool.  I do now seem to be hitting around 10BPM less for the same pace as in previous weeks.  And harder efforts feel very very enjoyable. 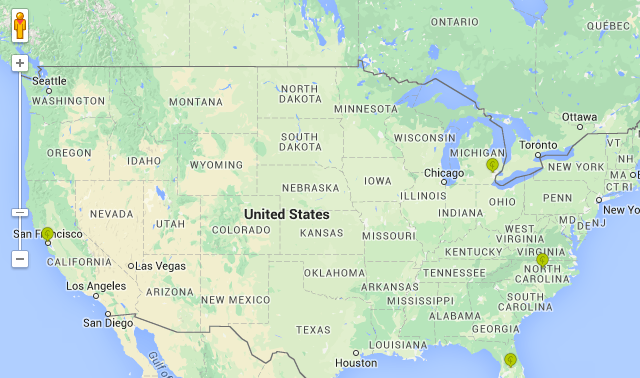 It's a shame I wont be at parkrun for another two weekends (today I'm in New York and the nearest parkrun is 500 miles away and next weekend I'll still be on a plane back home until after parkrun).  It'd be great to see what I can do over 3.1 miles now with a bit of effort.  I'm thinking probably just over 27 minutes.  Which is way off my parkrun PB of 24:06 and my 5km PB for 22:36, but it'd still be by far the quickest I've been since October last year. 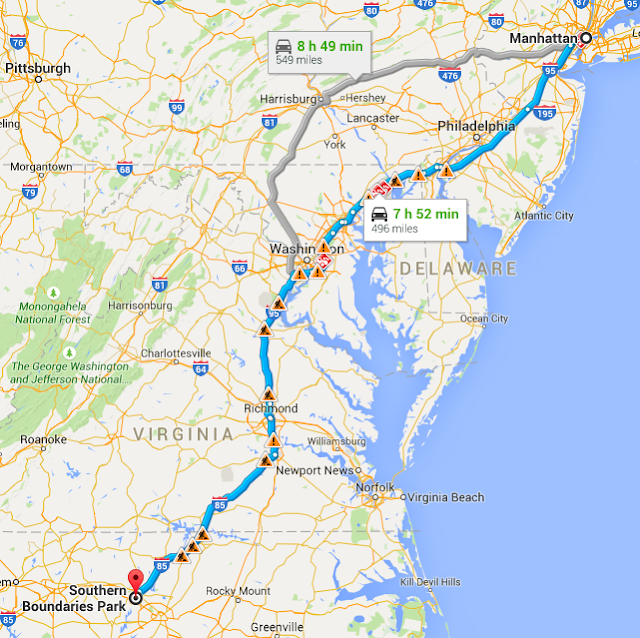 (And I just realised that there's a parkrun 30 mins drive from Ann Arbor so I could have run there in April.  Hey ho.)

So that's a corner definitely turned and I'm really pleased in many ways.  Plus, I'm really enjoying my running!  Right!  I'm off out for a run!  :o)
Posted by TOTKat at 21:28