I got very over-excited after the Lancaster Half Marathon a couple of weeks ago.  Having PBd and felt like it wasn't horrible to run at that pace, apart from the last little bit with the hill, I thought that a sub 4 hour marathon might be possible already.

I hate my brain when it does this.  It puts lots of unfounded pressure on me.  But I really thought this might actually happen.  Then I took a look at a race predictor and it pretty much laughed in my face.  Having given it that half marathon time, the quickest marathon predicted time from all of the various formulae comes out at 4 hours and 2 minutes and a bit.  Not sub four at all.  So I lost heart.

And my brain didn't give up.  It kept telling me that this is possible, but I don't understand well enough or have enough experience to have the faintest idea.  My coach confirmed that he thought it was possible, and that even if I blew up horribly I'd still PB for sure and I agreed.

Well, to cut a long story short, it wasn't my day. 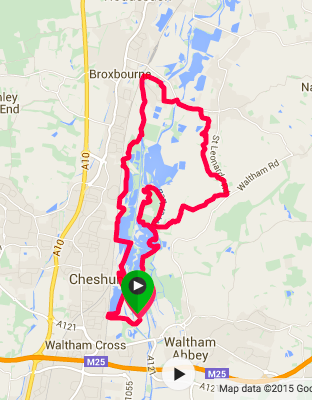 The race organisation had decided that as they'd put enough loos around the route of the race, they didn't need that many at the start/finish/expo.  There were 15 loos for 3,500 women, plus supporters!  Bad move.  Very many of us just went into the long, dewy grass or found bushes and dealt with needing to wee that way.  The worrying down side of it was getting pretty wet feet.  Wet feet is a great way to get blisters.  So I was already cranky before I started.  However, it *was* nice to meet up with Kat (who had a fantastic race and smashed out a marathon PB) & Jools briefly beforehand, chat a bit and get some help with making sure I didn't lose my house keys (thank you!).

The race start was sort of seeded - with timing chips we'd be getting chip times so the clock didn't start until you crossed the line.  There was a call for all runners who might run under 4.5 hours to line up first, then the 4.5 to 6 hour finishers, then 6+.  Then the half marathon runners after that (um, OK. That's a dumb idea as they'll have to run through *all* of the marathon runners.).  I joined the sub 4.5 hour group as my worst case was under that time anyway.

From the start of the race I didn't feel anything like I did at Lancaster, but I thought it'd be fine once I warmed up.  The first mile was a pretty spicy pace - I was supposed to be aiming to hold 08:57/mile (10s/mile faster than goal pace) so I couldn't afford the first mile to be more a warm-up like it was at Lancaster (where I hit 09:22 for the first mile and then an average of 08:53 overall).

It was OK, but in the back of my head I was already worried that things didn't feel all that great and doubts crept in really early.  By mile 4, my brain had checked out - my Garmin wasn't giving me great info on the mile splits and wasn't matching up with the race mile markers either. 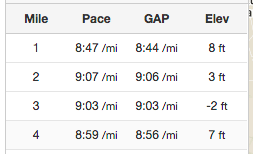 So I had a bit of a mull, and as I did, the second two toes on my right foot started to get really sore - my shoe was too small for the conditions and I really didn't want that to turn into a proper problem.  And then there was an actual hill.  The up of which really demoralised me - s-bends up - and the down hurt my toes - s-bends again so you can't really let go so easily. 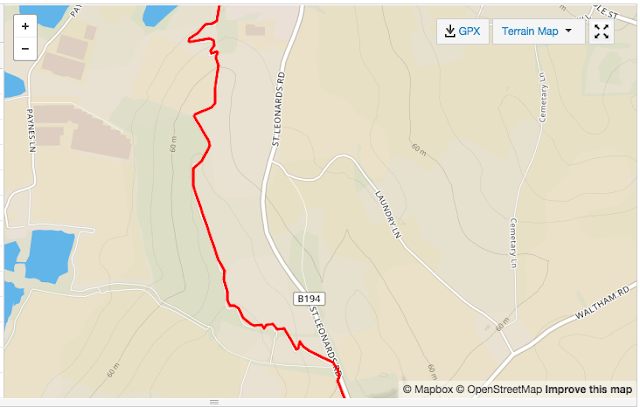 By mile 7 it was most definitely worrying, my pace was way off and I felt sick.  From that point all I could think about was another 6 miles until I could stop.  There were moments of "it *might* be OK, I could maybe get around in about 4 hours 10 or so... but I felt vile in my stomach and I was worried about my toes.  So I gave up. 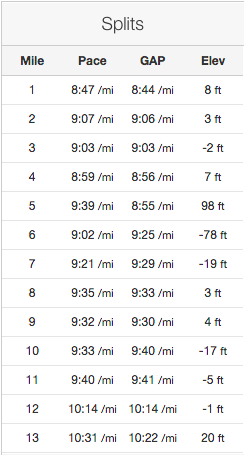 The medal was OK. 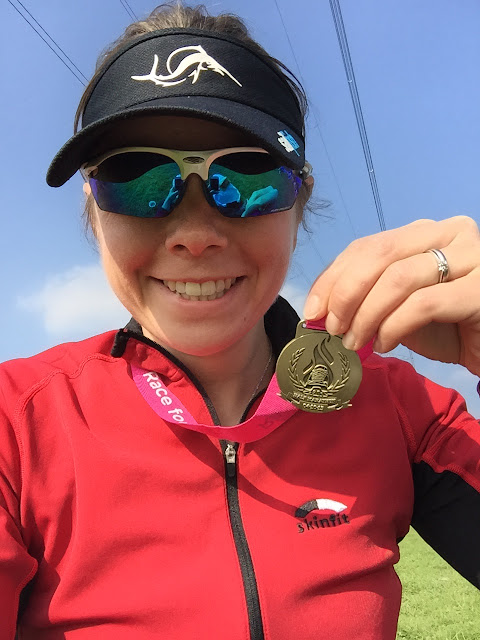 The goody bag was *enormous*.  The sponsors were keen and realise that a lot of their target market was right there. 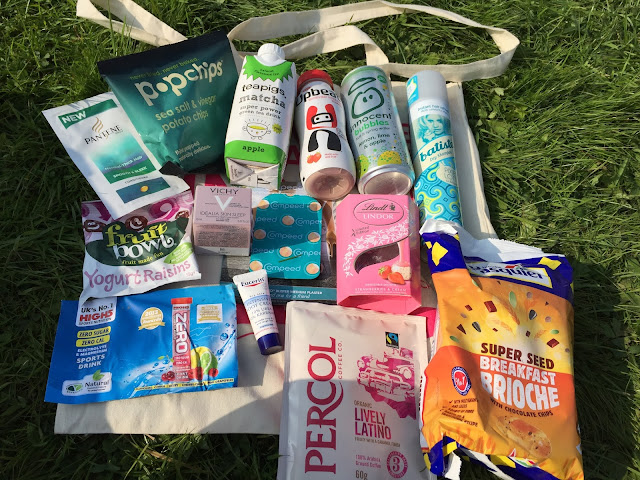 I was desperate for *something* - the water was great, but I chugged the "Upbeat" as well, which helped a bit.  I followed it with the yogurty raisins and the chocolates but that's not real food and I needed tea so I went in search of tea.  Unfortunately the tea place had a menu that said "bacon baguette" which I really wanted and convinced myself of that so much that when it turned out there was only hog roast (roast pork, crackling & stuffing in a soft roll) I had so much momentum I got one of those when it probably wasn't the best idea. 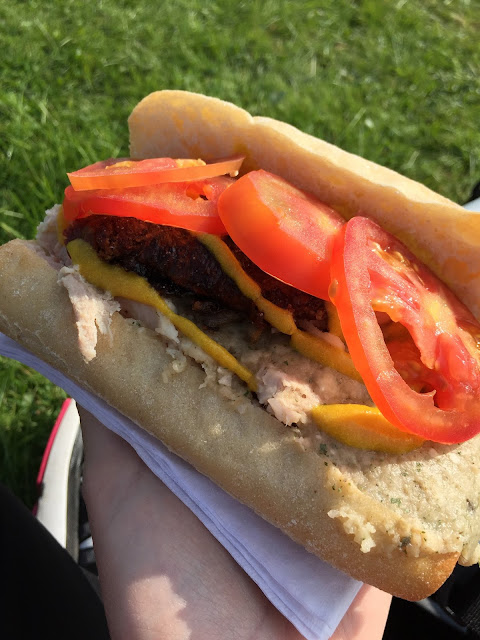 The pork and crackling were pretty good, to be honest and I ate about half of it and ditched a lot of the roll.  Drank my tea and then tried to get up from the grass.  Instantly, I felt really sick; sicker than when I was running.  So I just wanted to be home, somewhere cool, dark and quiet with some fizzy water with lemon.  I crashed out on the journey home, but the naps made me feel a bit better, as did the pint of cold, fizzy water with lots of lemon slices in it when I got home. 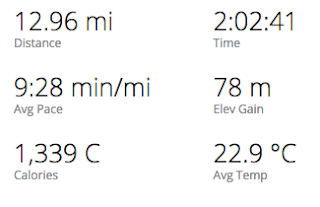 Overall - today just didn't work.  My brain and body were not as up for it as I needed for a sub-4, and then I made it worse with the shoes being wet and not fitting for some reason, and then something weird with my stomach and then eating stupid things afterwards.  BUT!  There will be other days!   Lancaster was not a fluke, and I know I can have a much better day at some point in the future.  This was my second fastest half marathon to date - 02:02:31.  When you set out to do a marathon, you run slower than you would for a half, so this makes me quite happy in a convoluted way.