I'm back from Kona, Hawaii and oh boy was it a phenomenal adventure. 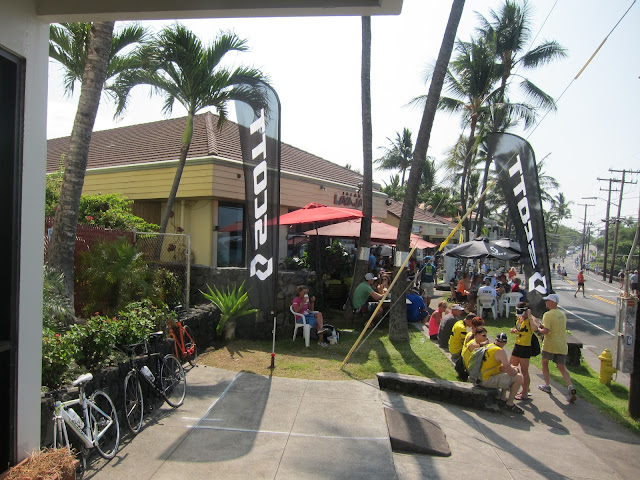 ...to everything, everywhere in the town being covered in Ironman associated stuff and pop-up stalls. 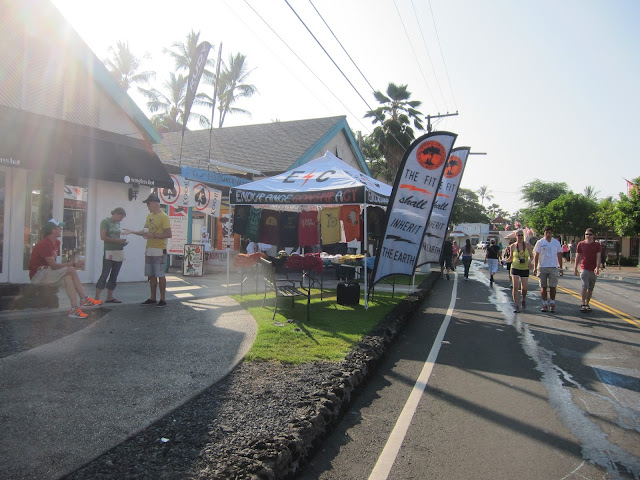 To volunteer shift #1, escorting athletes through transition to show them the route, help rack their bikes and point out important, er, points... 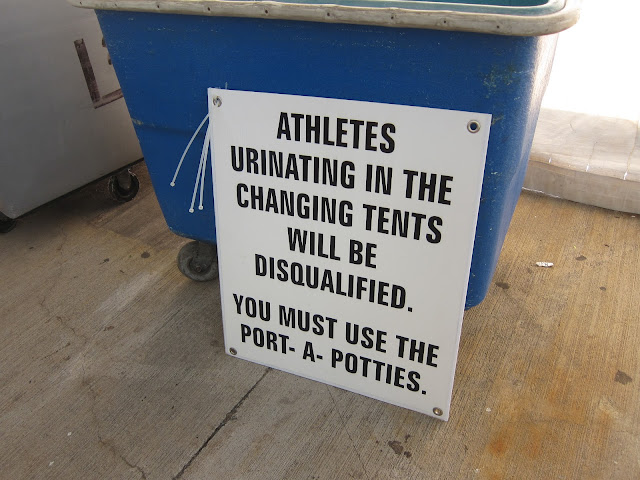 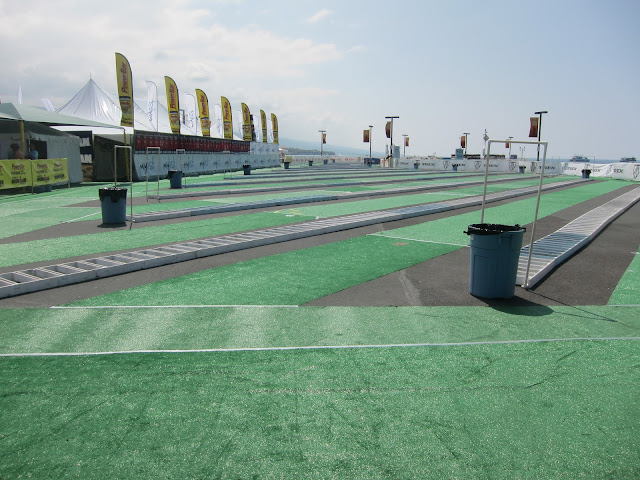 Lookit the queue that brewed - it's a tough job getting over 2,000 people through to show them the route and rack up and we ran thin on volunteers to length of athlete queue quite quickly. 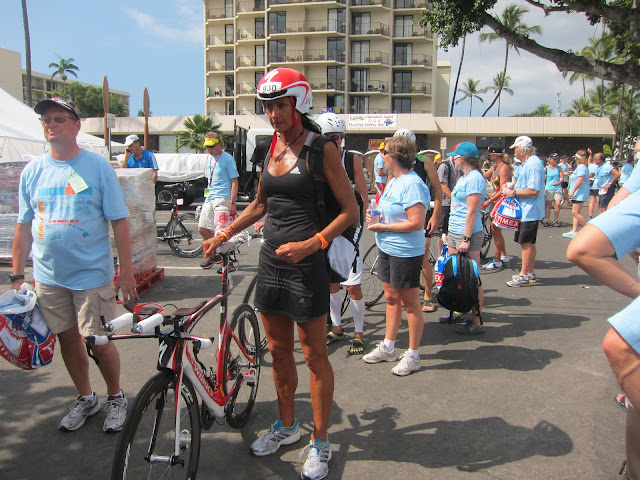 And spotted the odd elite... 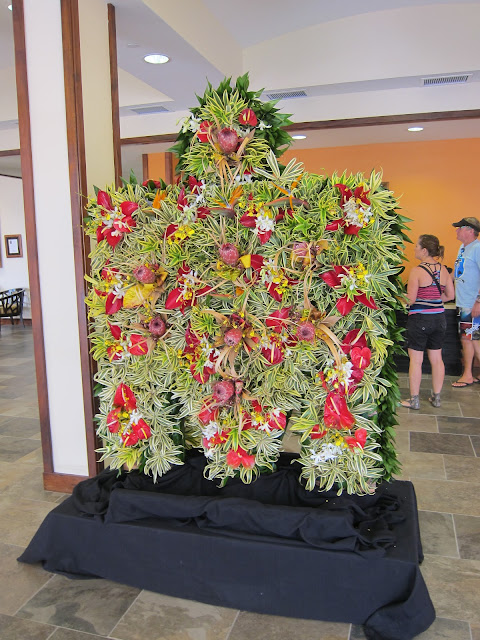 And Ironman brand on -everything- that moves, or doesn't move. 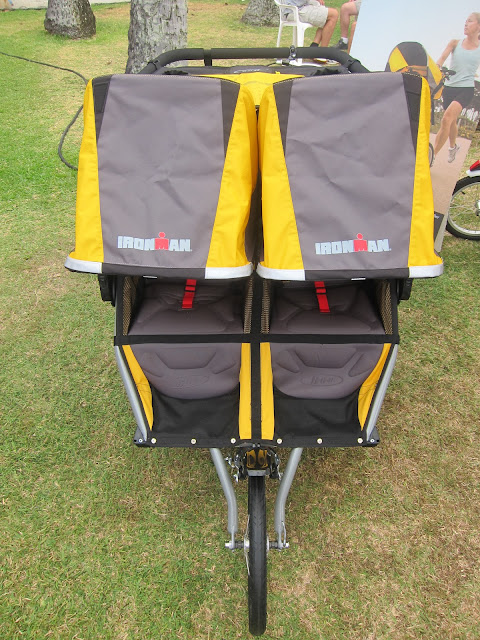 The place heaving with people with minimal body fat...


And handy placement of the race week schedule on the pavement. 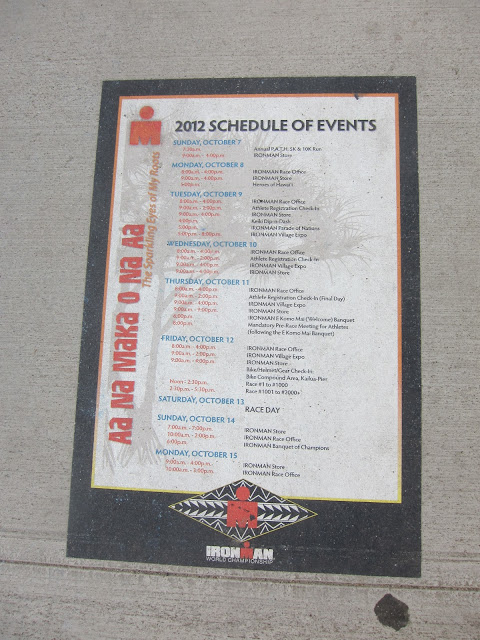 I did a sneaky Brit-centric chalk on the bike-out route from transition, in the hope it might make someone smile. 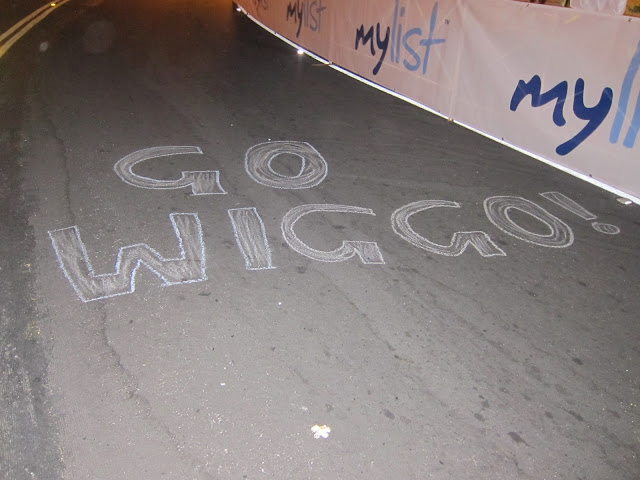 Didn't really get a chance to take any photos on volunteer shift #2 apart from lots of sweaty, knackered athletes in between crossing off names and handing out medals and finisher goodies.

But did run into and and had a chat with elites at the cafe on the way back from my surfing lesson...


And new world champions at the volunteer after party.


They were more than happy to just have a chat, like a normal person and even a normal person with a sunny and cheery, sociable personality.  Triathlon is still like that and I hope it stays that way.  I do worry about it getting really popular and then the elites becoming less and less accessible and "normal".

Also met loads of other good people too, mostly the Team Freespeed guys, IronRosey and @devoniain.

What struck me about a lot of people who were there that I talked to was the attitude of "well, just come and race here next year" as if it were something that you can just arrange to do with no doubt of it happening.