Another solid week, but feeling blue

This has been another solid week of training, but I am feeling quite blue.

My swim session was cut short due to running short on time and being quite hungry.  It was an after work one where I didn't manage to leave the office promptly, so I was tired and cranky even before I started the session.  So I felt a bit down about not getting the whole set in, especially as it was my only swim of the week.  Then I missed my mid-week run, which was disappointing as it was supposed to be a hilly one; not something I could do on the way home and I'd been at a work event in the afternoon so was laden with laptop and other heavy stuff.  So, instead of running, we went for cheese and wine instead.  Oops.  Again, felt a bit down about that as things had been going well and I know that alcohol really sabotages my weight management. 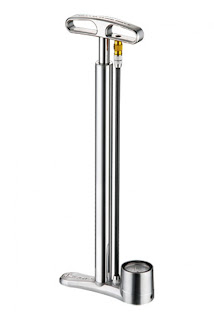 Thursday, I picked myself up, dusted myself off and went for a ride at lunchtime to pick up my lovely new team-issue Lezyne kit; a beautifully engineered track pump, which packs down flat for easy packing into the car and has some rather sweet design features, like a locking hose for when it's not in use.  Also in the team kit pack was a pair of bottle cages, a mini puncture repair kit, a compact pump and a neat bento box.

After work a nice little run up to the common, across the diagonal, down a long long hill and then... back up it again to get home.  There are some lovely varied routes on Wimbledon Common - it's so versatile: flat, hills, gravel, dirt, mud, sand... I absolutely love it and it's so much quieter than Richmond Park.  And I was back up there on Sunday for the local running club's 10K race with some friends.  With predicted baking heat, utterly sweltering by 11am, I set off from home on Sunday morning fully intending to get the bus up to the common, but checking the indicator board, it showed over 15 minutes for the bus I needed.  I could jog there in less time; so I did.  Up the hill, not the best of warm-ups and by the time I got to the common the heat was getting noticeable.  To cut a long story short, I ran the first lap reasonably hard, then eased up and had a social second lap.  It was hot and I'd had a second week in a row of quite a bit of training compared with the prior couple of months, so I was pretty fatigued and in no way in good shape to force out something in the low 50min range.  Had a nice chat with @abradypus afterwards and then toddled off for coffee and cake while I waited for an update from MrTOTKat who was out doing the ride I'd done the day before - his longest ride since Ironman Wales last year!

So, a bit up (a good solid week put in) and a bit down (missed out on a quality run and part of my only swim session, and was a bit liberal with the boozes).  Looking forward to a week of having great fun trying to fit things around my trip to the rural office!  I'm sure I'll make it work somehow.