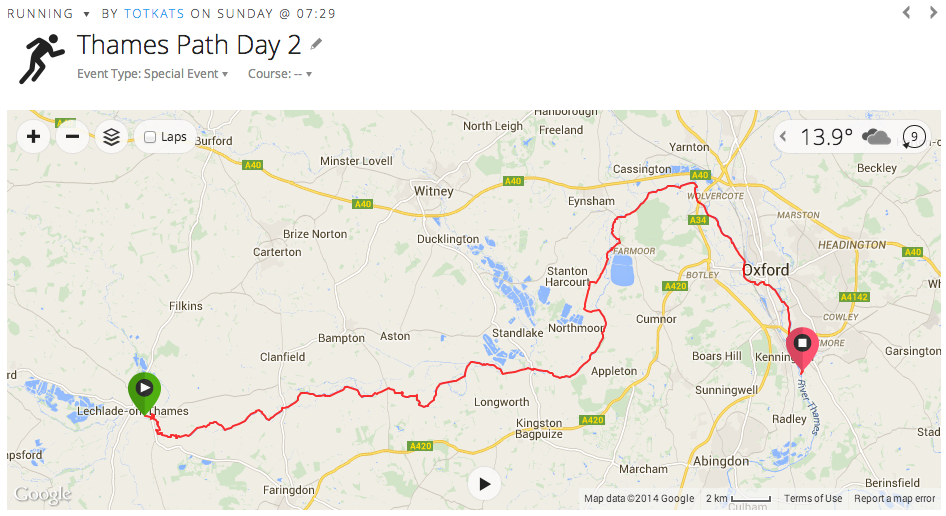 Day two and I set off before breakfast was being served at The Swan Inn in Lechlade.  I managed to find my way out of the pub (having fretted in the night about being locked in) and back to the river to start a long day of running.  On the plan was 30.5 miles, except it turns out I got that a bit wrong... 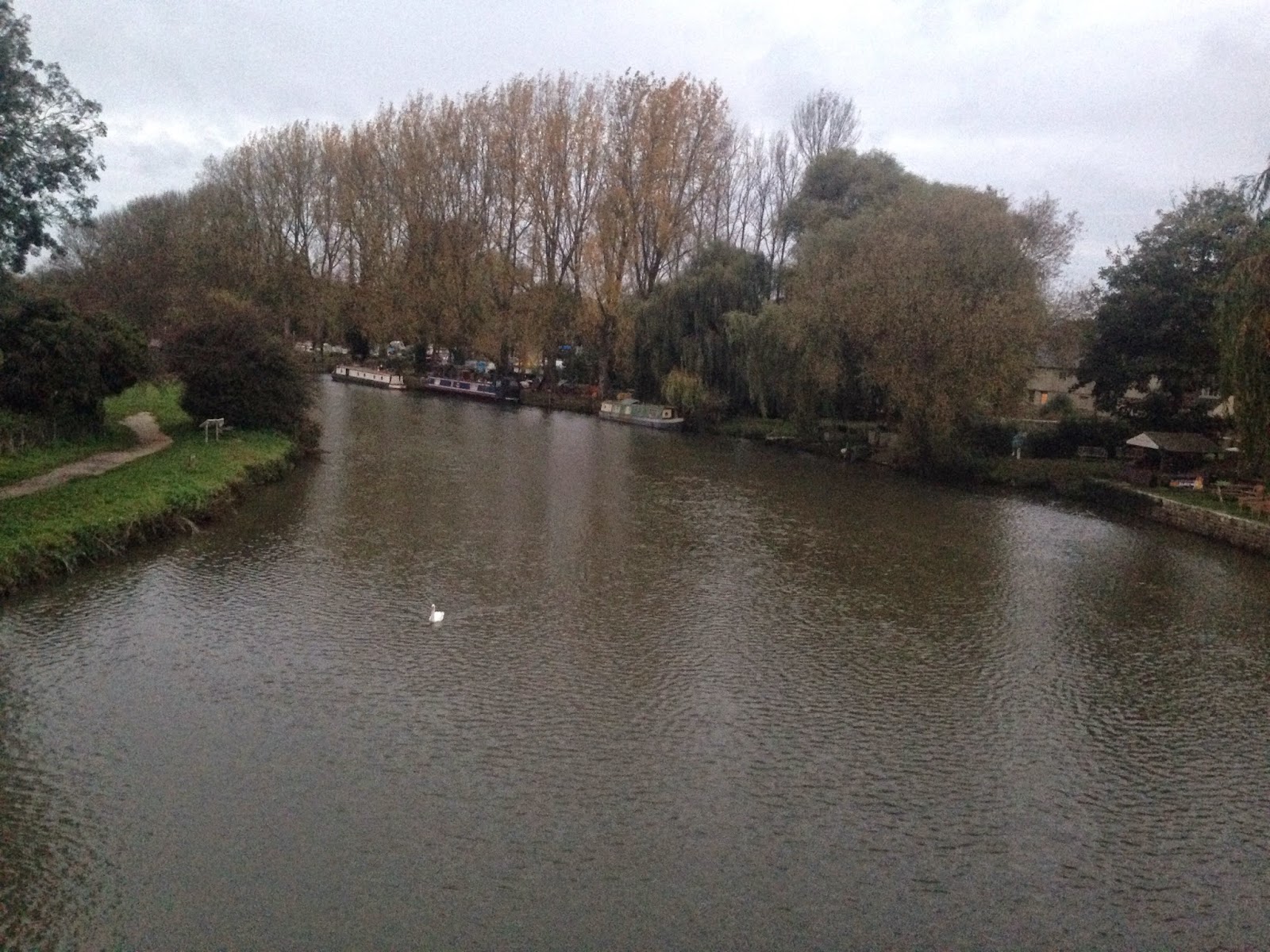 Crossing back over the river to the southern side to get back on the path, off I went, still sticking to the run 8 minutes, walk 2 strategy I intended to follow as far as fatigue and pain allowed throughout the whole path. I'd managed it for the whole of the first day, but to be fair that was really only a short day to keep that going for.

Old Father Thames used to sit at the source, but he got moved to St John's Lock, so I said hi to him this morning.

A lot of the day's route was muddy, narrow path with invisible sides that are a couple of inches high.  If you're walking, it's fine as you tend to put one foot literally in front of the other; when you're running you place your feet further apart (or at least I do).  So, each placed foot is at an angle which varies step by step, putting large strain on your ankles.

This, combined with the morning dewy, ankle deep grass meant I had wet feet all day and by the end, extremely achey ankles. 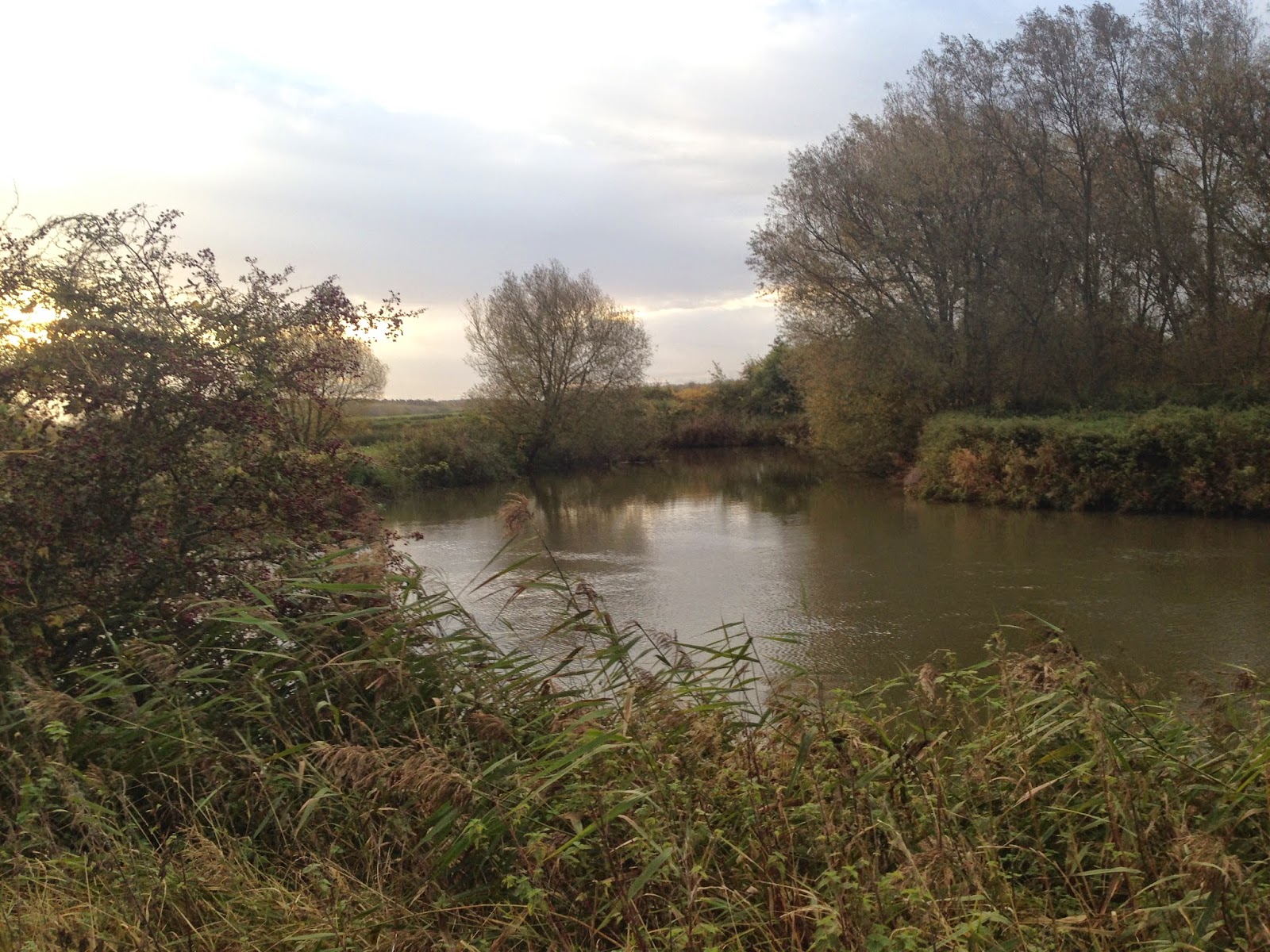 Fields came and went.  Some with gates attached to nothing, just in case a farmer ever puts a fence in.  The signage on this day was pretty darned good as well apart from right at the start where I ended up crossing over a bridge when I shouldn't have, but soon righted the error. 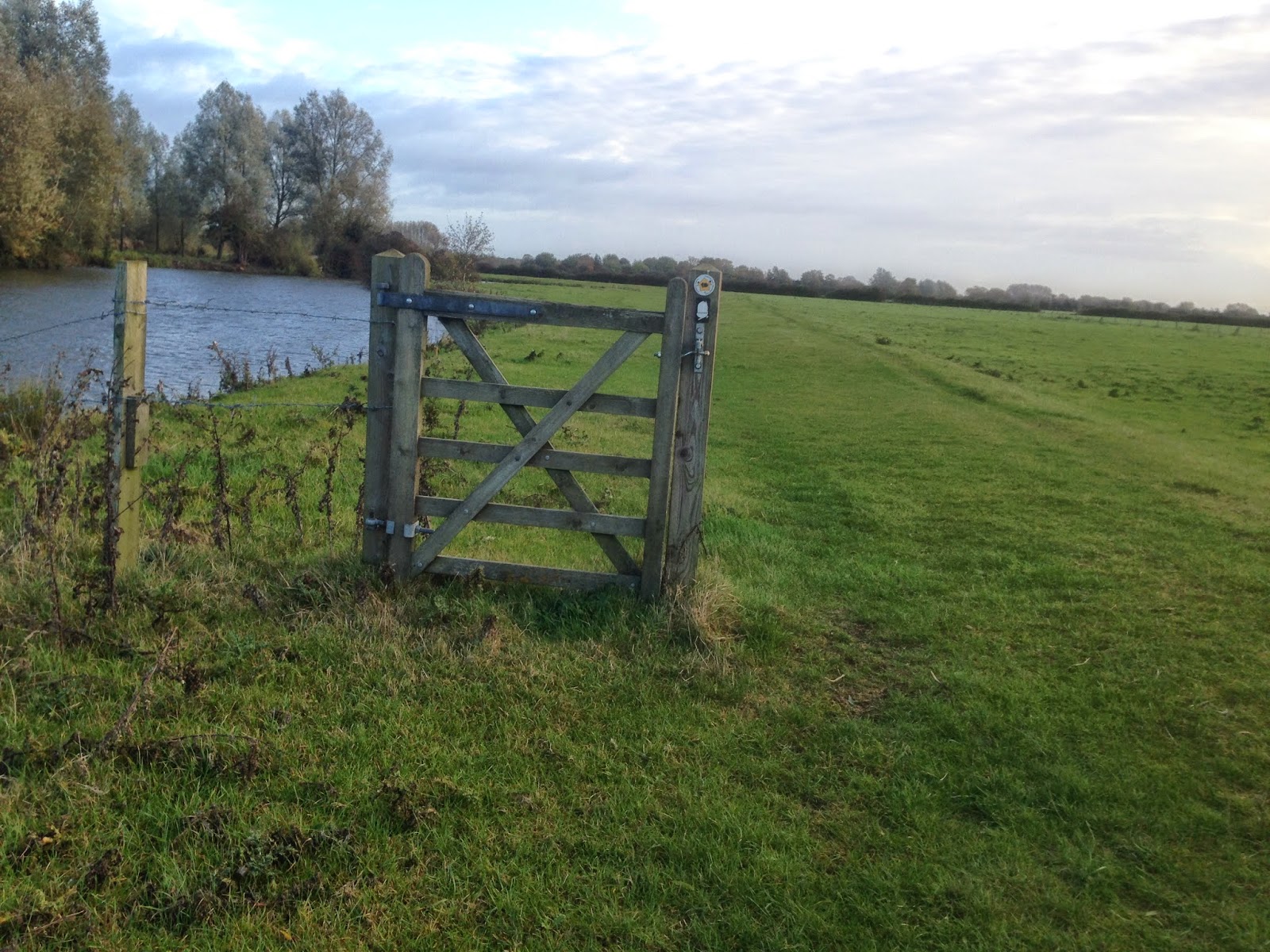 Having run a few ultras already, I had down pat the method of determining the route across a field.  Scan for any of the following; a gate on the other side (preferably with round signs on it), animal tracks, human tracks, a worn path.  Combine any of those and you're likely to be right.

Shortly after midday, thoroughly fed up with having sodden feet, I finally came across a dry section of path. This was a pretty joyous moment as I'd been going for 5 hours and 23 miles and I thought I had only about 7.5 miles to go and that they'd be a lot drier.


The miles came and went and with the odd little detour through boat yards, and down the side of railways.  Some of the Thames Path is pretty unsalubrious, but it's functional.  This early on, it's mostly pretty and full of sheep and cows. 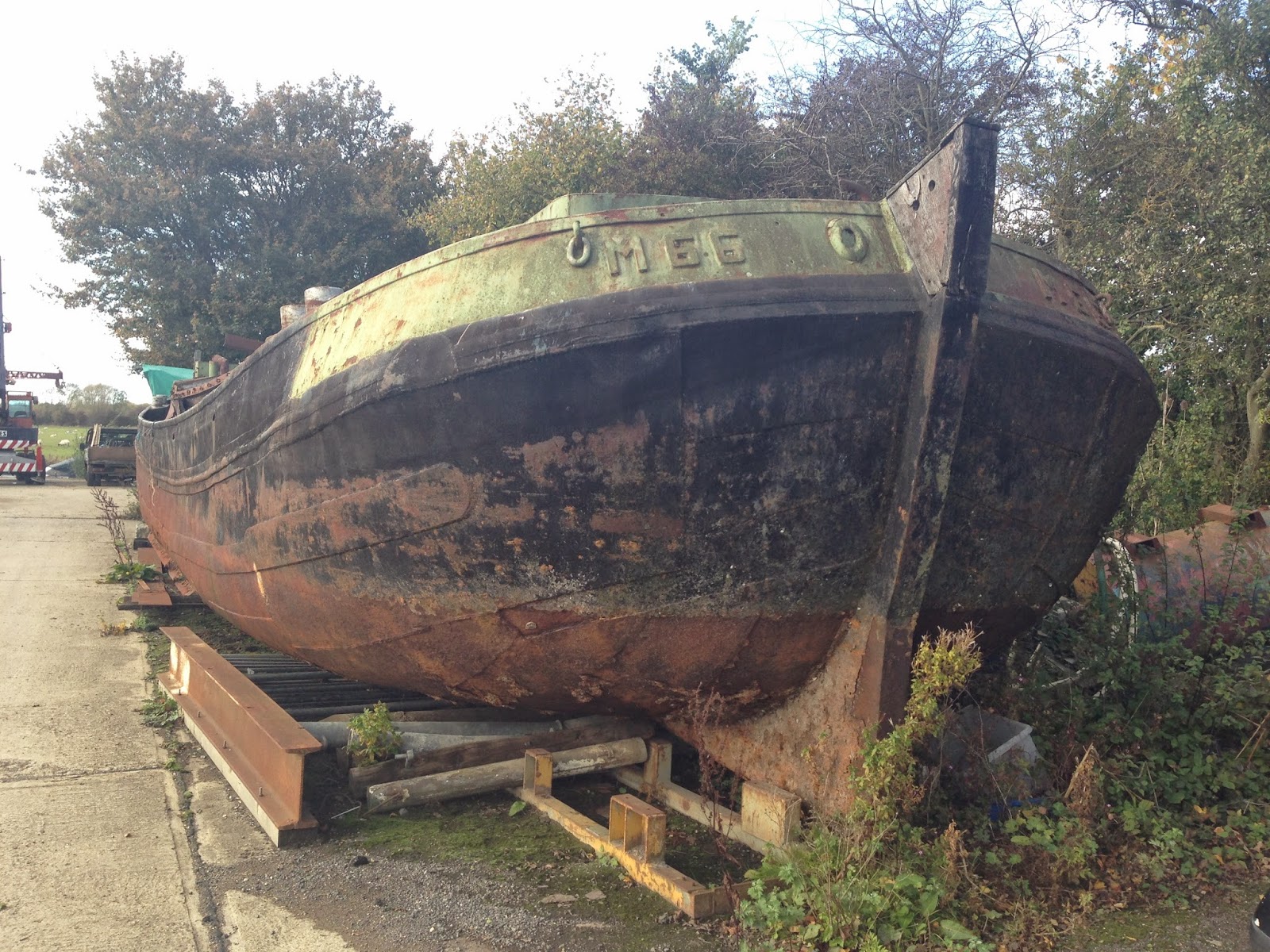 More miles came and went and I started to realise I'd under-estimated the mileage for today.  I'd used Google Maps, which is pretty good until you start to modify a route it's given you beyond a certain number of alterations, at which point you're not allowed any more. So, today and, I think, day four had a lot of modifications which meant the estimated route diverged from the path by quite a bit.  I'd thought the number of cut corners vs. extra wiggles made up for each other and that 30.5 miles was about right for today. 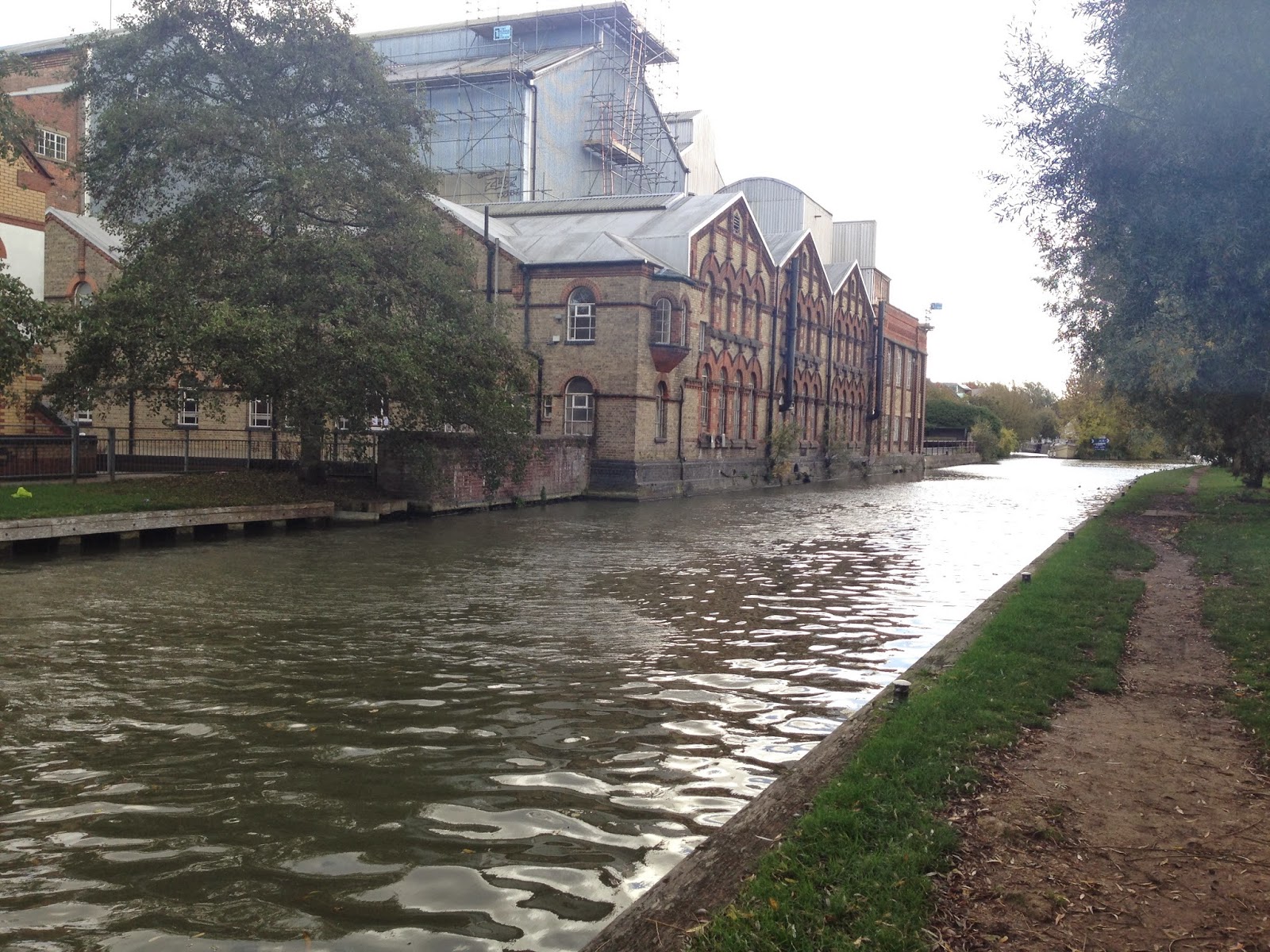 My TomTom Cardio watch ran out of battery at around 33 miles, by which time I'd had a bit of a melt-down and a cry.  I'd started walking a lot more than 2 minutes in each 10 and had to keep my sunglasses on despite the gloomy light, just to cover up my runny eyes from the people walking the tow-path into and out of Oxford.

Another mile and a half after that, I finally saw the Oxford Thames Four Pillars where I was booked to stay for the night.  Quite a few expletives of thankfulness the day's running was over, I turned off the Garmin and trundled the extra km to the hotel to meet my mum for a good sit down and some food.