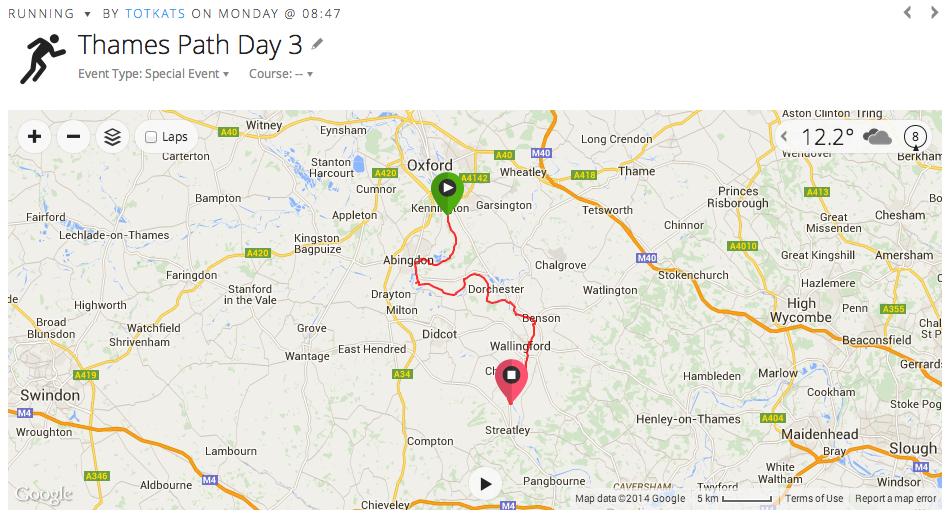 Day three would see the first bit of the path I've recced before.  A few weeks ago, I ran a section with Louise and it was a pretty awesome run that day.  And because of yesterday's mess-up with the distance, today would be a really short day.  It was supposed to be 27 miles, but with the extra 4 miles yesterday, it'd be 4 miles less today.  Yay!  (sort of) 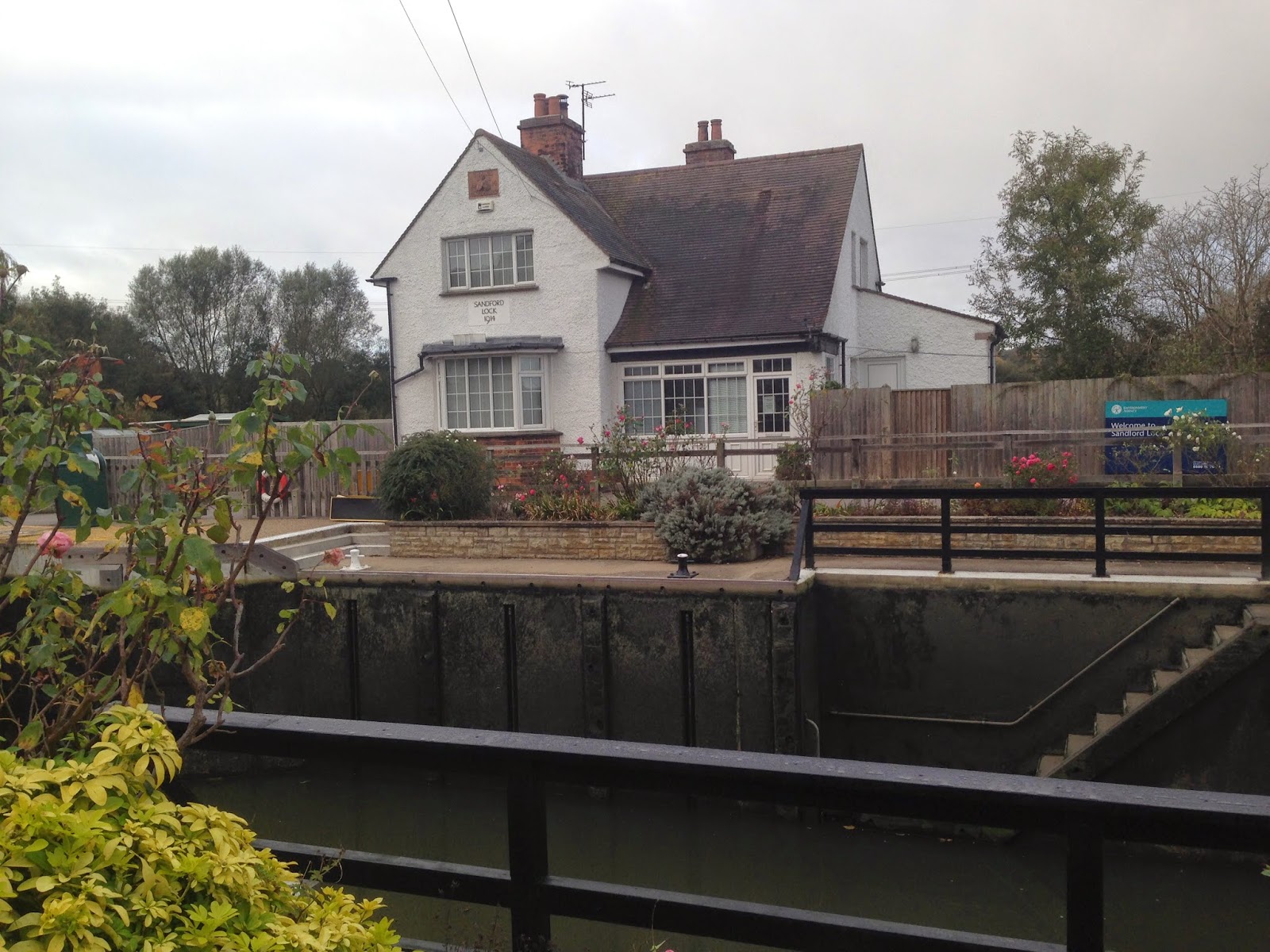 This was one of the prettier sections of the Thames, with plenty of locks (with toilets and taps; see the fabulous National Trail website or Environment Agency website for full details of what is where).  It was, however, another muddy section with plenty of nettles.  Having slashed my thigh on the first day with brambles, I didn't really feel the nettle stings any more.  The Romans had it right with nettles.


A lot of the path looks like this photo below.  And this is really the bits that I love.  Softish ground, layered with dryish leaves and a lovely canopy of trees, with a view of the river in between the plants. 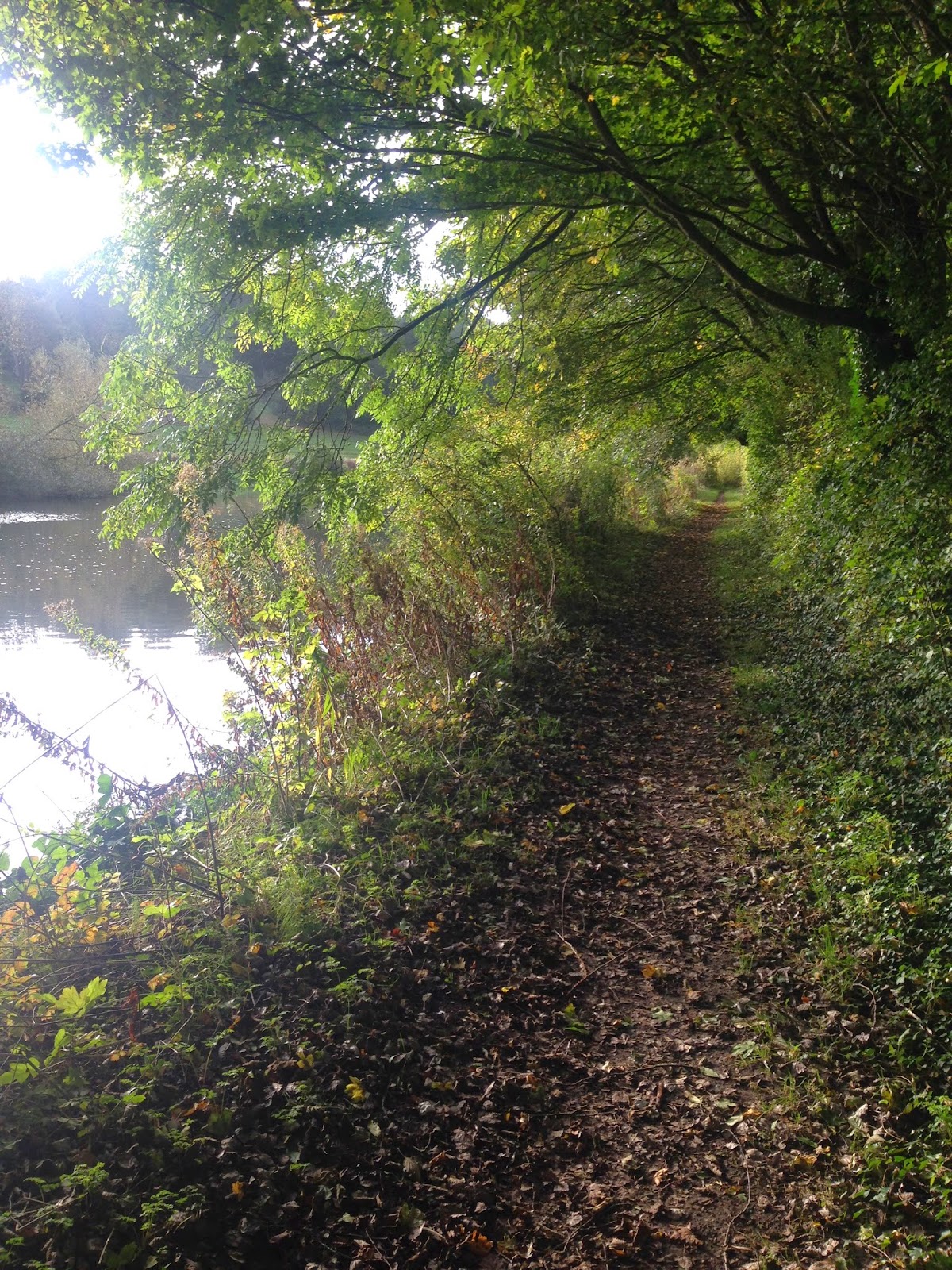 Trotting in to Abingdon, quite near the start of today's run, I came across some Police tape across the path going under a bridge.  Annoying, but oh well, up and over it is instead. 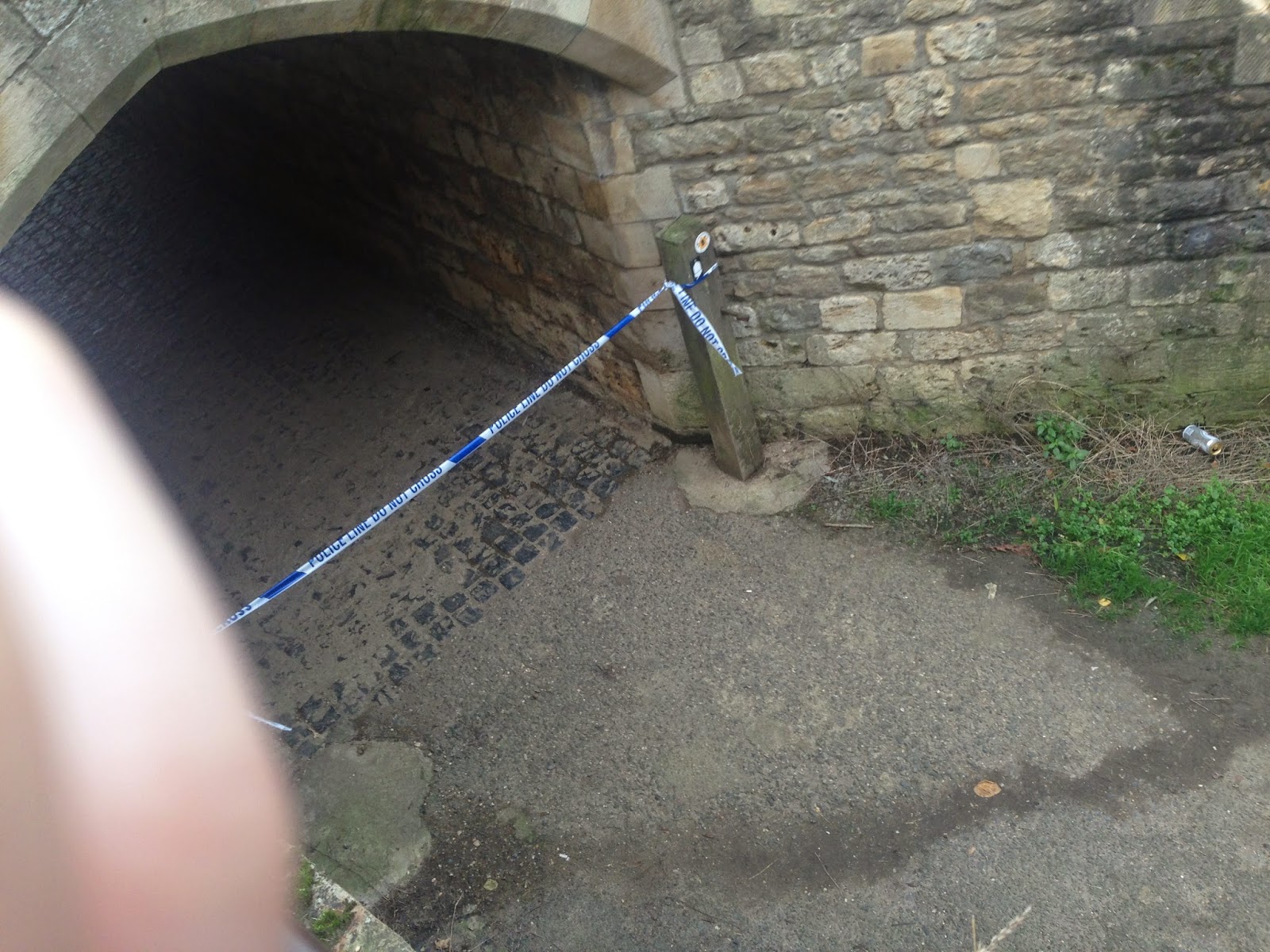 Except I was stopped by a local newspaper reporter asking me about "the murder".  Eh!? What murder?  Apparently someone had been stabbed to death along that section of the river the night before and the Police had cordoned off a section of land to investigate the scene.

When I got to the top of the steps, I was stopped again by a local BBC TV reporter, who I had to stop mid-flow to say I didn't live there and had only just then heard about the murder.  I thought I'd pop straight back down onto the path on the other side of the river, not really knowing how big the taped off area was.  The Police said; "no".  And that I had to divert down the main road as far as Culham Lock.

Where I got really really angry as there was no indication of how to get back to the river.  Cue melt-down number two of the trip.  I threw a full-on strop and swore a lot.  I think I was a bit tired even though only a few miles into the day's run. 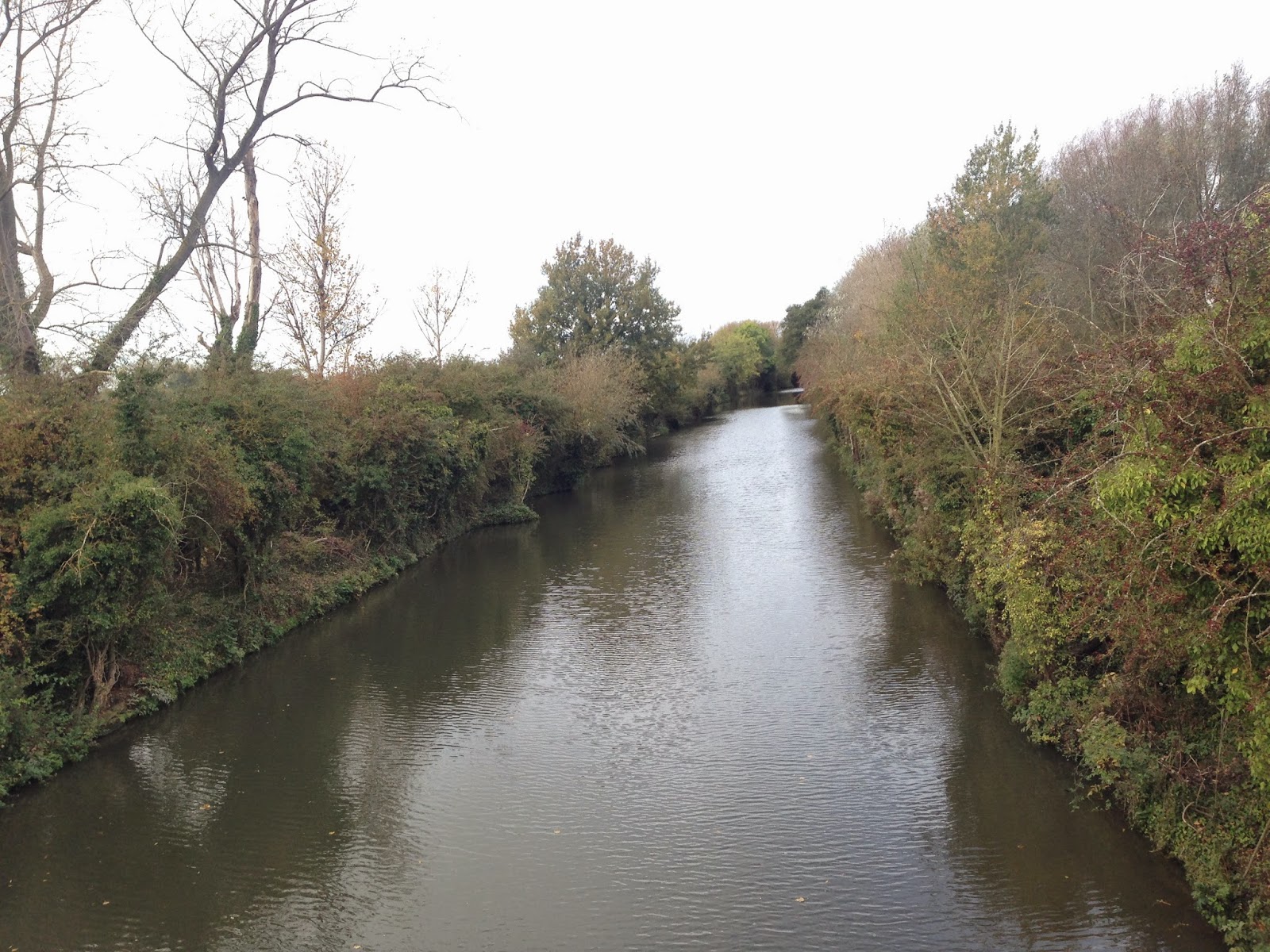 River found again, I carried on. 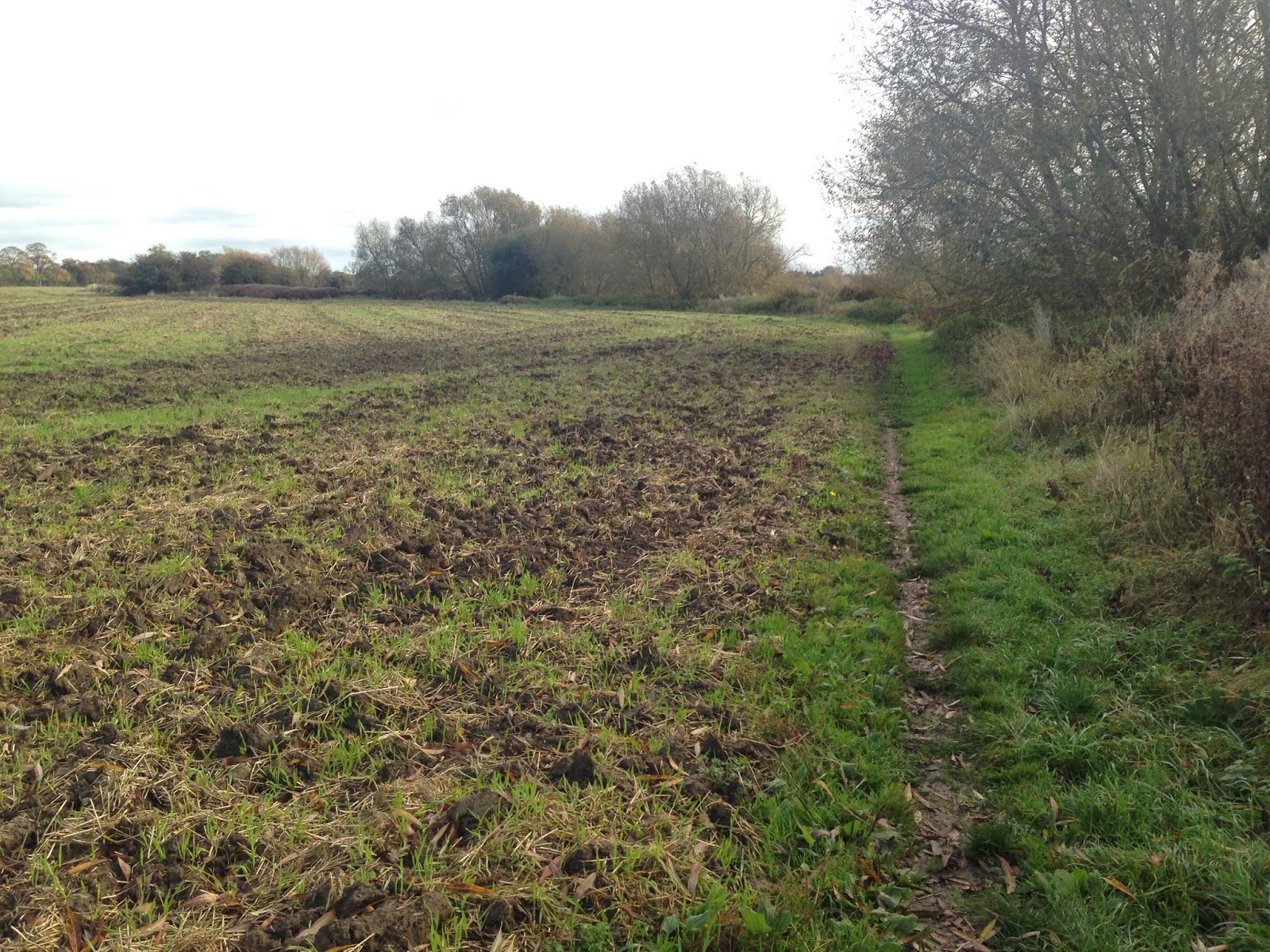 Along the edges of fields again, where you really can't see the river at all. 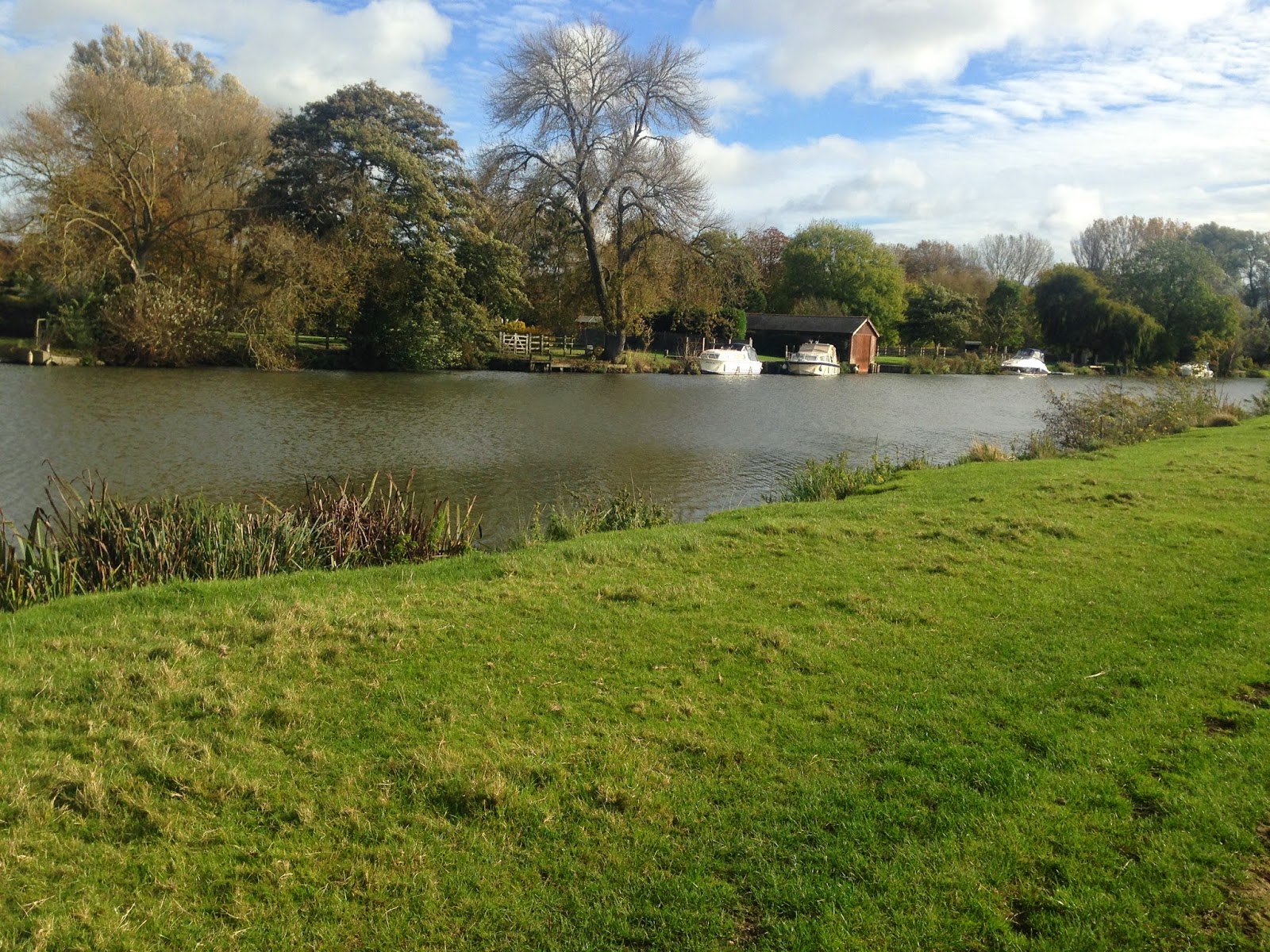 Then along beautiful meadows with the river stretching out to one side of you. 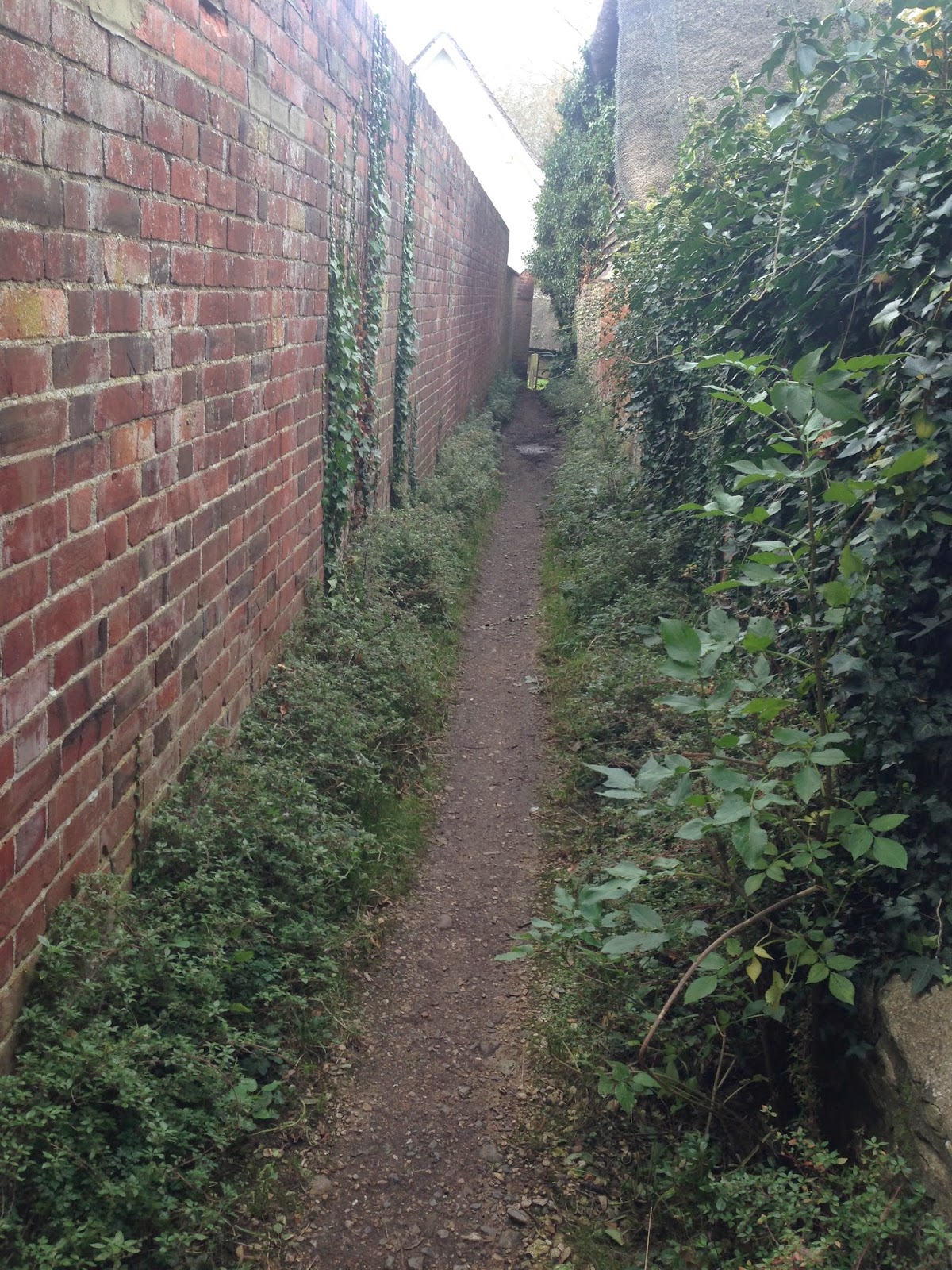 Alley-ways between houses is another cute feature of the Thames Path. 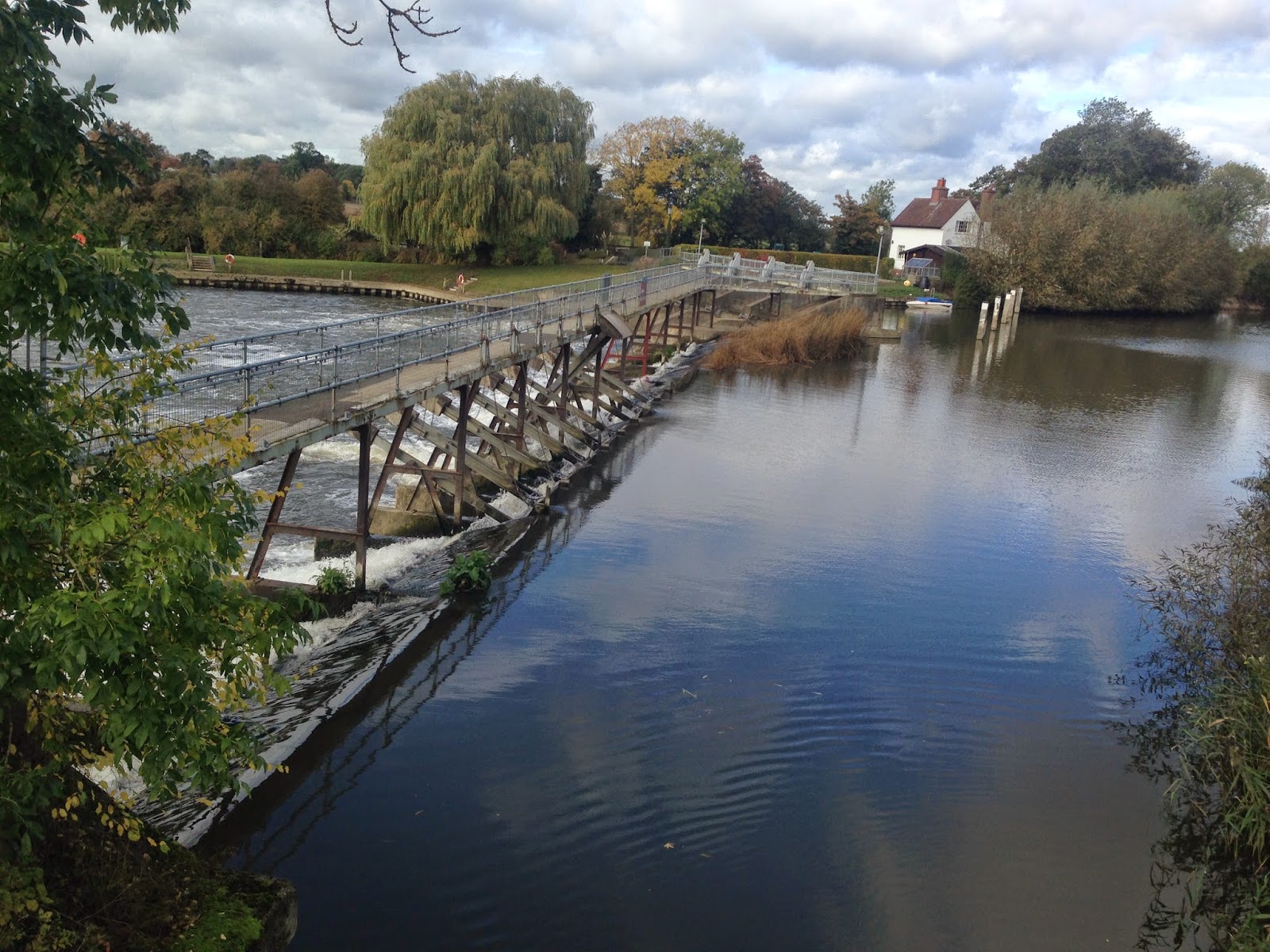 Weirs that stretch across hugely wide sections are pretty awesome and bear stopping for a few moments to watch and listen to the water rushing over.

Some of the villages are rather pretty too.  Though shortly after passing these cows, I was repeatedly stung in the calf by a wasp that I had to yank out of my leg as it got stuck on the fourth sting.  Having been stung quite recently, the best thing I could do was leave the stings untouched and grit through the itchiness of the next 4 days.

And then there are lots of sections that give you the impression people haven't passed through in quite a while.  Where the vegetation is tall, thick and so close together you get whipped by it as you run through. 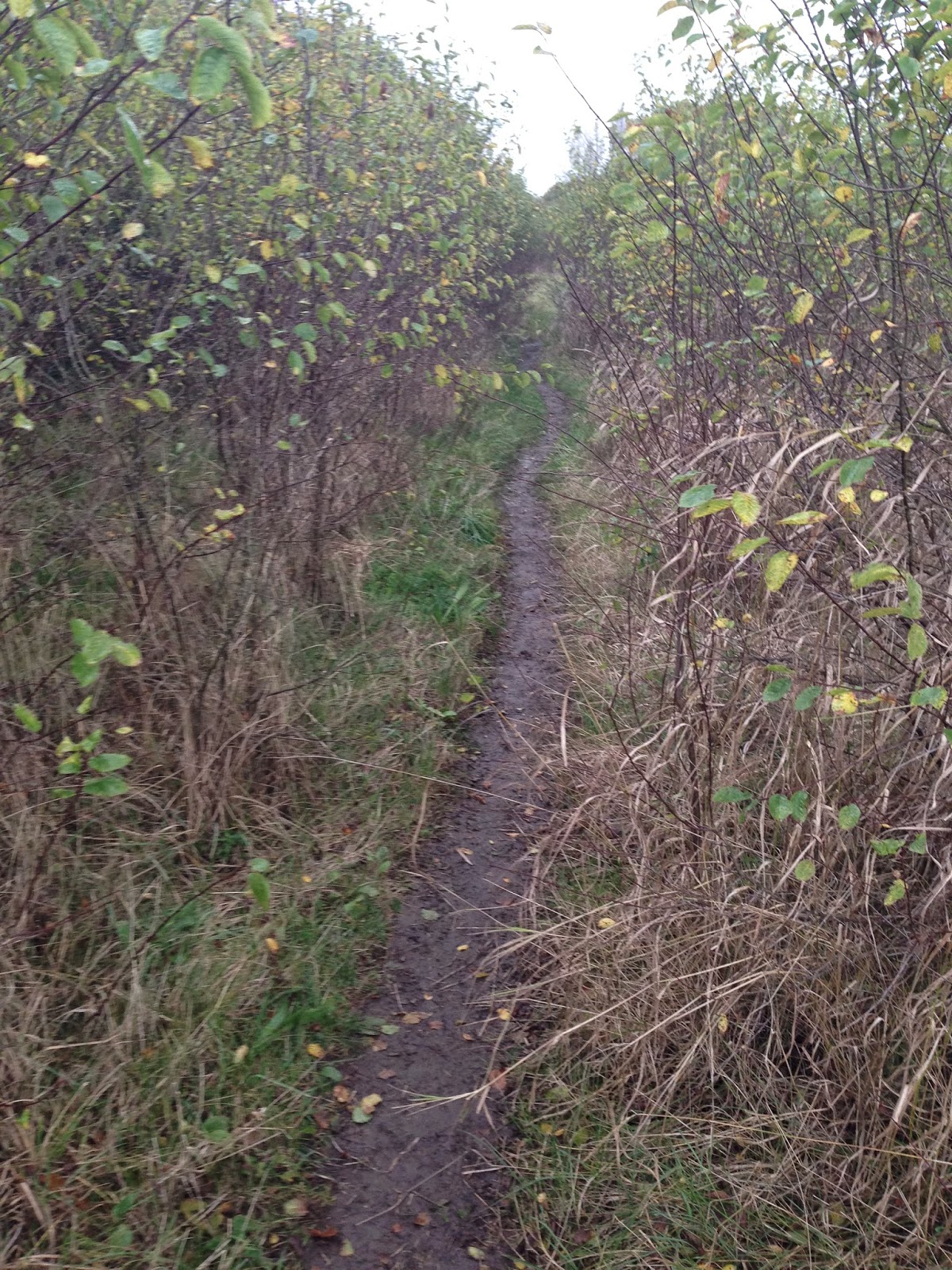 Luckily, this is where I picked up the section I'd done previously with Louise and that meant I was close to the end of the day and the lovely Beetle & Wedge pub where I was staying.  Of course, true to the previous two days it also meant that I was due a really muddy and wet section to make sure I had drenched feet as I came in for the day.

Shortest day done.  Wet and muddy feet.  I hove into the pub just as they were finishing lunch service.

So, having started the day with 2 cups of tea and run 23 miles since, I just about managed to persuade the pub to give me some cheese and biscuits, a pint of ale, a pint of soda water and a pot of tea.

My room was really rather lovely as it had A. this enormous bath in the bathroom, and B. would have MrTOTKat in it later on as he was dropping by for family dinner with me and my parents that evening. 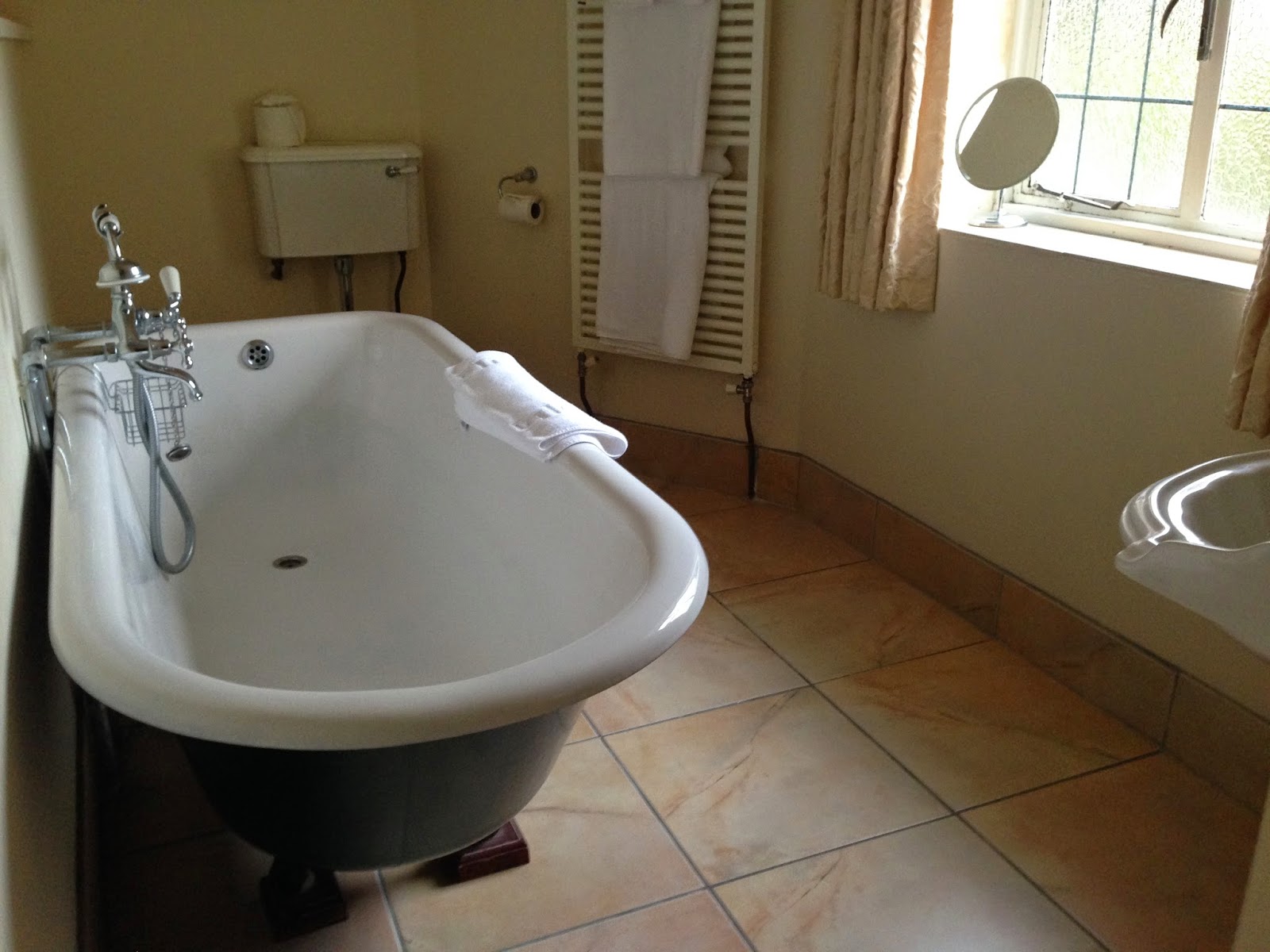 Third day done, half way through in terms of time but under half way in terms of distance I was a bit deflated and down.  My ankles were sore and my feet were sore.  I had amused myself by tidying up the final few bits of course marking the sweeper for the Centurion Winter 100 race had missed a couple of days earlier... 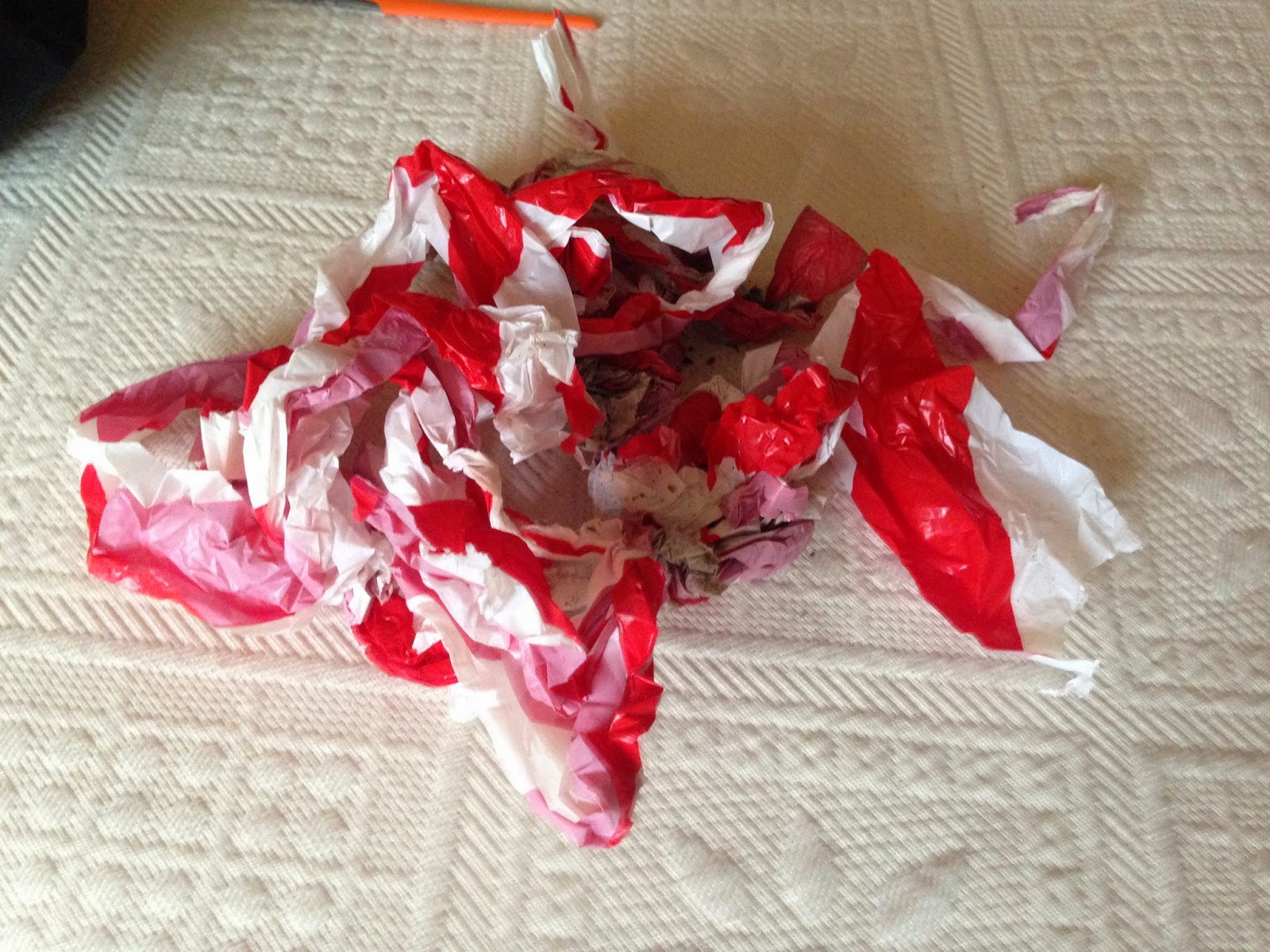 A short day, but an eventful one with a murder scene, wasp stings and seeing my family for dinner.  But 3 more days and a smidge over 100 miles to go.  I'd still stuck to the 8:2 mins of running vs. walking, but I was seriously wondering how I was going to get through the next two days at 35.5 miles each day before the last day of 31 miles.