Why should I actually bother? 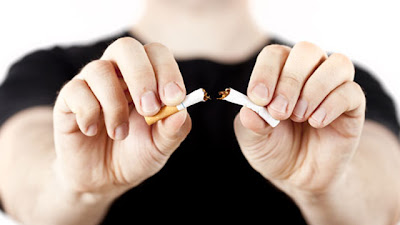 I have a theory.  Losing weight is like stopping smoking.  For some people it's easy; for some people it depends where they are with their life and whether they're "ready" to do it or not; and for some it's never going to happen no matter how much stress and pain they put themselves through.

For the last group, the answer to the question "why should I bother"? is probably "actually, you probably shouldn't".  Even with the right support, education etc. for some people the stress and effort involved for them to lose weight and keep it off is probably more damaging to their quality and length of life than the excess weight could potentially be (excepting the obese to the point of needing a crane to get out of bed).  The stress and frustration alone can be so psychologically and physiologically damaging that it's better to keep that little bit of excess.  There have been recent studies that have correlation between slightly extended life expectancy in the elderly and being slightly overweight compared with the current recommended guidelines.  Of course this could be related to having extra padding around joints, bones and organs so that bumps, knocks and falls have less serious consequences, but without having read the studies in any detail, I couldn't say.


There is a great importance, in Western Society mostly, placed on being slim; probably overly slim at that.  Yes, there is a growing percentage of the population who are overweight and yes, there is fat discrimination (which I certainly experienced, first-hand, in the past).  And yes, the pressure to be slimmer can be overwhelming and pretty much dangerous in some cases.  But the dangers of being a bit overweight are surely outweighed by the long term misery, stress and daily difficulties around food and eating?  I, for one, had it pretty easy losing weight (keeping it off was harder, yeah, until I came across a relatively old idea that's re-surfacing) but I'm sure that if it had been a lot harder, I'd've been psychologically better off staying quite fat and probably better off physiologically too.  Stress does bad things to your body as well as your brain and, in fact, can contribute to higher fat gains for the same calorific intake and expenditure compared with an unstressed person.  I was lucky.  I was one one of those people who was "ready" to lose weight and in a position to spend the time and effort controlling intake and learning about food, nutrition and fuelling my body "properly".

For that last group of people... they're probably much better off staying as they are.  Maybe not 100% happy, but happier than they would be struggling, succeeding, failing, getting even bigger, struggling and stressing again, succeeding, and being unhappy with the constant battle.

However, towards the end of 2012, I came across a better way to do all of this.  A lower stress way that involves only a little will power/determination at the start and then there's little to no tears and tantrums around feeling hungry, having cravings (apart from very strong mental states with causes unrelated to nutrition).  If you've been following my posts regularly, you'll already know some bits about it, but for those who haven't, I'll be putting together a more structured permanent page about it in the coming weeks.  (If you can't wait that long, go and read Gary Taubes' "Why We Get Fat and what to do about it"., "Good Calories, Bad Calories

", or if you're comfortable with biology and biochemistry, "The Art and Science of Low Carbohydrate Living