Weight Loss: Why Is It So Hard?

Why -is- it so hard for most people to lose weight? 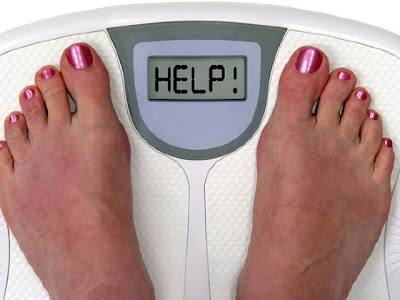 And why is it so hard for most people to keep going to the gym for more than 3 months after joining?

To the second question; we'll come back to that one another time. To the first question; the answer is really very simple these days. Lack of responsibility.

Yep. Be offended. Be very offended. Because I'm not actually blaming individuals themselves here.

Mostly, people are just lazy and/or woefully under-educated about food and nutrition and want a quick fix and want to rely on someone else to give it to them. I don't blame anyone at all for that attitude in a world where you can buy almost anything to circumvent personal effort, why should you not be able to buy health and a fantastic figure as well? There's also the people who make money out of it all. The people who make diet pills, "low fat" foods, "diet" plans; the lifestyle coaches, the advertisers. They're all in the business of making money. Yes, it's making money out of selling people an unattainable (long term, in general, using their methods/products) goal, but nevertheless it is business and not a social service. Does that make it right? Does it matter that it's not right? Does any of it add up to enough of a lifestyle change to lose weight and keep it off?

The thing with answers to questions is that they generally throw up more questions...

The plain and simple answer, for -most- people (with no underlying endocrine disorder etc.), to losing weight and keeping it off, is to re-educate themselves away from all that the media, "nutritionists" and manufacturers are pushing at them and simply eat appropriate amounts of as unprocessed as possible food and not skip meals (as that tends to lead to bingeing).

Except, it's -not- simple. Most people don't want to have to prioritise planning, shopping, cooking from scratch over convenience, immediacy, spontenaeity and dedicating time to "more interesting" things than dealing with the job of fuelling their bodies appropriately. Also, cheaper convenience foods do tend to be more heavily processed and have added ingredients to make them taste better, last longer, look shinier etc. which, to be honest, aren't really what the human body has evolved to digest and metabolise. Freely available foods have, in general, evolved significantly more quickly than the human body. And the availability and cost of producing, and this buying, of simpler, less processed foods has declined. For me to make a lasagne from scratch, using reasonably quality ingredients without going over the top, would cost more than buying a pre-made reasonable quality one from, say Marks and Spencer. Now, I choose Marks and Spencer with care here as M&S do tend to keep the ingredient quality reasonably high, lean towards free range and organically produced ingredients and lay off the added enhancers and modifiers, but they do add some of that stuff because there is a need for attractiveness of the product and reasonable shelf life after production and shipping to the shops. However, M&S are relatively pricey in the field of "ready meals" so it is a reasonably fair comparison with making from scratch. But still... I can't make a good lasagne more cheaply than they can sell one to me. And it certainly takes me longer to make one than it does to buy one and re-heat it. So why should I bother making one?

I get constantly frustrated by people who say that they "can't" lose weight and they do eat healthily and there must be some underlying problem with them that means they can't lose weight. Yes, there are conditions that can cause that, but they're not all that common at all. The far more common reason for being unable to lose weight (and let's just look at losing it, rather than keeping it off) is that people are not fully aware of what they're actually consuming and how much of it. In general, it's not their fault at all. 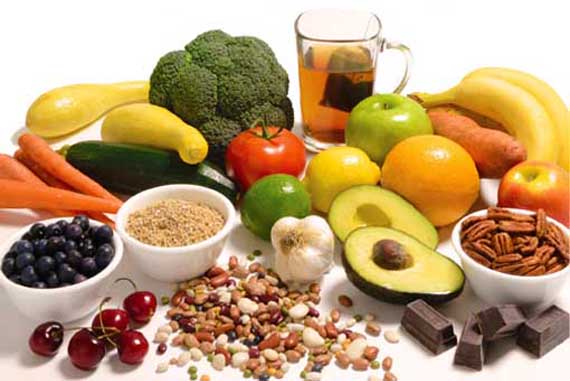 There are so many faddy diets and so many claims pushed through the media about various "superfoods" and suchlike that without proper education and really taking note of what's going in vs. what you need each day to live, work, exercise (if you do that), sleep etc. people really don't see that there may be a mis-match somewhere. What's worse is the huge number of "nutritionists", with no scientific training or research to go on, who believe in things like the cabbage soup diet, with absolutely no view to long term weight management as a much bigger issue. Moreso the idea of "good" and "bad" or "naughty" foods. Someone once said, "food does not have a moral value" and ohboy are they right. Cake is not inherently evil, nor is eating it on occasion. Celery is not inherently saintly, and if you eat your own body weight in celery every day for a week, you're going to want a bacon sarnie and chips straight afterwards (and possibly be quite sick).

Why is the population getting fatter and fatter and unable to lose and keep off weight. Education. Education. Education. Not taxation, as some mad people are suggesting. "tax cake!" er, yeah, right, it already -is- taxed; oh, actually cake isn't taxed, chocolate covered biscuits are, but details aside, taxation will not help. How many people still smoke? How many drink to excess? They're taxed heavily and have those problems gone away? Have they hell! Diets are not the answer either, as they are all about short-term deprivation which is not re-education and invariably results in going back to the old habits that got you there in the first place and then some.

With proper education, right from the start at an early age, there wouldn't be the need to lose weight, mostly people just wouldn't get overweight in the first place; there wouldn't be a need to plan and think and obsess over this kind of stuff because it would be more ingrained into general knowledge. Yes, there would still be fat people, and conversely very thin people with the exact same problem manifest in a different way, but it would be far less common. But not just education around food and nutrition but cooking too. OK, I said it's quicker for me to buy and re-heat an M&S lasagne than cook one myself, however, there are a zillion things that -are- quick and easy to cook from scratch it's just that people aren't encouraged to cook simple, quick meals by the fact that that kind of cooking isn't sexy enough for TV programmes (although Jamie Oliver had a go with "15 Minute Meals") and if you can buy it ready-made more cheaply... and so what if cooking a meal occasionally takes a few hours, it's so satisfying, dammit! 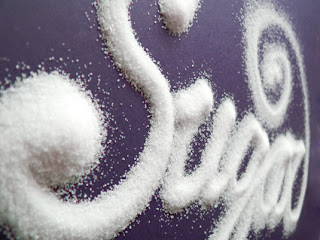 So, there we go. Education and the media. Oh and it's so hard to lose weight because it's easier not to.  And sugar.  But that's another topic.

(if you're looking for a good place to start; I can recommend lots of resources, but here are a few to get you started:- Why We Get Fat and what to do about it, How Not to Get Fat

and Weight Loss Resources)
Posted by TOTKat at 06:30