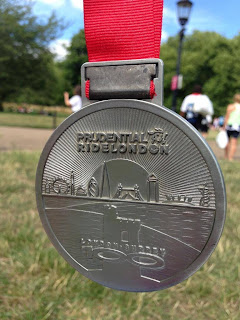 It's been all go for the last few weekends and this weekend was no exception; more excitingly it was the inaugural Ride London 100 event and the longest ride for me since crashing my bike last year on 2nd September, by 100%.

I've been training for 70.3 Austria in September this year and that has meant no rides longer than about 3.5 hours since I've got back on my bike early this year.  80km max, I think, though I'd have to look at some of the ones in Spain to be certain.  Ride London 100 is 100 miles... 160km.  So I was apprehensive to day the least.

Mr TOTKat and I agreed we'd take it gently, enjoy the day out and see how we felt.  So we planned the logistics of the days around it, I got stressy about it all and he figured it out sensibly.  I think I was  just so focused on fear of the distance, the second longest ride of my life to date after Ironman UK last year and that was not a lot of fun at all at the time.  But with it all figured out and no pressure on the day and days around it, we headed into the weekend relatively calm and prepared.

4am on Sunday and the alarm went off... having spent the night in a very humid, cheap hotel room nearing to the finish, we hadn't had a lot of sleep when we were dragged to consciousness by the familiar sound of ducks quacking.  Brekkie was posh instant porridge with California Raisins stirred in and a black coffee before we turned all the bike lights on and headed out to the road to ride to the Olympic Park for the start. 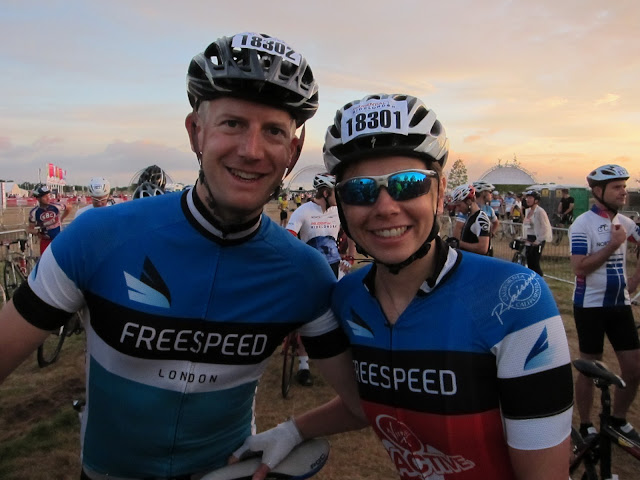 The route got thicker and thicker with riders until we reached the park to drop off bags, find people and filter into the pens for the start.  The plan never was to try to hang on to the rest of the Freespeed guys as they really are a lot faster than us and had different plans for the day than we did.  The start was announced and we rolled off out onto the course shortly after dawn onto the most fantastic course imaginable.  Like the London Triathlon weekend, London's closed roads were absolutely dreamy to ride on and I quickly got caught up in turning on some speed after the first few tens of km. And by the first hub, I was starting to think that perhaps I was going too hard. 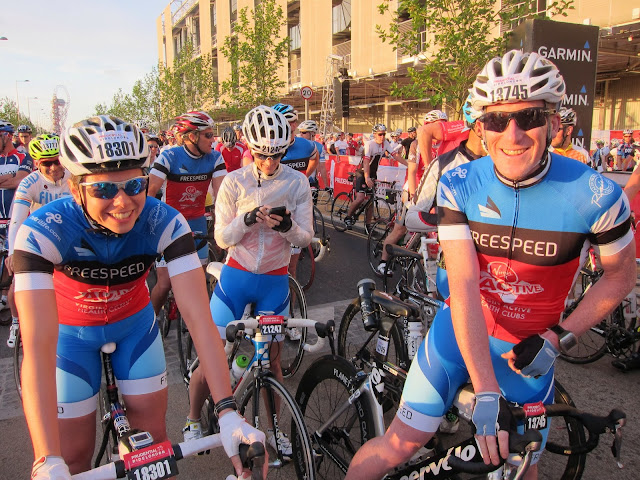 We stopped at the first hub, situated in Hampton Court Palace, and had a nice cup of tea with some salty crunchy Sunbites having crunched through a Clif bar at the first toilet break.  We spent quite some time there and when we started off again I really did start to have some fun. 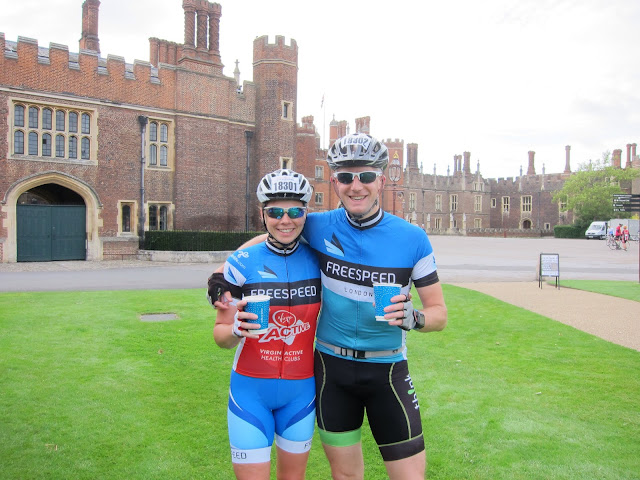 I latched onto the back of one of the passing pelotons and hung on for a while, dropping Mr TOTKat quite a bit.  I eventually came to my senses and dropped off the back of the group and waited for him to catch me up.  Then coming up into the second hub, which I thought was at the top of Leith Hill, I was preparing for a mean old hill that never came.  We stopped in the hub there for a very long time indeed.  Had tea and bacon rolls and chatted about quite a lot.  I think we were there for a good 40 minutes before deciding that we really ought to be getting on or we'd be out all day. 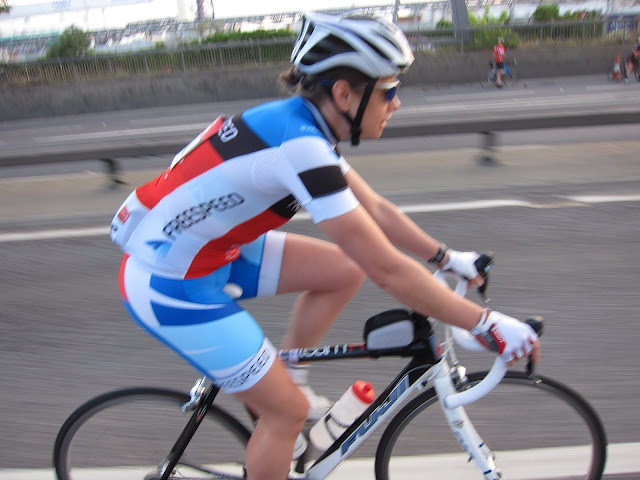 Then Leith Hill actually happened.  Mmm, that was fun.  I wouldn't mind giving it a go again when it's not covered in a bajillion other cyclists.  As it was, it was quite narrow and a bit tricky to get up as I really only have one climbing speed and if people are slower than that and in front of me taking up the width of the road, I have problems.  I did manage to find a route through with a chatty woman who helped keep my mind focused on getting up in one piece and not getting off to walk when I realised I was incredibly hot, really quite spectacularly hot indeed, so much so that my sunglasses steamed up even in the heat of the day. 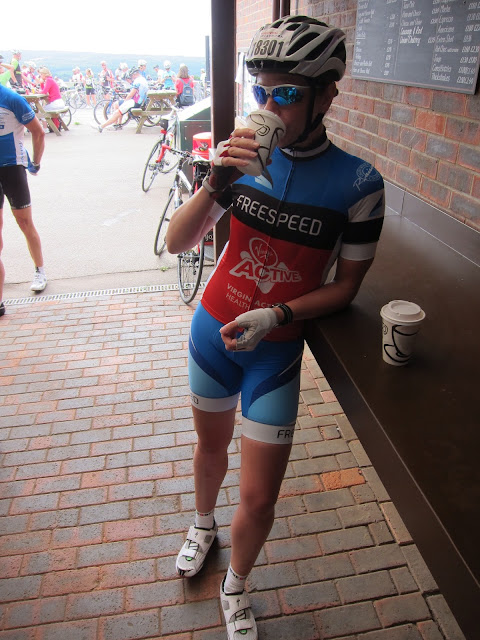 With the one hill I was worried about over with, and Box Hill come and gone with a stop for a last tea and a shared treacle tart, there was one more loo break required at a small station before the third hub and some aid from the St John Ambulance chaps for my elbow which was getting very sore and not supporting me very well any more.  I iced it for 15 minutes at that aid station along with my wrist as well and we saw that there were reports of pretty awesome medals at the finish line, so we decided to get a move on and get to the end without any more mucking about. 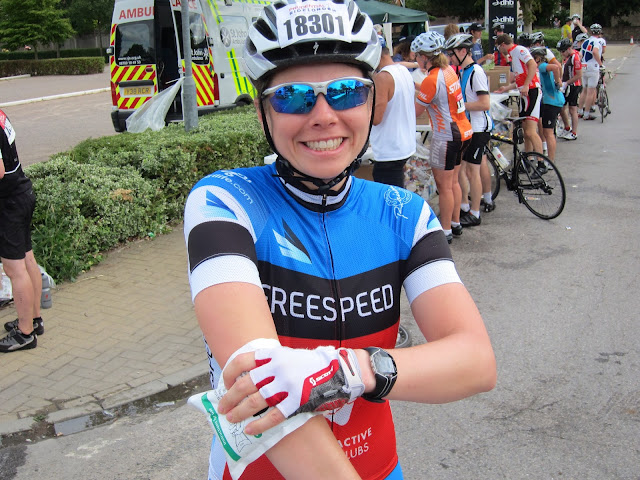 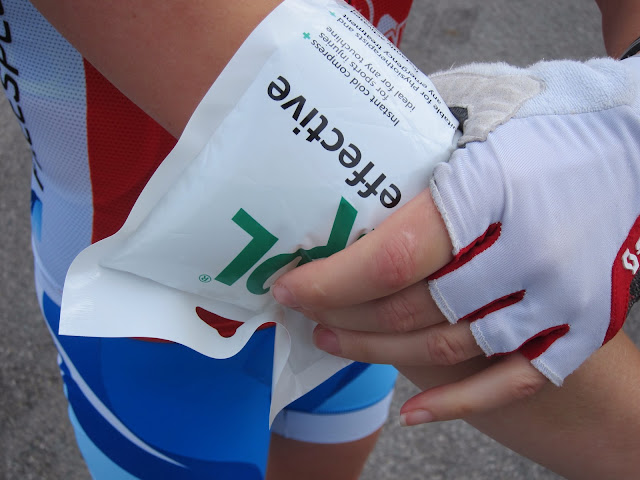 Starting off at a reasonable pace and then winding it up more and more, I dropped Mr TOTKat pretty convincingly again - he was actually impressed and there was no latching on to big groups this time, just really really enjoying riding and swooping around roundabouts on the wrong side of the road; I had a whale of a time!  We swept through Kingston's one way system backwards and onwards on our normal route home from there, which was a lovely surprise and meant the little rise out over the A3 wasn't a surprise and then through Wimbledon, up the hill and all in our stride while many very tired people got off and walked. 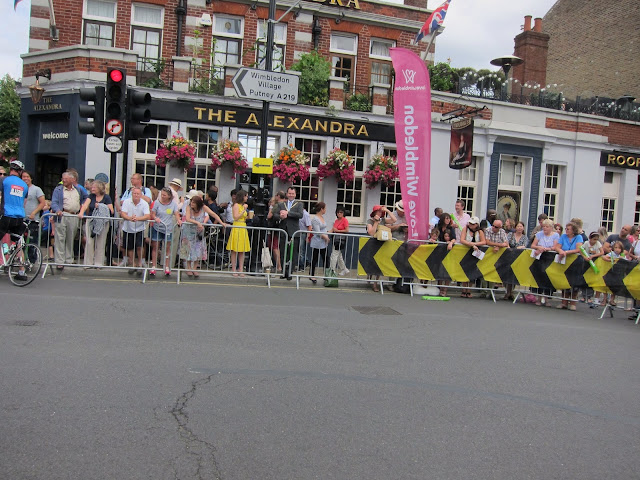 Invigorated by that last part of the route and knowing there was less than 10km to go, it was time to enjoy the course back into town and then up The Mall to the finish line, arm in arm. 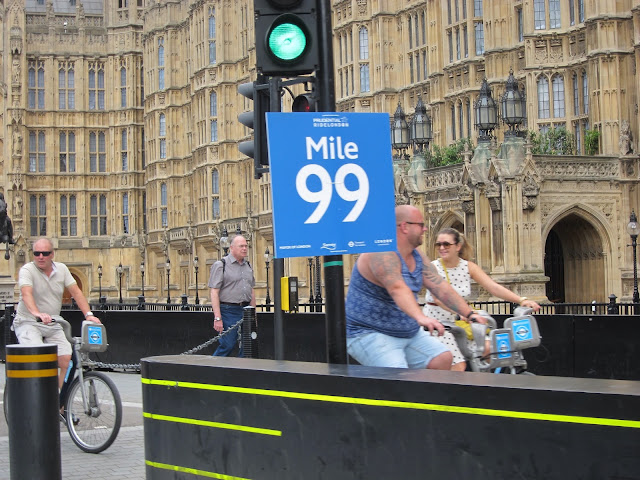 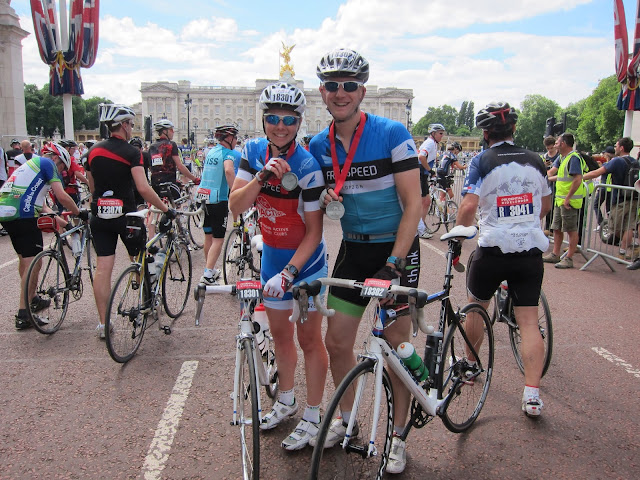 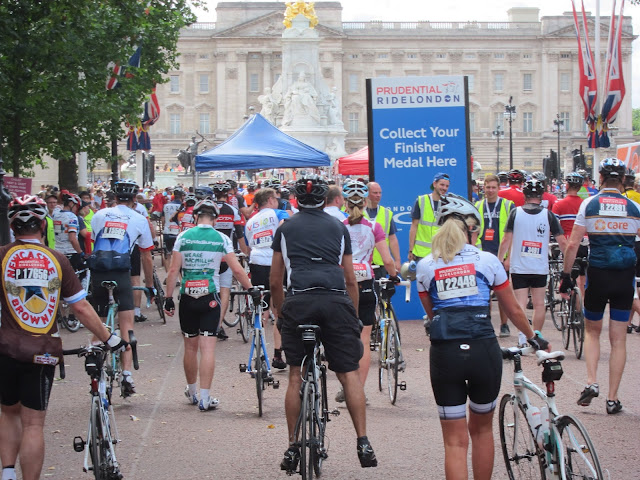 Ride London 100 was a fabulous experience. We absolutely loved it!  So well organised and smooth with no hitches or real stress on the day.  I think we failed to find the festival at the end in Green Park, but otherwise the atmosphere was truly lovely and at no point was anyone difficult, aggressive, short with other riders in any way and the St John Ambulance guys reported being pretty much bored all day; perfect!  We even saw Boris a few times 'cause we spent so long at the hubs :o) 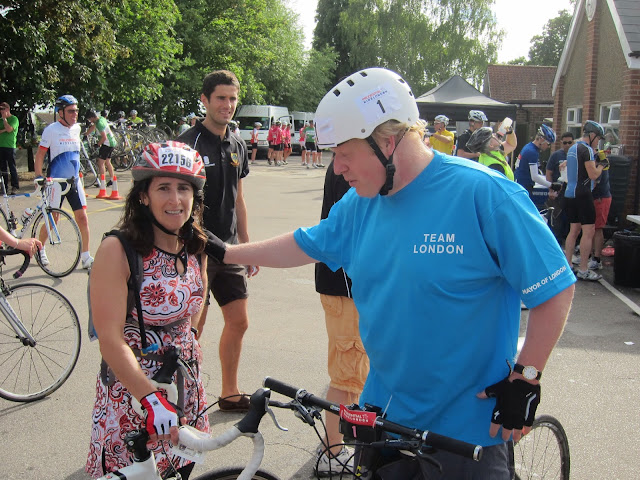