Home alone dinners are often a rollercoaster of randomness and tonight was a real high.  Fennel, potato and cherry tomatoes with a chicken breast, seared off in butter and braised in chicken stock... based on the Abel and Cole braised fennel recipe on a card from a few weeks ago.

One whole fennel bulb, a handful of red, new potatoes and a handful of cherry tomatoes.  Slice the fennel and potatoes. 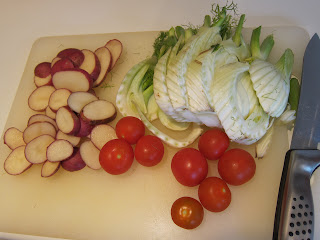 Stick a knob of butter in a pan or casserole dish to melt. 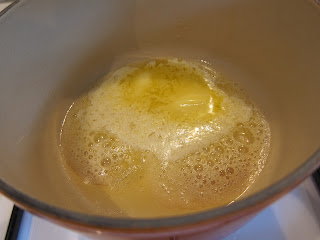 Brown the fennel slices a bit. 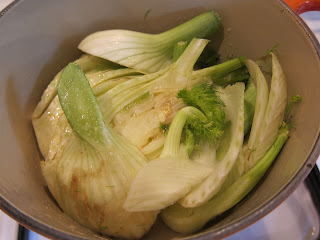 Lay the potato slices on top. 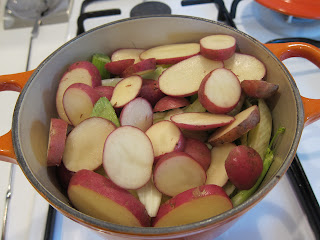 And then the tomatoes. 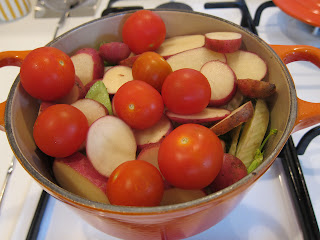 Pour over the chicken stock (1 cube made up with 300ml boiling water). 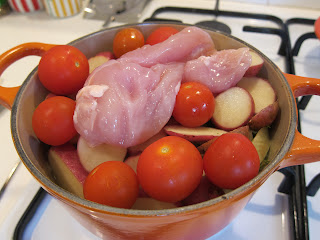 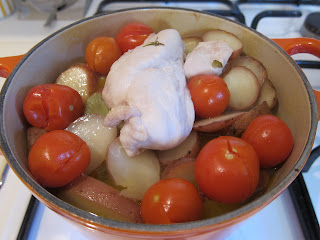 That's a LOT of food and it's really tasty.  Serves one very very hungry person, or add two chicken breasts to the same amount of veg for two less hungry people. 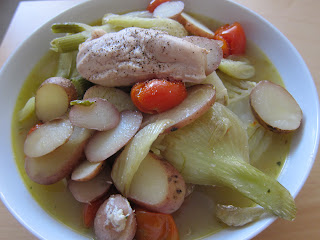