I did all the prep for Christmas dinner the day before so I could lounge about, open prezzies, snuggle, drink champagne and tea etc. on the day with maximum ease. A little final bit and bob with help from MrTOTKat (chief sprout chopper) and the total intervention on the day was about 30 minutes including carving the turkey when it was cooked and rested.

From top left ring: sliced red cabbage and onion, sautéed in duck fat and with a dollop of cranberry sauce and cider vinegar; smoked bacon lardons, searing in salted butter, ready for the chopped brussels; finely diced red onion, fresh thyme, fresh rosemary and turkey giblets, fried in duck fat and topped up with water to then reduce for gravy. 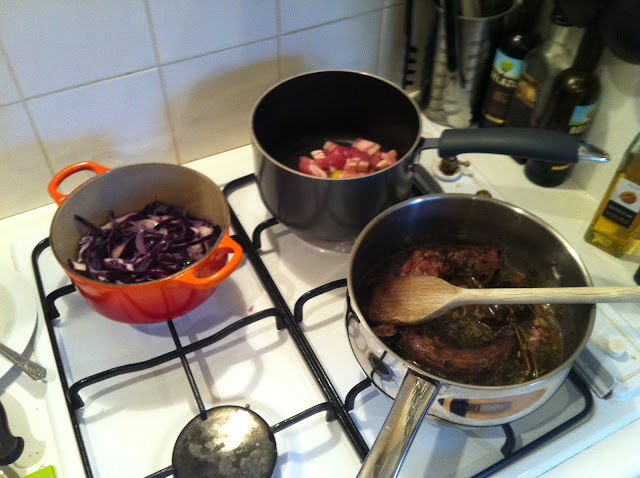 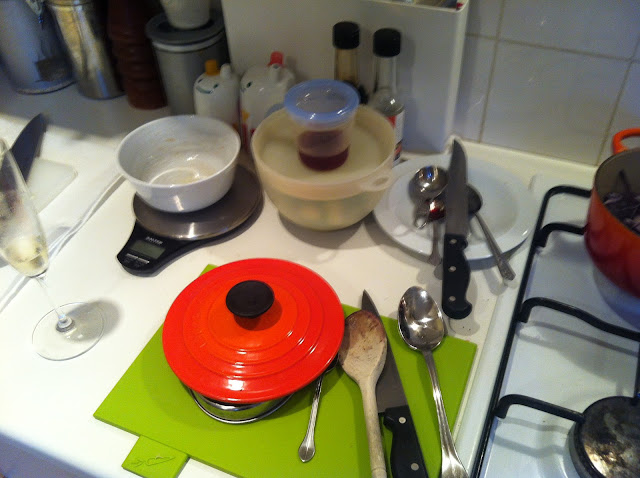 Not an excessive amount of implements in use, even if you do count the glass of champagne.

And, hello turkey crown!  Basted in duck fat and sprinkled with sea salt, thyme and rosemary. 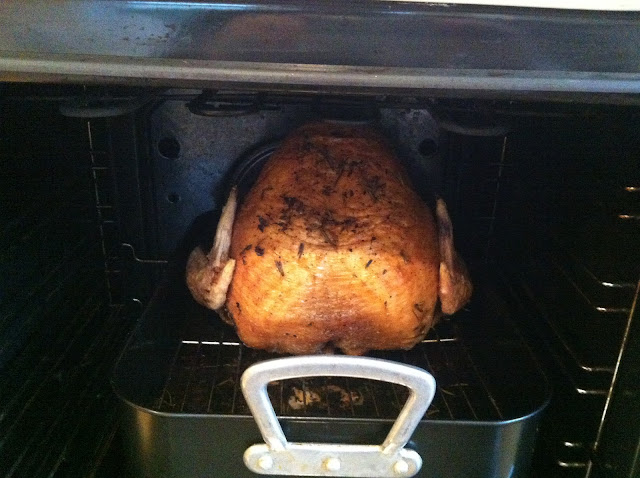 Hidden celeriac and turnip gratins bubbling away under the turkey. 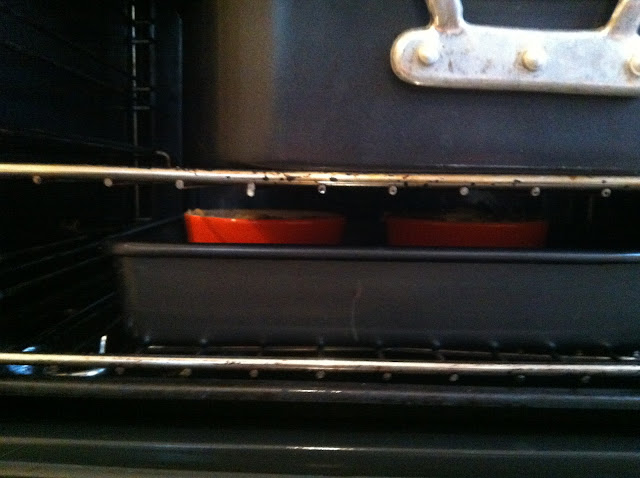 Aaaand the turkey is done!  Rest for 30 minutes and carve. 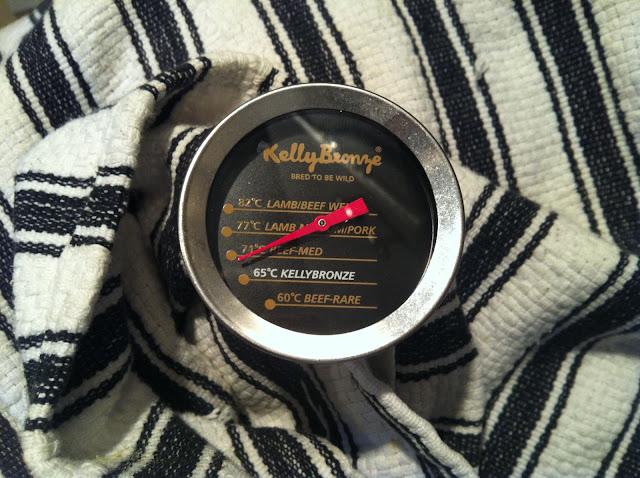 Finish off the sprouts with a few walnuts... 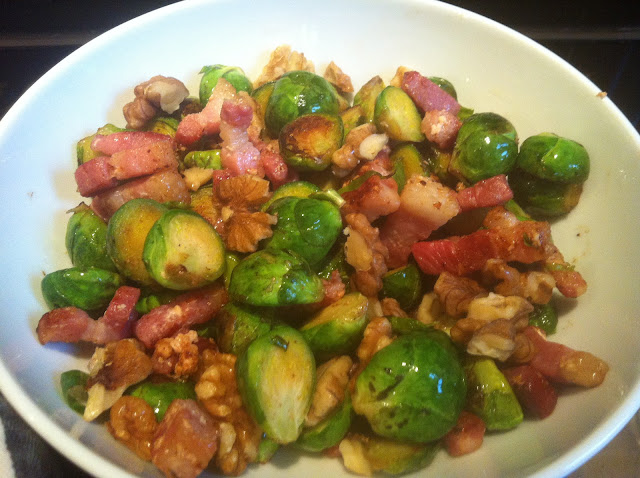 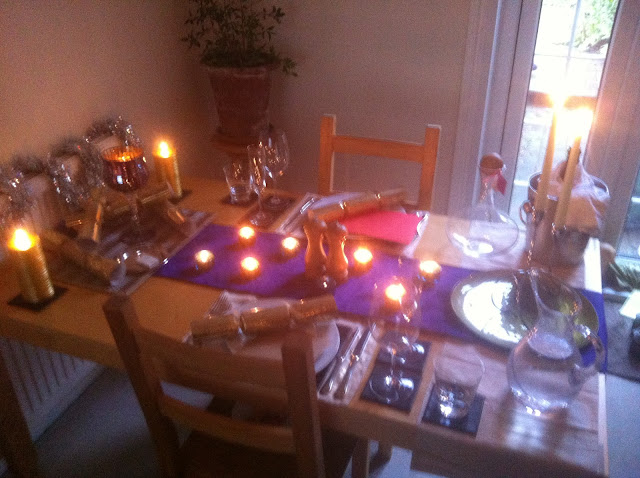 After a starter of salmon mousse, wrapped in smoked salmon slices and served with cherry tomatoes dressed in olive oil, black pepper and sea salt. 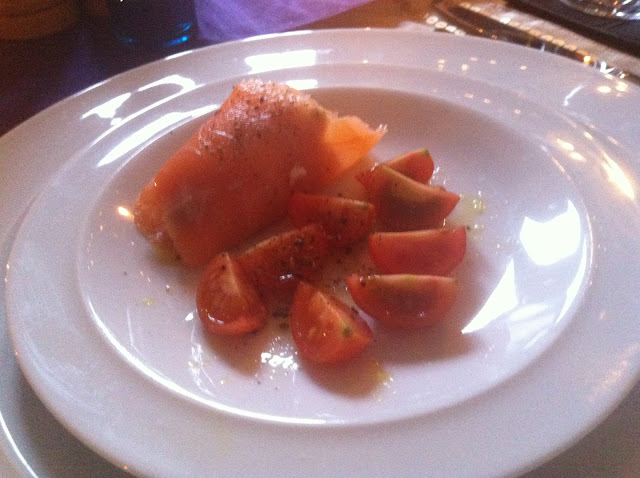 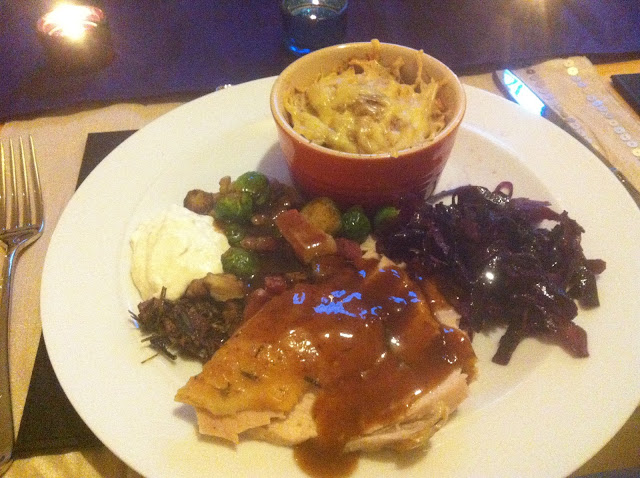 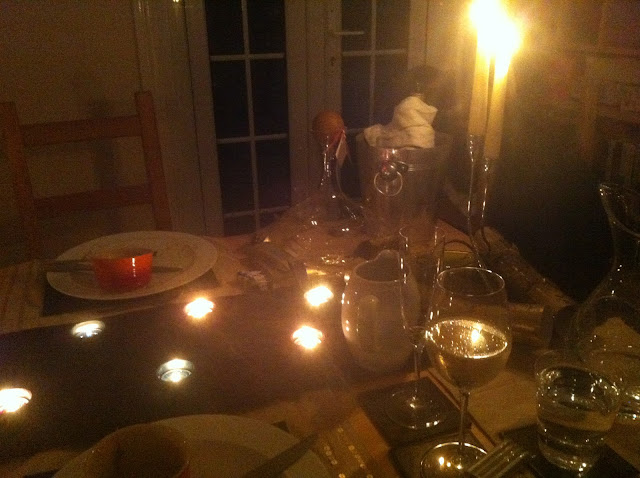 Um. I got a bit squiffy at this point and missed the tiramisu dessert.  And we didn't have the cheese board and nut crackers in the end.  The tiramisu looked a bit like this... 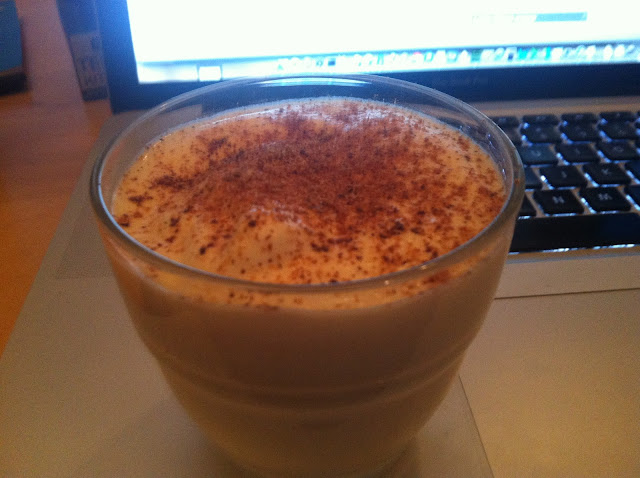 And then for supper there was a Heston delight - Hidden Clementine Christmas Pudding - with Abel and Cole custard.  We were doing pretty well until that point :o)  The whole 3 course dinner, including dessert, but without wine, was 33g carbs.  Heston's pudding, per portion, by itself, without custard, was 65g carbs!  But it was bloody lovely, so I don't care.  The whole day, including blow-out amounts of wine, scrambled eggs and smoked salmon parcels for brekkie, and a mince pie earlier in the day came to 175g carbs.  That's no more than a "normal" day earlier in the year (and we used to eat lower carb than most normal people anyway).

And 2 days later.  I have ketones back in my urine again, so I think that in the grand scheme of things, that was barely a "carb binge" (not to be had all the time, but we'll see in a few months about a VO2 or steady state gas analysis again and if there's a difference).