Giving in to temptation

No, I've not been eating refined carbs.  Or even appreciable amounts of carbs, or processed food.  What I -have- been doing is over-indulging on wine.

You see, wine seemed to be something I'm relatively tolerant to on the scale of Things That Contain Carbs.  It's not all that carby anyway either.  And with one thing and another and the time of year (yes even I have noticed it's almost Christmas) and the fact that I'm a bit mopey about not feeling confident about getting out on my bike on the roads, I've wanted a bit of a pressure release valve that's not going to totally undermine my low carb work so far.

Last week was very bad in the "just how much have I had to drink?" stakes.  I'm too embarrassed to confess to the number of units, but let's just say it's a bit more than the recommended maximum for women.  This week has been better, but my liver/kidneys etc. haven't really recovered from last week.  So, I'm retaining water like nobody's business (hello extra 1.5kg in water weight in 24 hours!), I'm slower in the mornings than I have been for weeks, I'm getting to bed later, getting up later, getting lower quality sleep (still sleeping right through the night though, which is a novelty still despite having 6 weeks of it so far) and eating food when I don't really need it - which is vanishingly rare on my new nutrition regime; it simply doesn't happen when I've not had a drink.  I just may well be not as tolerant to wine as I'd thought. 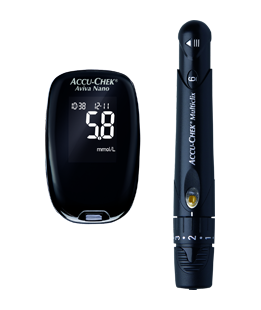 So, in an attempt to work out whether it's causing one problem or another, I decided to see about looking at the effects of wine on my insulin responses in the cheapest way possible.  Using a blood glucose monitor (£15 from Boots), assuming that all things being equal, and assuming that if I hadn't had an appreciable intake of carbohydrate from food and my blood glucose level drops measurably after drinking wine then it means I've had an appreciable increase in insulin swimming about because of the wine.  It's going to need a lot of trial and error and data points to get a picture of what's happening.

So far I have some morning, fasted glucose levels and a few data points from after fasted exercise, a lowish carb meal, 1 glass of wine and 2 glasses of wine.  I've also just found better information on the insulin response and glucose levels due to food intake (for non-diabetic and non-pre-diabetic people) and it looks like the peak in blood glucose happens 30 minutes after a meal starts and things should be dropping down appreciably 60-90 minutes after you're done eating and back to fasted levels 2 hours after the meal(1).  Definitely more data required for a proper analysis of any kind, but so far it seems that:-
It'd be good to do this for different meal contents to see if there are differences, do the same for wine in isolation, then when I have a baseline look at adding in experimental things in isolation to see what foods I may be able to easily tolerate in terms of keeping away from spiking insulin levels.  Also of interest is insulin response to things that have fake sugar in, e.g. Diet Coke.