The day we'd been looking forward to, with a little bit of appropriately respectful fear as well as excitement, finally came.  This week will go down on the record as being golden and star-studded; having met 4 times Ironman World Champion Chrissie Wellington on Monday at Audio Fuel's product launch, on Friday we went out for a bike ride and a run with two other world champion triathletes at the Olympic and Sprint distances, Alistair and Jonathan Brownlee.

We briefly met them back in October at the British Olympic Ball where, at the time, I was a little bit furious with Mr TOTKat for his last minute bid at the silent auction on "The Brownlees", but was pretty certain we'd've been out-bid after we left to go home that night.  A couple of weeks later, we found out that we hadn't been out-bid and we owed quite a bit of money to the British Olympic Association.  Not that there is any grudgingness at all about supporting Team GB at the 2012 Olympics at all, it was just a bit of a shock.

Thursday evening came and we drove up to Otley, to the Chevin Country Park Hotel to get some sleep in before the treats that were in store at midday on Friday.  We arrived quite late and tired and only got 6 hours in, but felt pretty good for it.  Had a bit of cereal and a lovely cooked breakfast - a couple of Weetabix with some raisins, one thick rasher of smoked back bacon, a poached egg, a slice of black pudding, a grilled tomato and a dollop of gorgeous haggis with some toast on the side.  Nicely set me up for a 90 minute ride and a 30 minute run that were way less flat than I'm used to.

Ali and Jonny arrived on their bikes at 12 and I was a bit of a wuss and let them know that I'm not so great with hills.  Off we headed onto the Yorkshire roads and the first new experience for me was riding two abreast and chatting while riding.  I normally ride alone or behind Mr TOTKat, so riding in a group of 4 and actually chatting most of the time was an interesting change for me.

It was a chilly, crystal-clear, bright day and I was very glad of the skiing socks and overshoes I had on.  It took a me a good while to get warmed up and the first few rises and hills were hard.  With my relative inexperience on the bike, I'm not as confident as most so descending and corners can be less than fun.  But as we made progress I got up the hills, making my apologies for not being able to talk while going up them, albeit slower than the boys but I got up them indeed. 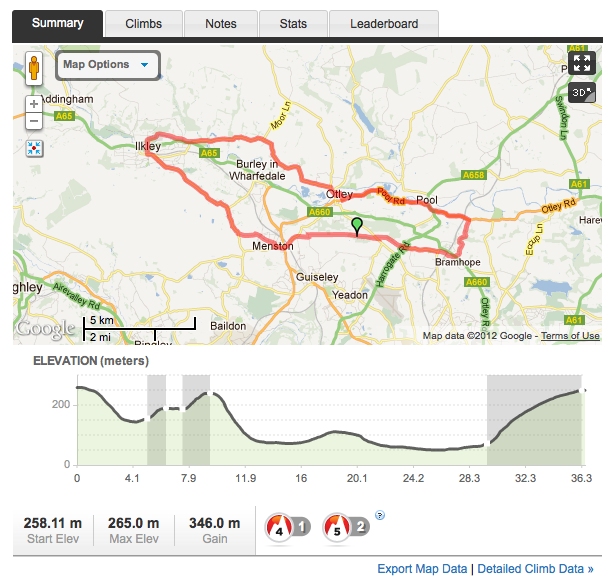 As we rode, I chatted mostly with Jonny; about all sorts of things, the boys' training schedules, how they train (mixture of types of sessions in intensity, discipline etc.), triathlon as a sport, training camps in Lanzarote, easy changes I can make to climb hills on a bike better (get on the small ring earlier, get down the gears earlier to keep things moving - it's all about keeping things moving), Top Gear, the fact that Jonny doesn't drink tea or coffee and the time he got a fly in his eye going up the hill we were climbing at the time.

The Brownlees were great, lovely, sweet, considerate guys and patient with me being not so strong on the bike.  Any time the boys steamed up a hill and I was plodding up, they'd scoot back down a bit to make sure I was OK (I'm just not that quick up hills, getting better though!).  I really really enjoyed myself.  And then there was a 30ish minute jog afterwards, over terrain Mr TOTKat and I, as city-based runners, are just not used to.  Uneven ground, adverse camber, tree roots, rocks, puddles and mud, crunchy frosty grass (sounds great underfoot)... great for the core and brain.  Makes for not making as much distance in the time out running compared with running on park trails and pavement and it can be difficult to come to terms with it, but you (I) just need to get over that and see it for what it is... not the same thing at all as running on park trails and pavement.  But again, we both enjoyed ourselves tremendously.

As we got ready to go out for the run and hung about in the hotel foyer, I caught a glimpse of Jonny's midriff as he adjusted his clothes before heading out.  My goodness me, professional functional fitness generally results in a pretty cut physique, but the likes of David Beckham in his undies commercials photo shoots would be put to shame by Jonathan Brownlee.  If Jonny is ever short of a bob or two, I'm sure he could easily scrape a few extra pennies in from advertising Armani boy-knickers or similar.

OK, so they're both professional, world champion athletes, so you'd expect them to be good but they're so incredibly graceful when running and cycling.  Always moving on the bike, always keeping the pedals turning and at a pretty constant cadence, effortlessly and frequently getting out of the saddle at what seem to be only very slight rises to keep moving at a constant rate.  Running behind them, the thing that struck me and Mr TOTKat was how incredibly light on their feet Ali and Jonny are.  Ali in particular looks like he's floating on a springy cushion of air.  While they're really fluid, natural and lovely to watch on the bike, running is clearly their naturally strongest discipline.  Where Mr TOTKat and I were gracelessly stumbling about over the rocks, roots and mud, Ali and Jonny skimmed over it all, seemingly effortlessly. 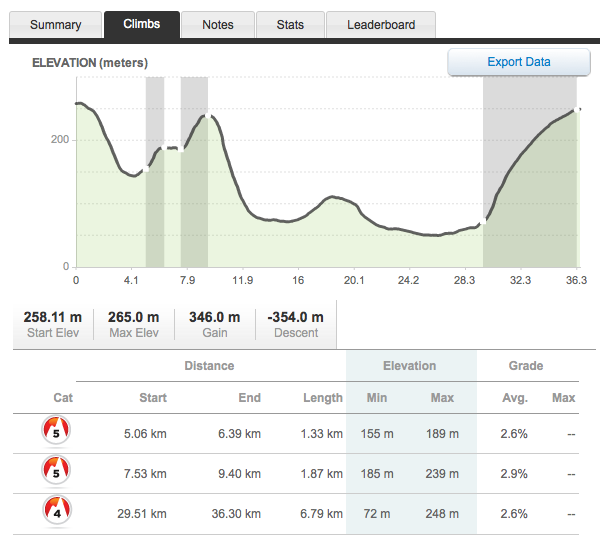 As we got changed for the run, Mr TOTKat and I were talking about just how much we enjoyed the bike ride and I had a huge confidence boost from it as climbing is my biggest weakness on the bike.  Mr TOTKat said I'd got a lot better since the last time we were out together on a ride with any hills; he was only 15s or so faster than me up the long hill towards the end of the cycle route.  Looking at the ride afterwards in MapMyRide I was even more pleased to find that there were 2x Cat5 hills and a Cat4.  Great news for Hell of The Ashdown in a few weeks with the 5x Cat5s and 1x Cat4.  I think I might just get 'round without turning into a snotty, teary, broken person at the side of the road walking up a hill 'cause I can't get up it on the bike :o)

Today, Friday 13th January 2012 has been a really great day so far.  I feel on top of the world, motivated, inspired, my confidence really boosted, and appropriately humbled, as expected, by a pair of young men of great character at the top of their sport.  And to top it all off, we're having dinner with them this evening!  Hopefully the photos that were taken of us before our ride out together will turn up soon too.

...and I'm not cross with  Mr TOTKat any more for that last minute bid.  Quite the opposite.
Posted by TOTKat at 18:13