In the quest for "interesting things to drink" that aren't alcoholic and in a half-baked investigation of Not Drinking Tea, I had a bit of a taste of some herbal infusions. 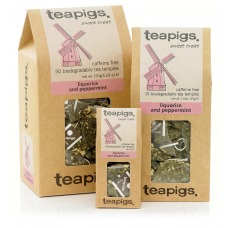 To be honest, I've always found herbal infusions to be pathetic and disappointing.  They always smell great and then taste of naff all.  So I wasn't expecting a whole lot when I bought some TeaPigs - Liquorice and Mint tea.  I'd bought some for my mother for her birthday last year and I'd been recommended that liquorice tea might be good for some little imbalances in my overall well-being (more on this one later) so I picked that rather than a more traditional peppermint or camomile.

And thank god I did.  The first taste test, I brewed a cup for 5 minutes or so and had a sniff.  It smelled pretty darned good, to be honest, but then I've been lured by a good smelling herbal infusion before.  I took a sip and the first second confirmed my prejudice from before; bland, pathetic, wishy wash.... ohgod!  Suddenly sweet!  And minty!  And really rather tasty.  After the first split second of the watery, mildness, I was pretty blown away by the flavour.  But after the first cup, despite being surprised by the power of this infusion, I wasn't fussed about having any more again.

The second cup I had a day or two later was just as good.  Then the next day, in a meeting, I found myself fancying a cup. 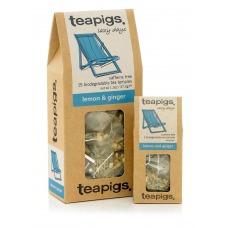 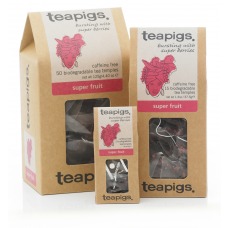 The short of it is, it's good.  I like it.  Like it enough to go through the same process again with the Lemon and Ginger flavour.  Less of an initial success so far than the Liquorice and Mint, but I think it might grow on me.  Next on the list is Super Fruit and I have high hopes for that one.  TeaPigs, so far, really quite rock!
Posted by TOTKat at 21:03