Judgement day, or, "I need Haribo!"

People judge.  Every minute of the day.  They have their own values and standards and ideals and apply them to others.  We all do it, but there are a large proportion of people who think it's OK to vocalise their judgement when it is a "socially acceptable" judgement to make. 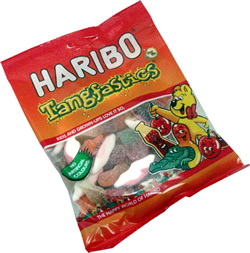 I'm talking about food this time.


There I was at my desk in the office today, with a lovely Wiggle delivery, complete with the little bag of Haribo.  Someone makes a quip that packets of sweets really shouldn't be something that I have in my possession.  I make a half-hearted attempt to let them know that, actually, I'm trying to find stuff to keep me fuelled during endurance rides that aren't gels 'cause I can't stand gels, but it's sort of pointless because the people around me at work just don't get it.  It's because they don't do it.  Most are fit and healthy and some do some pretty hard sports, but simply not 3-6 hours training sessions or longer, building up to a silly-long endurance event so they simply don't come across the same nutritional challenges.

People are brainwashed into a simplistic viewpoint that sweets, biscuits, cakes, fried food, pies etc. are all "bad" and that anyone fit and healthy "should not" and would not be eating that stuff.  But as any fule kno' who does a serious amount of training, and particularly a serious amount of endurance training, you really will need to eat stuff which is commonly considered to be "bad" otherwise you'll have real difficulty in functioning with your training load.  Take long distance cyclists; it's well known that they can't get enough of Percy Pigs (M&S chewy sweets), Haribo, Jelly Beans etc.

OK, they -could- get a lot of their fuel from "real" foods, but the sheer weight to carry and the volume to ingest would be impractical.  There are a number of reasons that sports science has come up with carb drinks and energy gels and it's mostly because: A. energy take-up mechanisms for one simple fuel (e.g. glucose only fuels) can't dump enough into your system fast enough for long sessions (so you really need a mix of -oses); and B. simple sugar rich natural foods are bulky and heavy and often contain other macronutrients in large doses that you don't want to be processing large amounts of during an endurance event.  The rule of thumb is 60g carbohydrates per hour of effort and trust me, that's a LOT of sugar! 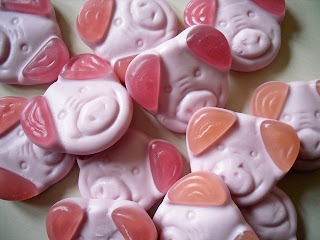 Yes, on a normal day, with a normal training duration I'd eat real food by preference, but god help me if I don't practice, try, and error and find out what high density carb fuels work for my digestion in advance of the longer races.  So don't judge me by the average standards; I need Haribo!
Posted by TOTKat at 08:46