We went to the British Olympic Ball in October 2011 and there was a silent charity auction. 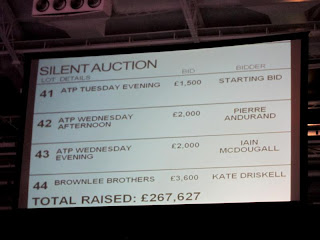 We bid on The Brownlees, given we're slightly fannish and... come on, it's the Brownlee brothers!  When the price went over a certain amount, cut our losses and stopped bidding.  Then in a fit of slight drunkenness on the way out to go home a final bid went in.  Given the guests at the ball that night, we thought we'd not win the lot in a million years... 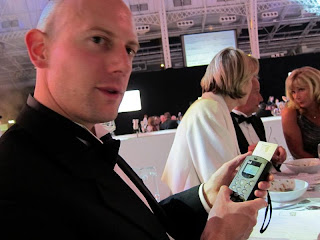 Well, it turns out we did. 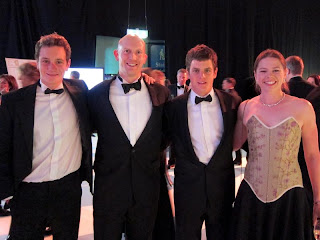 So, on 13th January 2012, we will be spending the day with Alastair and Jonathan Brownlee, the 2011 ITU World Champions (1st and 2nd place at Olympic distance and 3rd and 1st place at Sprint distance). We'll head up north and have lunch with the boys, then a bike ride and a run then dinner.

Excited?  Absolutely!  Scared witless I won't be able to get up the hills?  Ohgodyes!  Happy at least in some part to be supporting British athletes for the Olympics in 2012 in more ways than just sitting on the sofa and cheering, or even lining the cycle route, by donating a reasonable sum of money to the Olympic charity organisation?  Yeah.  Actually, I am.
Posted by TOTKat at 20:30