(as inspired by Laura)

It's been a while since I posted the weekly numbers roundup, probably since before we went skiing and I had a couple of months of enforced rest and wasn't feeling like shouting about it.  So, given that my current crusade is still to get back on track from when my weighing scales broke back in June of last year it's time to start finding more ways to help keep myself on the path.  That problem with the scales was quite a blow to my maintenance and getting back the 5kg that I'd put on without knowing it (mm, that's how much the old scales were under-reporting by!) has been slow work with a couple of set-backs along the way.  I'm almost back to where I thought I was before I discovered the scales were broken, but I want to finish getting there and work on body fat loss so the last remaining wobbly bit stops being quite so wobbly. 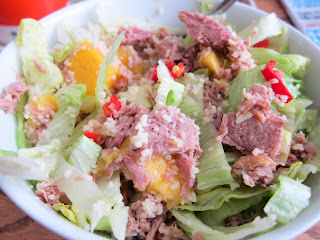 It's been a slightly disappointing week.  I've not seen the results I should have given the numbers above.  I have been honest (god knows, I know how important that is, go see my article on how to lose weight)  and I've actually done more exercise than I'd usually do.  Normally, I'd do 3x weights, 1x swim or run during the week and something at the weekend.  This week I've done 3x weights, 1x big swim and 4x cycles.  So, the lack of loss may well be due to the fact that I've been eating more (still keeping pretty much to the quota allowed for loss, including the kcals earned through exercise) so there's more in transit when I'm weighing in the morning.  this means I -should- see a comparitive loss next week of the correct amount (i.e. 500g or 1lb) as there'll be roughly the same amount in transit but I should have lost the right amount of fat.

Today goes like this (a rest day, the only one this week!):-
B - toasted wholegrain seeded Food Doctor bagel with Marmite and a poached egg
L - salad; tuna, mango, chilli, lime and iceberg lettuce
S - half a banana and strawberries
D - salad; chicken breast, new potatoes, plum tomatoes, romaine lettuce and  boiled egg